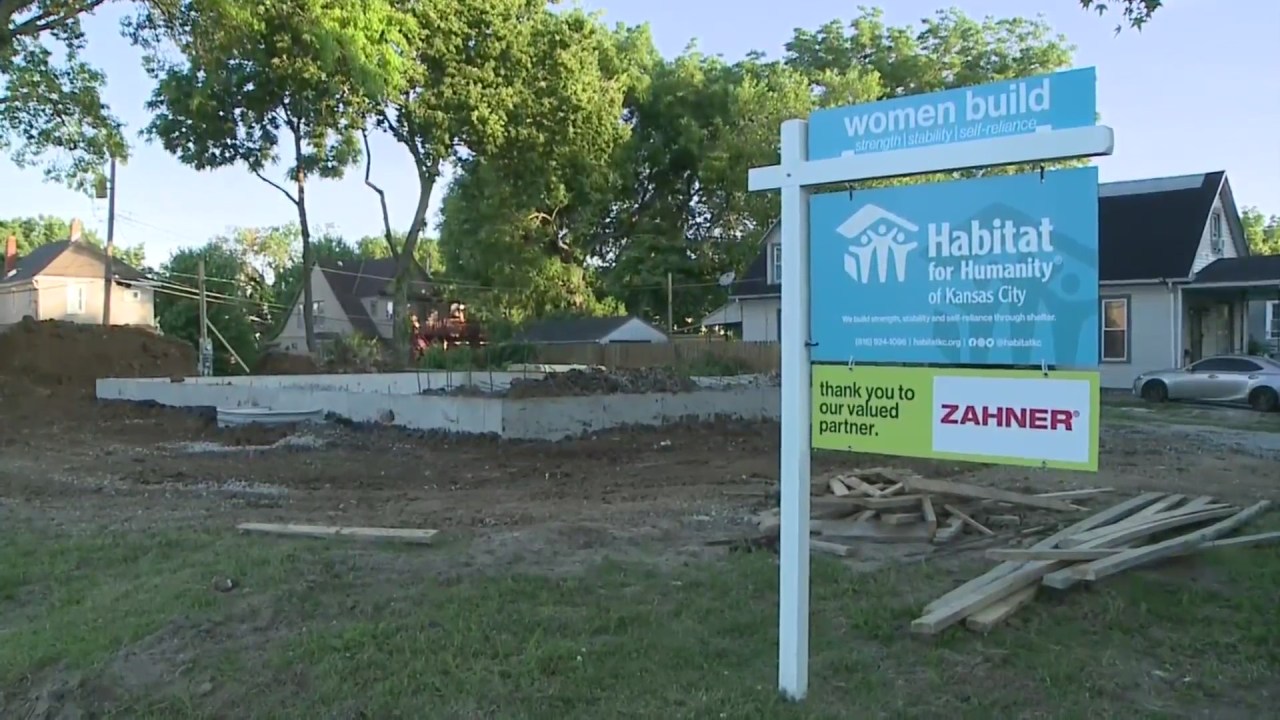 KANSAS CITY, Mo. — Women are helping build four new homes on the city’s east side, which had been postponed during the last year because of the pandemic.

Habitat KC’s Women Build Initiative is based in the area near 26th Street and Olive Avenue.

Volunteers work at least one day to help families build strength, stability and self reliance by creating homes.

This is also a way to highlight the homeownership challenges faced by many single women who are leaders of their families.

Volunteers get the chance to learn skills that make them feel more independent and help build a community where more people have safe, decent places to live.

The need for affordable housing has never been greater, as an overheated housing market has sent prices skyrocketing for the few homes available for sale.

Six out of ten people living in poverty are women, and women with children are more likely to be affected by poor living conditions.

Shanita McAfee-Bryant knows the recipe for success. From creating new recipes within her family’s kitchen to winning Cutthroat Kitchen, a popular Food Network game show, McAfee-Bryant looks to use her … END_OF_DOCUMENT_TOKEN_TO_BE_REPLACED

For forty years, the low-slung but striking Vine Street stone buildings on the periphery of Kansas City’s historic Jazz District have sat vacant, boarded up, surrounded by a chain-link fence and … END_OF_DOCUMENT_TOKEN_TO_BE_REPLACED

Illustration by Makalah Hardy. As the name implies, hot pots are hot. How hot? My server can’t tell the exact temperature of the rich broth tossing dried chiles around at a rolling boil on the … END_OF_DOCUMENT_TOKEN_TO_BE_REPLACED

André’s has been making quiche since 1955, and not originally by choice. “The concept that my grandparents came over here from Switzerland with was exclusively pastries and chocolates—1955 Kansas City … END_OF_DOCUMENT_TOKEN_TO_BE_REPLACED

Rain or shine, something Kansas Citians have been able to count on for the last thirty years is turning to KSHB 41 News and watching chief meteorologist Gary Lezak tell them what to expect. But with … END_OF_DOCUMENT_TOKEN_TO_BE_REPLACED