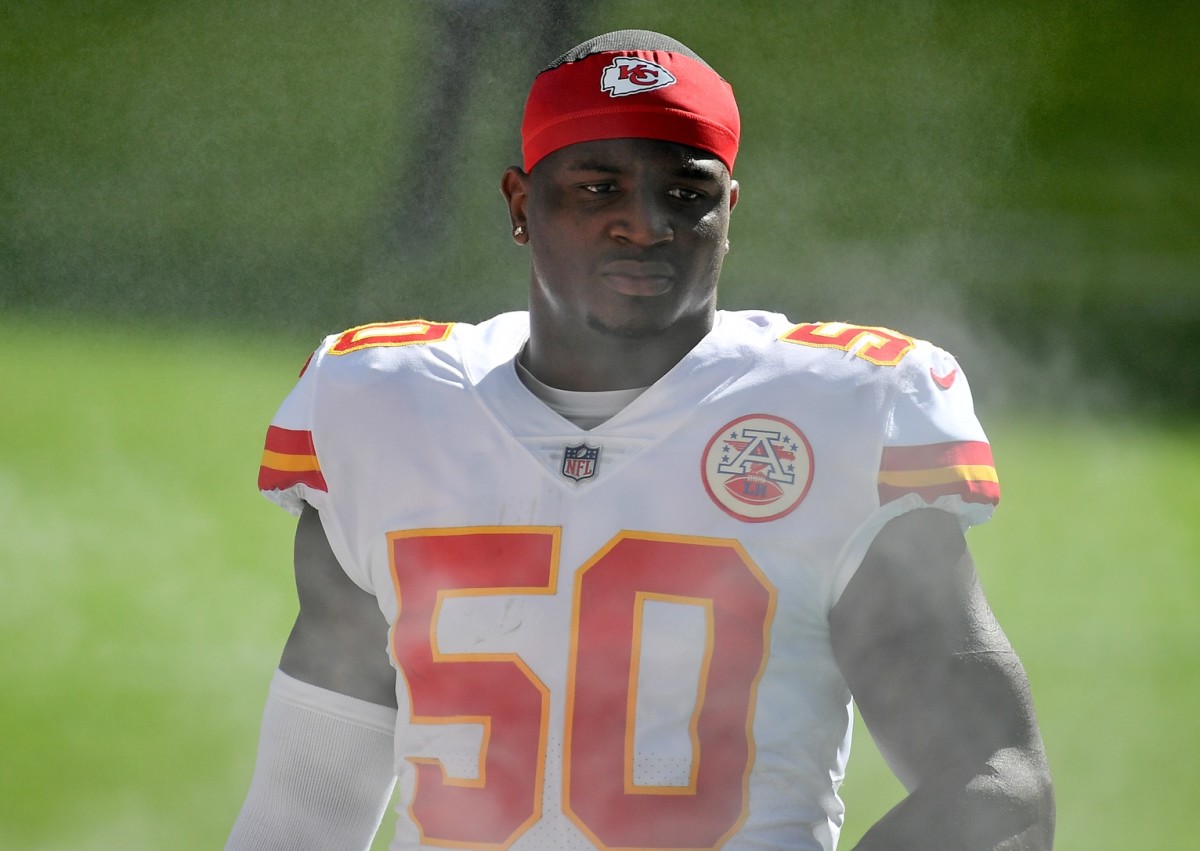 Last week, the second-year jump series was revived by taking a look at Clyde Edwards-Helaire and working through his rookie season by measuring his success and how he can continue to grow in the Kansas City Chiefs’ offense. This week, it’s time to take a look at linebacker Willie Gay Jr., the Chiefs’ second-round selection in the 2020 NFL Draft out of Mississippi State.

Linebacker was a position of need for the Chiefs ahead of the 2020 draft, and Chiefs fans became acquainted with names like Kenneth Murray, Jordyn Brooks and Patrick Queen throughout the pre-draft process.

Murray, Brooks, and Queen were all selected before the Chiefs’ first pick at the end of the first round. If one of them had been available, would the Chiefs have selected one of them rather than taking Edwards-Helaire at pick 32? No one outside of Arrowhead knows for sure, and that can only be speculated. What can be deduced is that the Chiefs were keeping tabs on the linebacker position and wanted to take one early in the draft, ultimately landing Gay at the end of round two.

There was only one linebacker besides Gay taken in the second round, and that was Josh Uche from Michigan who ended up with the New England Patriots and only played in one game during his rookie season. Not to go too far off-topic, but there were five running backs taken in the second round. If the Chiefs wanted Edwards-Helaire, he wouldn’t have been there at the end of round two. Due to some off-field issues that Gay had been involved with during his time at Mississippi State, the Chiefs felt like they could take a risk to wait and see if Gay would fall to them at the end of the second round. That gamble paid off.

Chiefs general manager Brett Veach has mentioned several times since they drafted Gay that he was a first-round talent. There was no way to be sure he’d fall to them at the end of round two, but between his off-field issues and the lack of pre-draft workouts that teams were able to do with prospects due to the COVID-19 pandemic, Veach had confidence they could get their guy.

There was excitement throughout Chiefs Kingdom with the skillset that Gay would bring to the table. He was different from any other linebacker they had on the roster. His style of play was a fast, sideline-to-sideline, heavy-hitter type. He could bring some physicality and speed that the Chiefs’ defense had been lacking at the position for several seasons.

From the start of the year, Chiefs defensive coordinator Steve Spagnuolo said that it might take some time for Gay to get acclimated to the defensive scheme. Gay practiced at every linebacker position but was mostly used in the base 4-3 defense. If the team was in a pass-heavy defensive formation, Gay wasn’t seeing the field unless it was on special teams. This made for an up-and-down rookie season.

Despite not having a full-time role to start the season, Gay ended up starting eight games due to injuries that ran the linebackers thin. He finished the season with 39 tackles, three tackles for loss, three passes defended, one sack and one forced fumble. His best game of the season came in Week 16 against the Atlanta Falcons, in a close 17-14 victory that secured the Chiefs’ first-round bye in the playoffs. He started the game and had nine tackles including one tackle for loss.

Just when it looked like Gay had turned a corner, just before the playoffs, he was hurt on the third play of the game in the Week 17 finale against the Chargers. This ankle injury ended Gay’s season.

This sets up a unique situation for Gay heading into his second year with the Chiefs. It is almost certain that Gay will have an expanded role in the defense this year and he should be in line to start at the WILL position from Week 1. The drafting of linebacker Nick Bolton in the second round of the 2021 NFL Draft shouldn’t affect Gay’s playing time as Bolton is more of a MIKE linebacker type.

Long-term, Bolton and Gay could be a dynamic duo. It will be interesting to see how Spags gets them onto the field at the same time for the 2021 season, but Gay has a year of experience in the defense and showed progression toward the end of the year.

Heading into year two, Willie Gay Jr. has the potential to have a breakout season. If he is a starter in all 17 games, it’s conceivable that he turns into a 100-tackle player. With more experience and an expanded role, the numbers will certainly increase. This is a second-year jump candidate that should get Chiefs fans very excited as the season draws near.

Next year Worlds of Fun will reach fifty years of business, and to celebrate it is bringing back one of its most legendary roller coasters: the Zambezi Zinger. At the time of Worlds of Fun’s opening … END_OF_DOCUMENT_TOKEN_TO_BE_REPLACED

Standing in the same location since 1857, the City Market is nearly as old as Kansas City itself. In the 1850s, over three hundred steamboats traveled on the Missouri River—including the Arabia before … END_OF_DOCUMENT_TOKEN_TO_BE_REPLACED

At 6 p.m. this Friday at the Kauffman Center, TEDxKC will have a lineup of ten speakers whose expertise range from a sky full of stars to the key to happiness to a MacArthur Genius. The theme is … END_OF_DOCUMENT_TOKEN_TO_BE_REPLACED

Mesoamericans called it food of the gods. From central Mexico down to Honduras, where the cacao tree grows native, ancient Olmecs, Mayans and Aztecs would gather the oblong fruit and break open its … END_OF_DOCUMENT_TOKEN_TO_BE_REPLACED

The definition of “comfort food” tends to vary depending on who you ask. At two new Brookside restaurants, Brady & Fox and Earl’s Premier, the term applies both to time-honored Irish recipes and East … END_OF_DOCUMENT_TOKEN_TO_BE_REPLACED