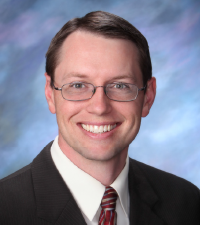 West Gate Bank® (westgate.bank)  recently announced the promotion of Jeremey Shiers to Executive Vice President of West Gate Bank and President of the bank’s mortgage division. Shiers was also elected to the bank’s Board of Directors. He will be taking over for Mark Hansen, who is retiring after a 40-year career in the banking industry, including the last 18 years at West Gate Bank, where he served in a variety of leadership positions.

Shiers joined West Gate Bank in 2016 as Chief Financial Officer (CFO) of the mortgage division, where he led financial management and reporting, secondary market and other strategic initiatives. In his new role, he will manage the entire mortgage division and serve on the bank’s Executive Committee. Shiers is a graduate of the University of Nebraska at Kearney, where he earned his degree in business administration. He also completed the Colorado Graduate School of Banking. Shiers is working out of the West Gate Bank Center at 6003 Old Cheney Rd. and can be reached at (402) 434-4089 or jshiers@westgate.bank.

West Gate Bank® is a family-owned community bank with locations in Lincoln and Omaha. As a full-service banking institution, they are large enough to serve all your personal or commercial needs, yet small enough to provide the outstanding personal service that only a community bank can deliver. They’re committed to your success and invested in your financial well-being. At West Gate Bank, their interest is you! Visit westgate.bank for more information.

Roger Daltrey contracted pneumonia after sitting in a tub of baked beans for a photoshoot.The Who frontman “drew the short straw” when it came to creating the artwork for the group’s 1967 album ‘The … END_OF_DOCUMENT_TOKEN_TO_BE_REPLACED

The Daily Beast‘I’m at Breaking Point’: Radio Host Who Regrets Mocking Vaccines Is ‘Fighting for His Life’HandoutA conservative radio host in Tennessee, who repeatedly spread misinformation about … END_OF_DOCUMENT_TOKEN_TO_BE_REPLACED

Gymnasts raised their arms and struck familiar poses — without the familiar explosion of cheers. Nothing to hear near the beach volleyball courts, either, except the piercing hiss of cicadas in … END_OF_DOCUMENT_TOKEN_TO_BE_REPLACED

Editor's note: Bill Tammeus is a former columnist for The Kansas City Star and writes columns for The Presbyterian Outlook and formerly for The National Catholic Reporter.Back in 1981, when I was a … END_OF_DOCUMENT_TOKEN_TO_BE_REPLACED