I anticipate that we’ll see a few isolated storms lasting into Friday evening. We’re not expecting much severe weather, but a storm or two may pulse up quickly and produce large hail or gusty winds for a brief period. That’s about it. These storms will be isolated in nature, meaning that not everyone will be lucky enough to see rain on Friday evening.

We should dry out overnight Friday and into Saturday morning with skies becoming mostly clear. Lows on Friday morning should be near 76°.

Saturday looks to be another hot one under mostly clear to partly cloudy skies for Lincoln. Highs should top out in the upper-90s, with the humidity making temperatures feel over 100° during the afternoon.

Our attention then turns to our next rainmaker set to arrive late Saturday and early Sunday. A cold front will push through the central part of the state sometime Saturday afternoon and early evening. I anticipate that some storms will fire along this front and move eastward throughout Saturday evening.

Of course, locations farther west – such as the Tri-Cities – would see this rain earlier on Saturday evening. As the front moves east, this could bring some rain to Lincoln late Saturday and early Sunday morning. I wouldn’t be surprised to see a few scattered showers last into Sunday afternoon. 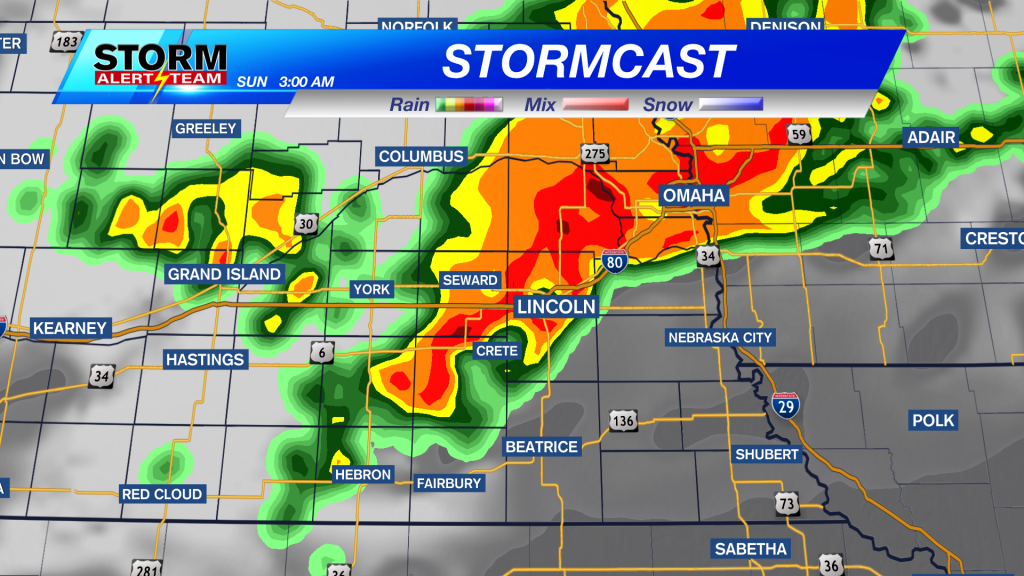 The cold front will deliver a cooler air mass. As a result, we’re dropping high temperatures on Sunday into the mid-80s. Despite the cooldown in temperatures, the humidity will be sticking around.

The cold front that passes on Sunday morning will eventually lift back through the area as a warm front on Monday, giving us another shot at some isolated showers. More heat returns after Monday, with forecast high temperatures back in the 90s starting Tuesday.

The pandemic threw a wrench in many people’s holiday shopping. What used to be trips to stores and markets with the family to find the perfect gift turned into Amazon wish lists and online gift cards. … END_OF_DOCUMENT_TOKEN_TO_BE_REPLACED

Rhonda LeValdo travels from Lawrence to Kansas City for every Chiefs home game, but she’s never actually been inside Arrowhead Stadium. Instead, she stands by a bus stop at the corner of Red Coat Lane … END_OF_DOCUMENT_TOKEN_TO_BE_REPLACED

For eighty years, a story has remained buried under the tales of the great men of Kansas City jazz, from Count Basie to Charlie Parker. Living and playing alongside them was another legend, pianist … END_OF_DOCUMENT_TOKEN_TO_BE_REPLACED