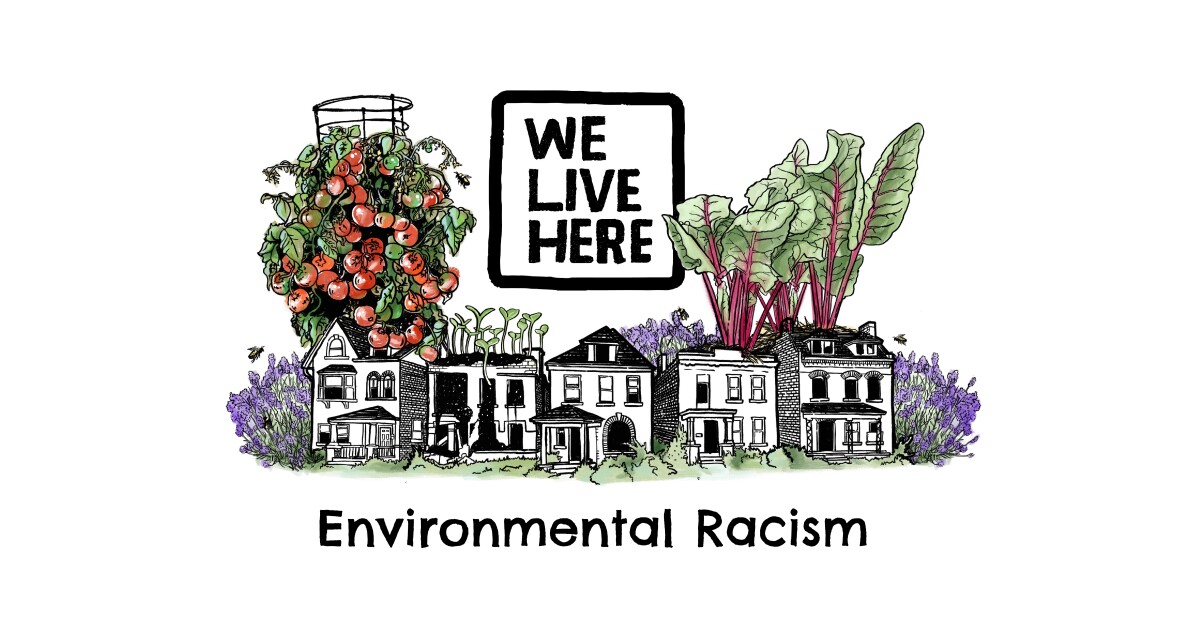 Last week, We Live Here debuted the first episode of their eighth season, which is focused on environmental racism. The series builds off of the previous two topics where co-hosts Lauren Brown and Jia Lian Yang explored the effects of the COVID-19 pandemic and the Black Lives Matter movement. This season showcases the intersectionality between systemic racism, housing conditions and health outcomes.

On Tuesday’s St. Louis on the Air, the We Live Here team joined host Sarah Fenske to delve into what the season has to offer.

“Locally, we’ve had a lot of activists and advocates really interested in environmental racism on a national level. You also hear interest, for example, with the Green New Deal. And the consensus is really that climate issues and issues related to the environment can’t be put off any longer. And really, we’ve been putting them off too long. And one thing that we wanted to point attention to is that black people have been really saying, ‘Yeah, these are issues that need to be addressed now,’” Yang said.

The Farm Dreams & Toxic Dust episode follows two local artists, Dail Chambers and Simiya Sudduth, and their efforts to build an educational garden in north St. Louis. Their plans were put on hold as demolitions of nearby vacant buildings are impacting residents’ health.

“They want to bring this community fresh produce. They want to bring more life and more vibrancy to the community, but they’re in the midst of this obstacle,” Brown said. The buildings’ old age is a huge factor, making them more prone to carrying things such as lead-based paint and asbestos.

“[Chambers and Sudduth] have been trying to cover the soil and cover the farm with burlap and tarp and things of that nature,” Brown added. “Dail talks about having to stay at a hotel because the air that they were breathing in was just so bad. Sometimes they go out there to clean and they can’t even stay long.”

Brown and Yang spoke to city officials including building commissioner Frank Oswald and vacancy strategist Laura Ginn about the demolitions. The officials cited budget constraints and a lack of capacity to deal with the matter.

“Racism is not necessarily an interpersonal issue,” Yang said. “You could have people with the best intentions in offices, but also there’s a problem when the city allocates money towards demolitions and prioritizes demolitions without allocating money to enforcement, without allocating money to oversight, and also without paying attention to what is the culture of the city of people when they think about different areas.”

Other topics the We Live Here team plans to address this season include the high rates of asthma in St. Louis, reproductive justice and Black activists in the environmental justice movement.

“St. Louis on the Air” brings you the stories of St. Louis and the people who live, work and create in our region. The show is hosted by Sarah Fenske and produced by Alex Heuer, Emily Woodbury, Evie Hemphill and Lara Hamdan. The audio engineer is Aaron Doerr.

Caranne Camarena wanted to create a space for artists to work on their pieces and collaborate in an artistic community, much like she had at her alma mater, Kansas City Art Institute. Overland Park … END_OF_DOCUMENT_TOKEN_TO_BE_REPLACED

February is short but sweet. This month, we share our picks for the city’s best bonbons and a lot of other unique sweets that are baked, dipped and drizzled to perfection. By Dawnya Bartsch, Martin … END_OF_DOCUMENT_TOKEN_TO_BE_REPLACED

Photo by Caleb Condit and Rebecca Norden It’s Valentine’s Day month, but fancy chocolate deserves to be enjoyed year-round. We visited chocolatiers around the … END_OF_DOCUMENT_TOKEN_TO_BE_REPLACED

Posted on December 1, 2022 Overland Park now has more access to information about its Police Department than ever, thanks to a library of online transparency-focused … END_OF_DOCUMENT_TOKEN_TO_BE_REPLACED