Who would have thought that 90° air would feel so good…no more 100° temperatures on this Friday! In fact, Lincoln was only in the upper 80s for most of the day. This was thanks to some cloud cover and some scattered showers hanging around the area which kept things on the cooler side.

You may have to dodge a couple more isolated showers for the rest of the evening. Other than that, we’re dry across much of the state. We stay partly to mostly cloudy into Saturday morning with a small chance for an isolated storm. Lows will be slightly above normal, around 67 degrees. 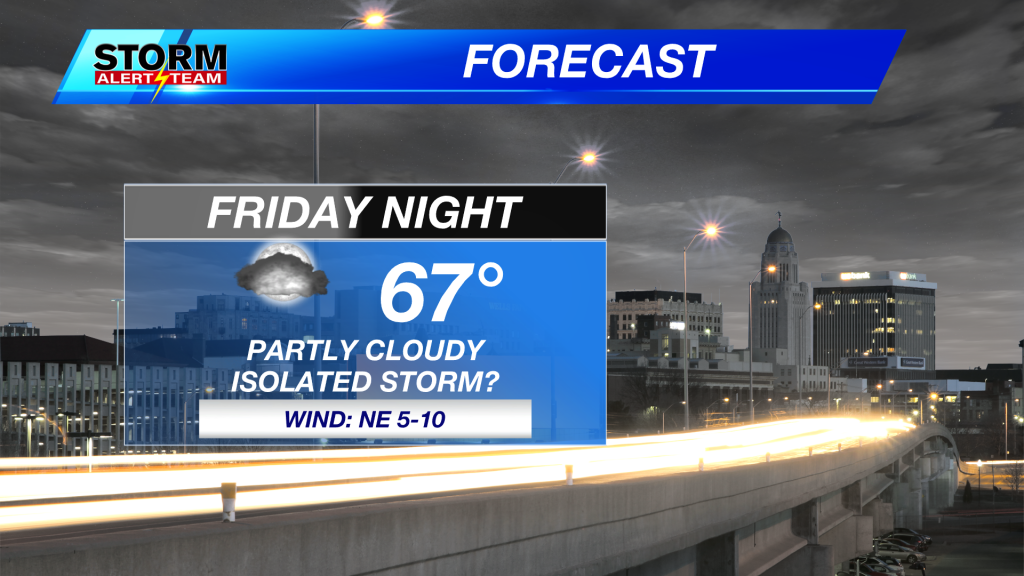 Saturday looks to be partly cloudy with an isolated storm chance during the afternoon and early evening. Another warm day, a high near 91. 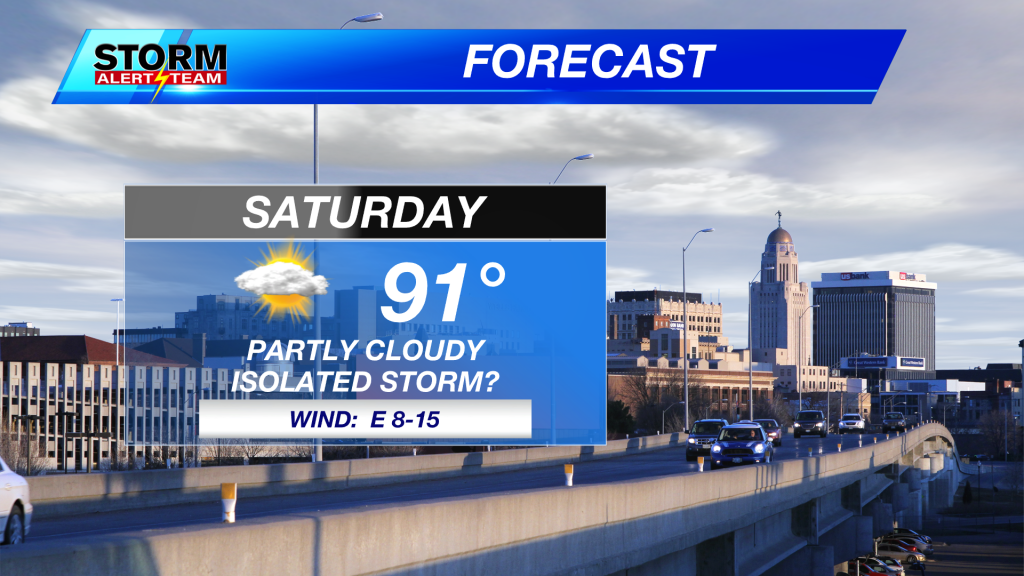 Rain chances are better late tomorrow night and into Sunday morning. The storm activity late Saturday and early Sunday morning appears to be favored in the southern portions of Nebraska, and there are still questions as to whether these storms will be able to hold it together by the time they get to Lincoln.

Any severe weather risk for the storms late Saturday night and into Sunday morning is mainly in southwest Nebraska, far removed from Lincoln. The Storm Prediction Center has placed areas west of the Tri-Cities under a slight risk for severe weather tomorrow night. 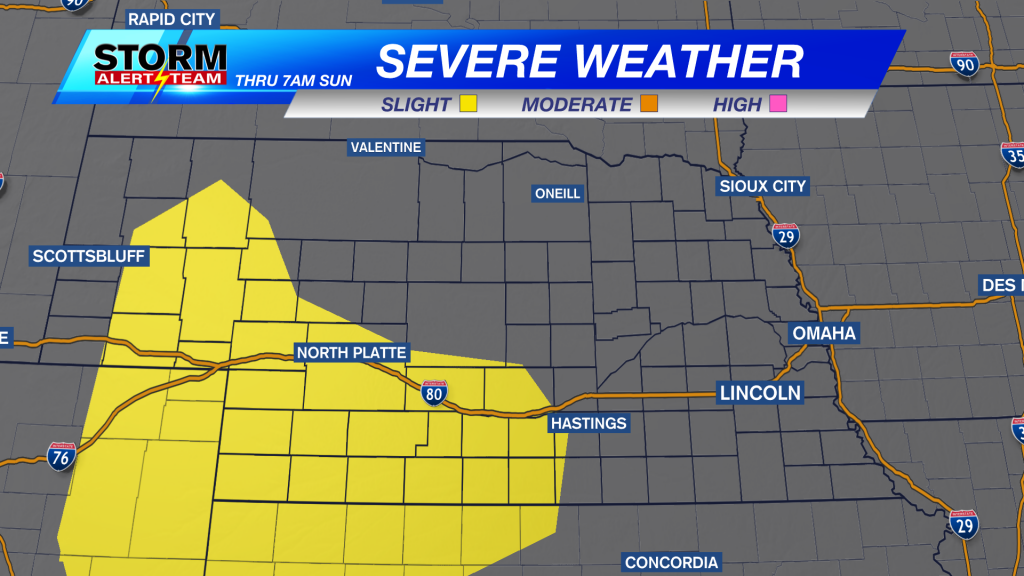 In those regions, the primary concern would be damaging winds. These storms should depart by Sunday morning. Sunday morning looks mostly dry. However, here is a chance for some isolated showers Sunday afternoon as a cold front approaches. This cold front will pass by Sunday evening, setting the stage for a BIG temperature drop on Monday…

Shanita McAfee-Bryant knows the recipe for success. From creating new recipes within her family’s kitchen to winning Cutthroat Kitchen, a popular Food Network game show, McAfee-Bryant looks to use her … END_OF_DOCUMENT_TOKEN_TO_BE_REPLACED

For forty years, the low-slung but striking Vine Street stone buildings on the periphery of Kansas City’s historic Jazz District have sat vacant, boarded up, surrounded by a chain-link fence and … END_OF_DOCUMENT_TOKEN_TO_BE_REPLACED

Illustration by Makalah Hardy. As the name implies, hot pots are hot. How hot? My server can’t tell the exact temperature of the rich broth tossing dried chiles around at a rolling boil on the … END_OF_DOCUMENT_TOKEN_TO_BE_REPLACED

André’s has been making quiche since 1955, and not originally by choice. “The concept that my grandparents came over here from Switzerland with was exclusively pastries and chocolates—1955 Kansas City … END_OF_DOCUMENT_TOKEN_TO_BE_REPLACED

Rain or shine, something Kansas Citians have been able to count on for the last thirty years is turning to KSHB 41 News and watching chief meteorologist Gary Lezak tell them what to expect. But with … END_OF_DOCUMENT_TOKEN_TO_BE_REPLACED