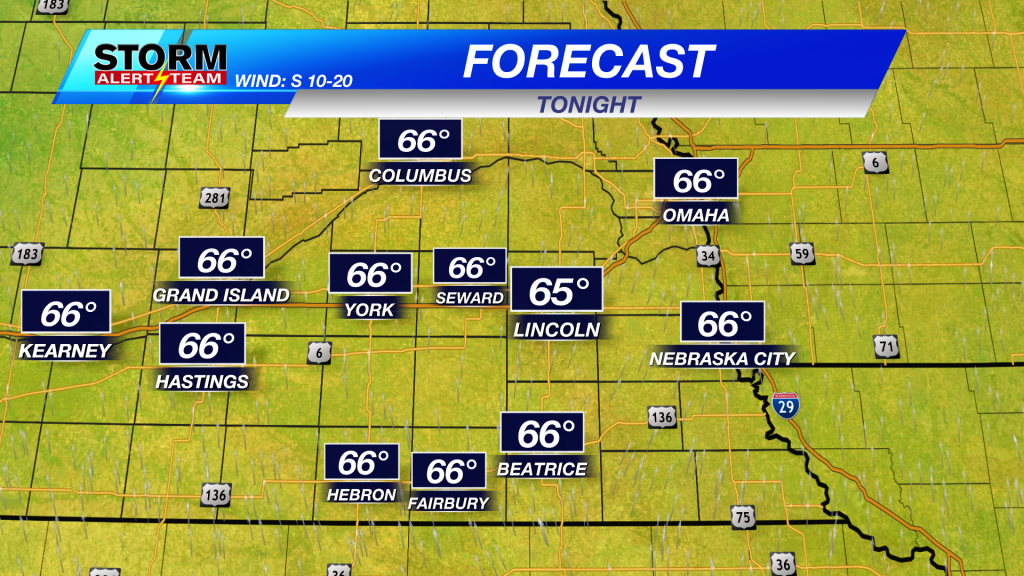 The humidity is here and it doesn’t look like it’s going to be going anywhere anytime soon. High temperatures over the next several days will be in the middle 80s and the dew point will be in the lower to middle 60s.

Showers and storms will be possible on and off on Sunday with the severe weather potential relatively low in eastern Nebraska. Storms will start up later Sunday afternoon in western Nebraska and those do have the potential to be strong to severe. They will move east during the evening hours Sunday and diminishing in strength as they do. They may make it into eastern Nebraska by late Sunday, but they should have diminished in strength by then.

Showers and storms continue to be possible through the first part of next week and severe weather will be possible.

Oktoberfest You won’t go thirsty at Kansas City Bier Company’s annual Oktoberfest, which returns to Crown Center on October 7 and 8. Among the offerings are traditional lagers in the style of Munich … END_OF_DOCUMENT_TOKEN_TO_BE_REPLACED

When you think about wine, do you picture Missouri? If not, a new documentary by TasteMAKERS hopes to change your mind. “I fell in love with Missouri wine early on,” says Cat Neville, the … END_OF_DOCUMENT_TOKEN_TO_BE_REPLACED

Photo by staff. Ashton Bethel started making home decor during the pandemic as a hobby. Now, she has her own business: High Noon Pottery (@highnoonpottery). Typically, Bethel … END_OF_DOCUMENT_TOKEN_TO_BE_REPLACED

You can never tell the secrets a tortilla holds. I am not referring to what this deceptively plain wrapper carries between its folds: the al pastor licked with heat and pineapple or some impossibly … END_OF_DOCUMENT_TOKEN_TO_BE_REPLACED

Here are nine great things to do in Kansas City the weekend of September 29 to October 2, including the biggest barbecue in the world, a mashup of Oktoberfest and Dia de los Muertos and the Violent … END_OF_DOCUMENT_TOKEN_TO_BE_REPLACED