Breaking overnight, rockets have targeted an Iraqi military base with U.S. troops

The rockets hit the airbase around 7 a.m., local time. No servicemen were injured but a “civilian contractor suffered a cardiac episode while sheltering and sadly passed away shortly after.”

It was the first attack since the U.S. struck Iran-aligned militia targets along the Iraq-Syria border last week. This attack comes just two days before Pope Francis is supposed to visit Iraq in a trip that will include Baghdad, southern Iraq, and the northern city of Irbil.

The rocket launcher used to fire on Ain Al-Asad base was found in the al-Bayader agricultural area near the town of al-Baghdadi, about 180 kilometers northwest of Baghdad.

The U.S. Department of Defense released the following statement concerning the attack:

We can confirm that early this morning the air base at Al Asad in Iraq came under rocket attack.
Preliminary indications are that approximately ten rockets were fired from points of origin east of the base.
There are no current reports of U.S. servicemember injuries and all are accounted for. A U.S. civilian contractor suffered a cardiac episode while sheltering and sadly passed away shortly after.
Iraqi security forces are on scene and investigating. We cannot attribute responsibility at this time, and we do not have a complete picture of the extent of the damage. We stand by as needed to assist our Iraqi partners as they investigate.
Al Asad’s Counter-Rocket, Artillery, Mortar (C-RAM) missile defensive systems engaged in defense of our forces.
Secretary Austin was briefed by his team and is closely monitoring the situation.
We extend our deepest condolences to the loved ones of the individual who died. 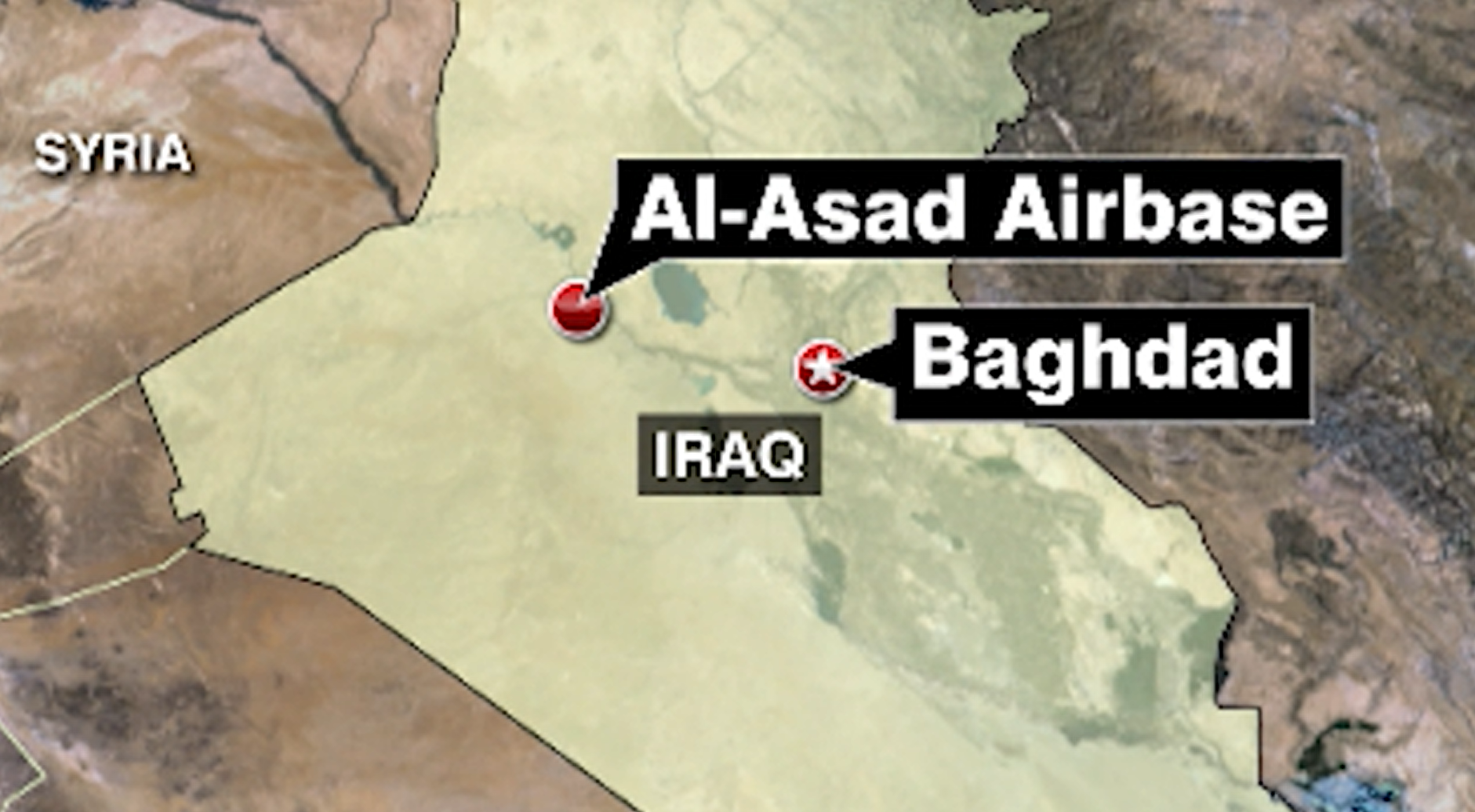 Photo courtesy of Charlotte Street Foundation Not Quite Fatal A group show of seven artists whose practices include printmaking, sculpture, and drawing, Not Quite Fatal was … END_OF_DOCUMENT_TOKEN_TO_BE_REPLACED

In the depths of the pandemic lockdown, when people around the world were feeling isolated and depressed, a group of Kansas City beer geeks started a group called Quarantined Beer Chugs. It was a … END_OF_DOCUMENT_TOKEN_TO_BE_REPLACED

Perhaps I’ve had cachete tacos in Kansas City before and not realized it. They go by a couple other names—cabeza, barbacoa. In Spanish, cachete means “beef cheeks” (one part of the cabeza) and it is … END_OF_DOCUMENT_TOKEN_TO_BE_REPLACED

Posted on January 25, 2022 City Council has approved a new pilot program allowing many Overland Park residents to raise chickens. Under the program, residents will be able to … END_OF_DOCUMENT_TOKEN_TO_BE_REPLACED