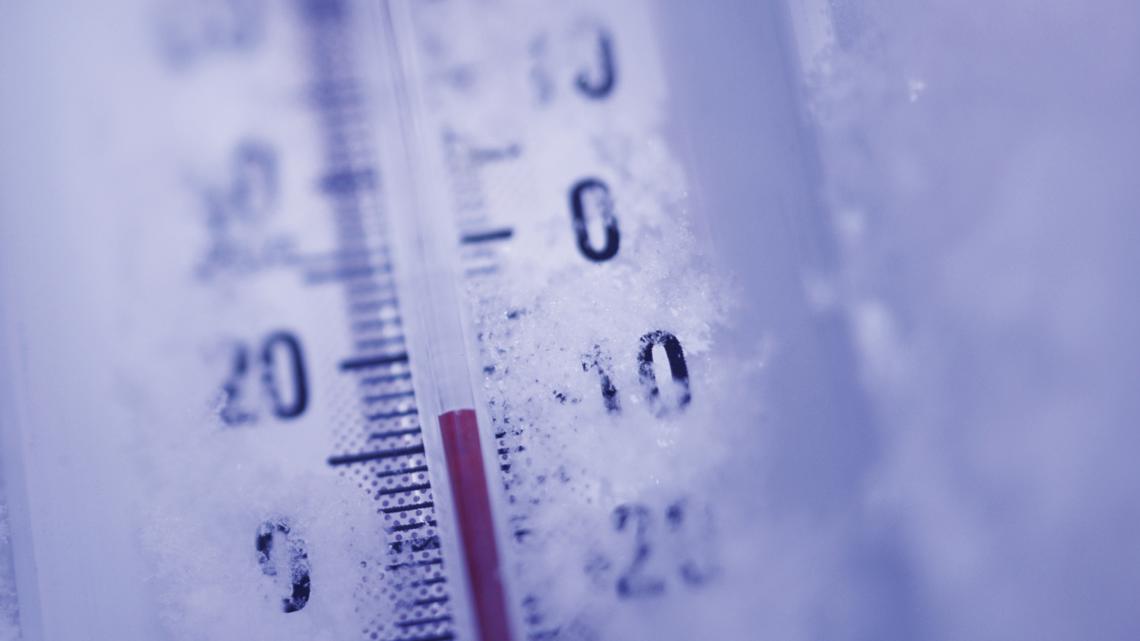 Areas outside of St. Louis could experience rolling blackouts while St. Louis Spire customers could see a bigger bill due to supply issues and increased demand

ST. LOUIS — Utility companies in Missouri are preparing to take extreme measures to handle the incredibly high demand due to dangerously cold temperatures.

Spire Energy is urging customers to conserve energy due to natural gas supplies across the country. According to a news release from the company, the shortage is twofold. The extreme cold in much of the Midwest increased demand, but it also resulted in natural gas wells freezing in parts of the country.

“Our teams are working hard to make sure our customers are safe and warm during these weather conditions,” said Scott Carter, Spire Missouri president. “We are carefully monitoring the situation and while our systems remain strong, we want to work together as a community by taking some temporary steps to make sure they stay that way.”

Spire said the St. Louis area is not expected to have service outages, but the increased demand throughout the country is expected to result in a price increase.

“With the weather conditions creating a combination of supply issues and high demand, we are seeing increases in natural gas prices in our region,” Carter said in the news release. “How this will specifically impact customer bills is something we can’t quantify at this time.”

RELATED: How to stay warm in extreme cold if your power goes out

You can find more information on their website by clicking here.

At around 11:30 a.m., more than 200 Kirkwood Electric customers were without power. The mayor said electric crews were dispatched to resolve the issue, and as of 3 p.m., all the outages had been restored.

On the other side of the river, firefighters reported to the scene of a large fire at a lumber hard in Edwardsville, Illinois. The fire has led to more than 1,000 power and natural gas outages in the area.

Ameren Illinois confirmed with 5 On Your Side that the fire has led to about 1,300 customers to lose their electricity. The fire took down a line, which led to the power outage. Utility crews are on the scene trying to fix the issue using a workaround that should restore power to the vast majority of customers by about 4:30 p.m., Ameren officials said.

On Monday afternoon, Cuivre River Electric Cooperative urged members to reduce their impact on the grid.

“High power consumption levels across the grid have the potential to cause intermittent service disruptions,” the cooperative said on Facebook.

Outside of the St. Louis area, some energy companies have begun implementing rolling power outages in response to overwhelming demand for power during record-setting low temperatures and wind chills.

The Southwest Power Pool, a group of utilities across 14 states, called for rolling outages because the supply of reserve energy had been exhausted. Some utilities said they were starting blackouts, while others urged customers to reduce power usage.

Electrical services provider Evergy in eastern Kansas and western Missouri began 30- to 60-minute blackouts shortly after noon on Monday. City Utilities in Springfield and the city of Independence also implemented rolling blackouts to their customers.

The power blackouts come as nearly all of Missouri is gripped by temperatures that barely reached zero degrees and wind chills that in some areas registered at minus 30.

Other cities across the country are experiencing similar issues, as the Associated Press has reported.

HOUSTON — A winter storm making its way from the southern Plains to the Northeast is affecting air travel.

Officials said Bush Intercontinental Airport runways will remain closed until at least 1 p.m. Tuesday, as the region remains under the grip of subfreezing temperatures. That’s a day longer than previously estimated.

DALLAS — The nation’s largest oil refinery shut down because of the winter weather hitting Texas.

Motiva said it shut down the Port Arthur, Texas, refinery due to “unprecedented” freezing conditions along the Gulf Coast.

The company said it was monitoring the weather and would resume operations “as soon as it is safe to do so.”

Even with the record-breaking temperatures, none fell as low as Valentine in north-central Nebraska, which saw the mercury dip to minus 33.

NASHVILLE, Tenn. — The Tennessee Emergency Management Agency is urging people to be cautious as road conditions worsen amid a winter storm.

The agency says people should not travel unless necessary.

The Tennessee Department of Transportation said impacted roads are being treated and plowed and there were no major issues as of late morning.

Shelters and warming centers were opened in Nashville, Paris, Jackson and Memphis.

SEATTLE — A winter storm that blanketed the Pacific Northwest with ice and snow is causing lingering problems.

Hundreds of thousands of people in Oregon are still in the dark after heavy snow and then ice brought down tree branches this weekend and blocked storm drains in Washington state and Idaho, raising concerns about flooding.

Portland General Electric’s map of power outages listed 288,922 customers without electricity, most in Clackamas County. At least 4,000 power lines were brought down by ice and tree limbs and multiple transmission lines were severely damaged by the storm that swept through this weekend.

The winter weather wasn’t giving up its grip in the Cascade Range, where heavy snowfall was expected at times all week.

State officials were reaching out by phone to reschedule everyone for appointments later in the week.

MINNEAPOLIS — The National Weather Service says several cities are experiencing record lows amid a winter storm that’s dropping snow and ice in a huge swath of the U.S.

The weather station in Hibbing/Chisholm, Minnesota, saw a record low of minus 38 degrees, while Sioux Falls, South Dakota, hit minus 26 degrees.

La Crosse, Wisconsin, reached a record low of minus 19.

In Dallas, the low could drop to just 1 degree Monday. The weather has prompted a power emergency in Texas, where rotating power outages were initiated by the Electric Reliability Council of Texas.

LOUISVILLE, Ky. — Kentucky officials urged people to stay off the roads after one round of wintry weather hit the state and another was forecast to start Monday afternoon.

“We already have some accidents on our roadways,” Gov. Andy Beshear said during a morning news conference. “It is slick and it is dangerous.”

CHICAGO — Warming centers in Chicago are staying open as temperatures in the city and across the region linger well below freezing.

WBBM-TV reports that some community centers, various public libraries, the Chicago Cultural Center and several park district locations were open Monday. Police stations also are available as warming centers. The National Weather Service says the high was expected to reach 12 degrees. The city is warning residents that 8-12 inches of snow was expected through Tuesday

BATON ROUGE, La. — Louisiana State Police said they have investigated nearly 75 weather-related crashes caused by a mixture of snow, sleet and freezing rain in the past 24 hours, according to a Facebook post.

As weather conditions deteriorate across the state and temperatures remain at or below freezing, ice is accumulating on the roadways and troopers urged drivers to stay off the roads.

The state Department of Transportation said on Facebook that all state-maintained roads in East Baton Rouge Parish “have been deemed unsafe due to the ever changing winter weather conditions.” Drivers on westbound Interstate 10 were being diverted onto other roads.

Wind chills dropped as low as minus 30 in some areas overnight Sunday and temperatures will struggle to be above zero, adding to nearly a week of extremely low temperatures in much of the state, the National Weather Service said.

The low temperatures put stress on utility and natural gas providers, which were asking customers to conserve energy during the cold snap. The emergency declaration allows of state resources and personnel to be used to help with response or recovery operations under certain circumstances.

JACKSON, Miss. — Mississippi is seeing slick conditions with the state Department of Transportation reporting ice on roads and bridges throughout much of the state.

The agency posted photos and video of snowy interstates on Facebook and urged people to stay home so crews can work to clear the roads.

{{featured_button_text}} A woman points to the stage during the third song of Whiskey Myers' opening act Friday at Pinewood Bowl. Jamey Johnson was the headliner for the concert, … END_OF_DOCUMENT_TOKEN_TO_BE_REPLACED

{{featured_button_text}} Greg Adams, executive director of the Nebraska Community College Association, will retire at the end of the year after five years in the position. Adams, a former … END_OF_DOCUMENT_TOKEN_TO_BE_REPLACED

KANSAS CITY, Mo. — The temperatures won’t be the only reason Kansas City’s entertainment scene is heating up. On Friday night, Grinders in the Crossroads hosted its first concert since 2019. “People … END_OF_DOCUMENT_TOKEN_TO_BE_REPLACED