(FOX 9) – The focus over the last couple of days has certainly been with the smoky and hazy skies, but the dry conditions across much of the Upper Midwest is the main reason why the smoke is around. That’s because the smoke comes several large fires burning north and east of Winnipeg, Canada, where conditions are just as dry as much of Minnesota.

While all of us have certainly seen some rain over the last eight weeks, it’s been nothing close to what we usually get. May, June and July are the wettest months on average for the Twin Cities. We receive almost half of our annual moisture during this 12-week period. This year though, not so much.

With less than 3 inches of rain falling at Minneapolis-St. Paul International Airport since June 1, it will now be the sixth driest June-July combo on record in the Twin Cities and the driest such period since our mega-drought year of 1988.

It’s obviously not just the metro dealing with the very dry conditions, but it’s the entire state and much of the region. Here is a map of the radar estimated percent of average rainfall since June 1 across much of the Dakotas, Minnesota and Wisconsin. 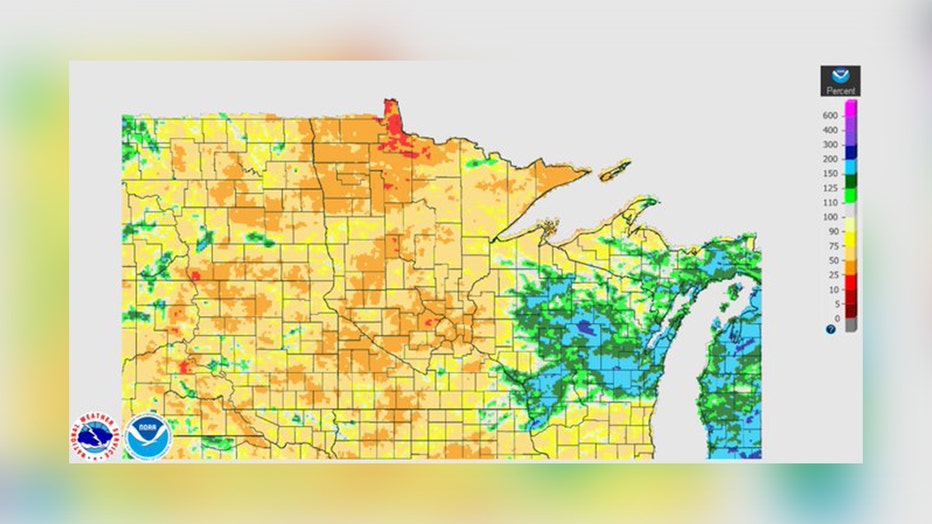 Map of the radar estimated percent of average rainfall since June 1 across much of the Dakotas, Minnesota and Wisconsin. (FOX 9)

Unfortunately no significant pattern change is expected over at least the next week, which means the dry conditions are likely to continue for the foreseeable future.

Jacob Collier Jacob Collier is coming to The Truman this Thursday night. This event has been rescheduled from May 2020, and resellers seemed to have marked up ticket prices quite a bit. But trust … END_OF_DOCUMENT_TOKEN_TO_BE_REPLACED

Posted on May 19, 2022 The City of Overland Park welcomes a new Human Resources Department leader, following a national search. Thomas Bledsoe comes to the City from … END_OF_DOCUMENT_TOKEN_TO_BE_REPLACED

Food from the upcoming Westport Korean restaurant Chingu/Photo by Alyssa Broadu Chingu, a new Westport spot from the team behind Sura eats, will combine Korean street food and soju … END_OF_DOCUMENT_TOKEN_TO_BE_REPLACED