All good things must come to an end – including the lovely weather Saturday featured. High temperatures reached the upper 80s to near 90 for many locations in Southeast Nebraska. On top of that, the humidity made a triumphant return!

The warmer temperatures and more humid air will allow for more storm chances. A Severe Thunderstorm Watch is in effect until 10 PM Sunday for the yellow shaded counties. This watch does NOT include Lincoln but does include the Tri-Cities.

On early Sunday evening, storms fired in the southwest corner of the state. These storms produced large hail and strong winds in the southwestern portion of Nebraska. I anticipate that the severe weather threat will continue for counties WEST of Lincoln until shortly after sunset.

These storms will continue to push eastward throughout Sunday evening. Stormcast shows the potential for storms across south-central Nebraska on Sunday evening, perhaps approaching the Tri-Cities in the 8-10 PM timeframe. 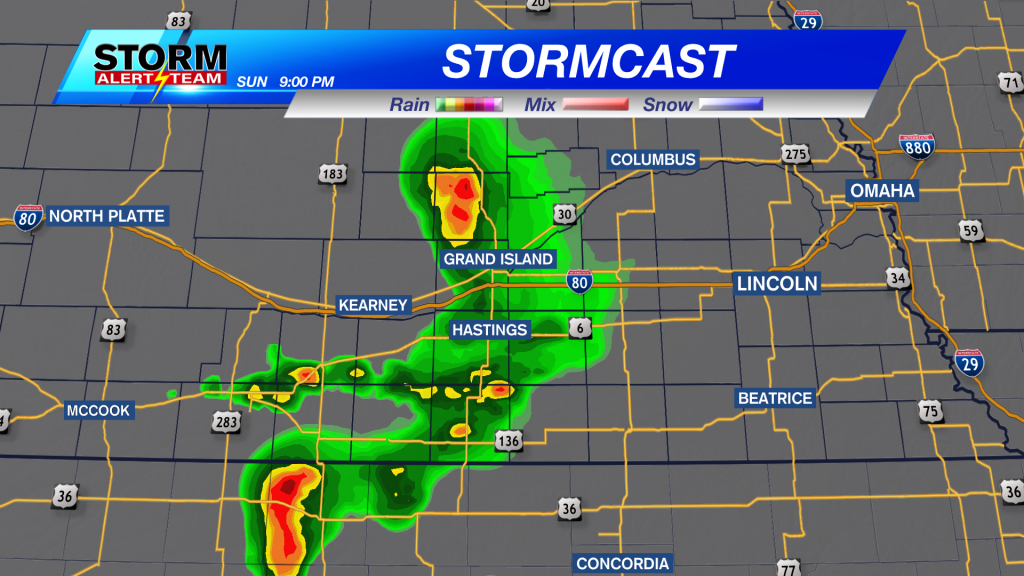 The general trend between most computer model guidance is for these storms to reside along and south of I-80. I want to emphasize that not everyone will experience severe weather, let alone rainfall on Sunday evening. These storms are scattered in nature, but the storms that do form may be on the stronger side.

As we head into the overnight hours on Sunday, the storms should start to weaken. However, I anticipate that some storms will still stick around overnight.

We won’t rule out an overnight or Monday morning shower for Lincoln – but know that rain is by no means a guarantee in Lincoln! We’re otherwise dry overnight and Monday morning in Lincoln with some clouds overhead. Low temperatures will be near 70°. 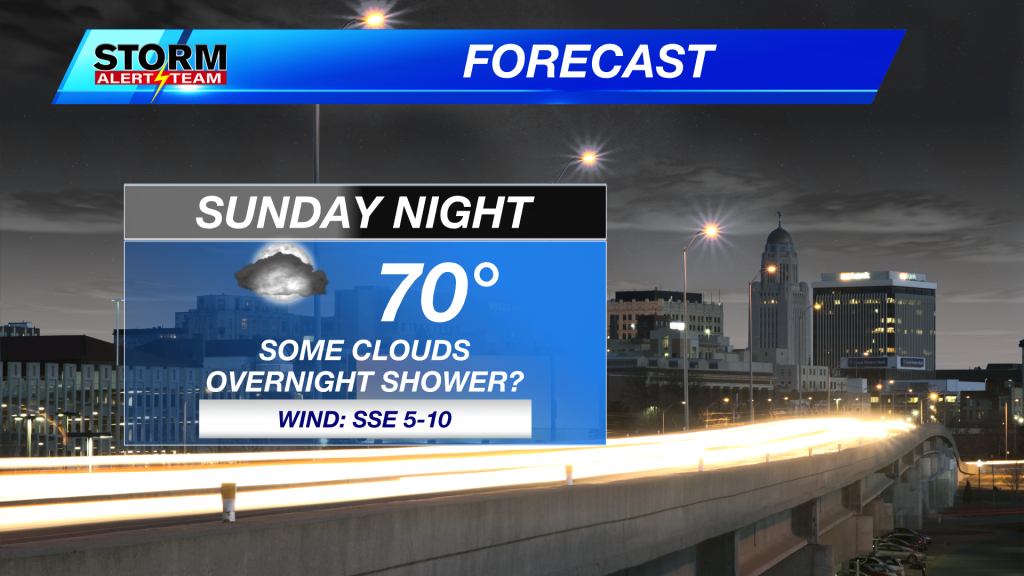 Monday will feature more hit-or-miss storms during the day – likely more miss than hit. Just know that a few scattered storms are possible, but most of the day will be largely dry. It’ll be hot and humid, a high near 96°. 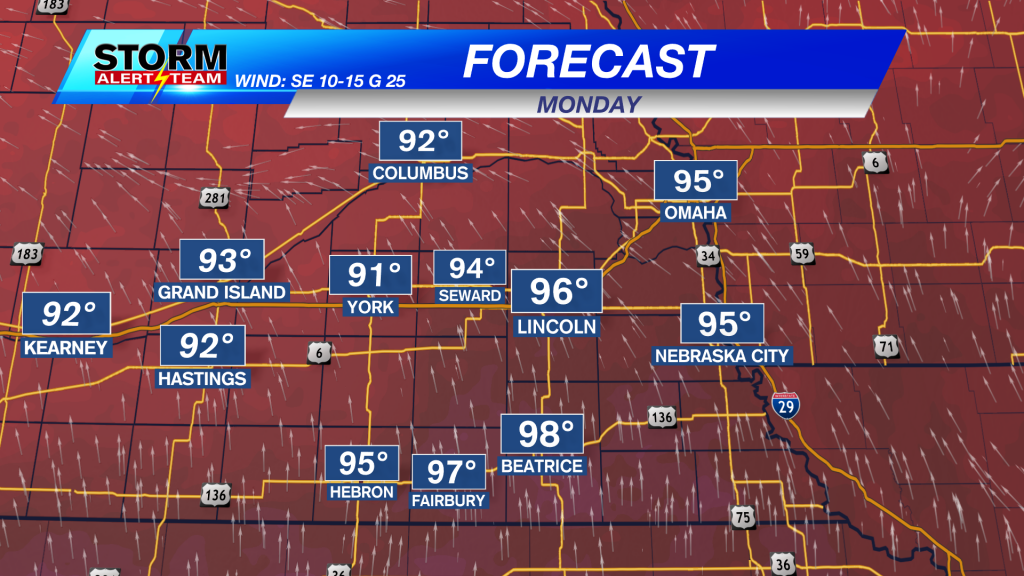 Factoring in the humidity with temperatures on Monday and Tuesday, the heat index – or the “feels like” temperature – may exceed 100° during the afternoon. We’ll keep high temperatures in the 90s for now through Friday, along with small daily rain chances.

The pandemic threw a wrench in many people’s holiday shopping. What used to be trips to stores and markets with the family to find the perfect gift turned into Amazon wish lists and online gift cards. … END_OF_DOCUMENT_TOKEN_TO_BE_REPLACED

Rhonda LeValdo travels from Lawrence to Kansas City for every Chiefs home game, but she’s never actually been inside Arrowhead Stadium. Instead, she stands by a bus stop at the corner of Red Coat Lane … END_OF_DOCUMENT_TOKEN_TO_BE_REPLACED

For eighty years, a story has remained buried under the tales of the great men of Kansas City jazz, from Count Basie to Charlie Parker. Living and playing alongside them was another legend, pianist … END_OF_DOCUMENT_TOKEN_TO_BE_REPLACED