EAST LANSING, Mich. — The eastern monarch butterfly is hard to miss. Its beautiful orange wings with heavy black lines make them stand out from the rest.
m
But the population is declining and researchers at Michigan State University say they now know why.

The monarch butterfly migrates across the United States every year. They spend their winters in Mexico and head up north to Texas to lay eggs when it gets warm.

Those monarchs die. But the monarchs that develop from those eggs continue their migration north and end up in Michigan for the summer.

“There, they produce another two to three generations, so they spend quite a while in the Midwest. And then later in the summer, kind of starting about now in August and September, the last generation of monarchs, then they shut down their reproductive systems. And they migrate all the way back down to central Mexico,” said Erin Zylstra, an associate researcher at MSU.

A close look at a monarch butterfly

Measurements of the population done in Mexico over the past 20 years have shown that “those aggregations have gotten smaller generally,” she said.

All of this has raised alarms.

They started looking at all the collected data from the winter when the monarchs were in Mexico and all the data that was available from the Midwest from those systematic surveys. Five different monitoring programs shared monarch data with them. 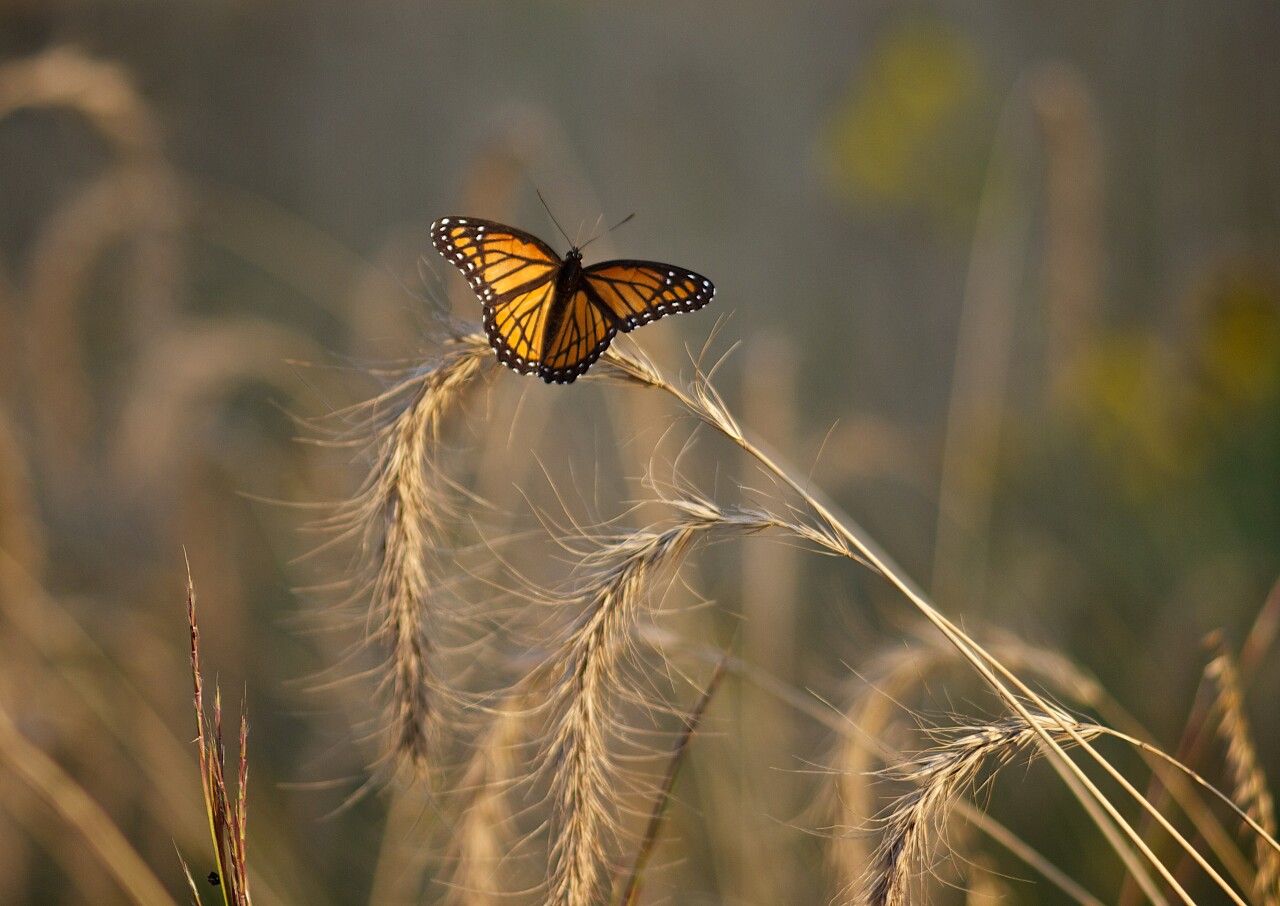 They also collected information about what the conditions are like for monarchs along their migratory path and data on herbicide use.

“When they stop and breed in Texas and lay eggs, what did the conditions what had those conditions look like for monarchs? And each of the years we have data? So what were the temperatures like? What was the precipitation like? And we did the same thing in the Midwest,” Zylstra said.

They put that information it into a statistical model to try and explain the ups and downs in the monarch population.

“We’re trying to explain like, when it’s big one year, how does that relate to what the precipitation and temperature look like and herbicide use? When it’s small, how does that relate to those factors? And basically, what we do is, we create a whole bunch of different models that account for those things,” Zylstra said. “What we found is basically since about 2004, the primary driver that’s determining whether monarchs have a good year or a bad year and has been involved in their decline since that time has been climate.” 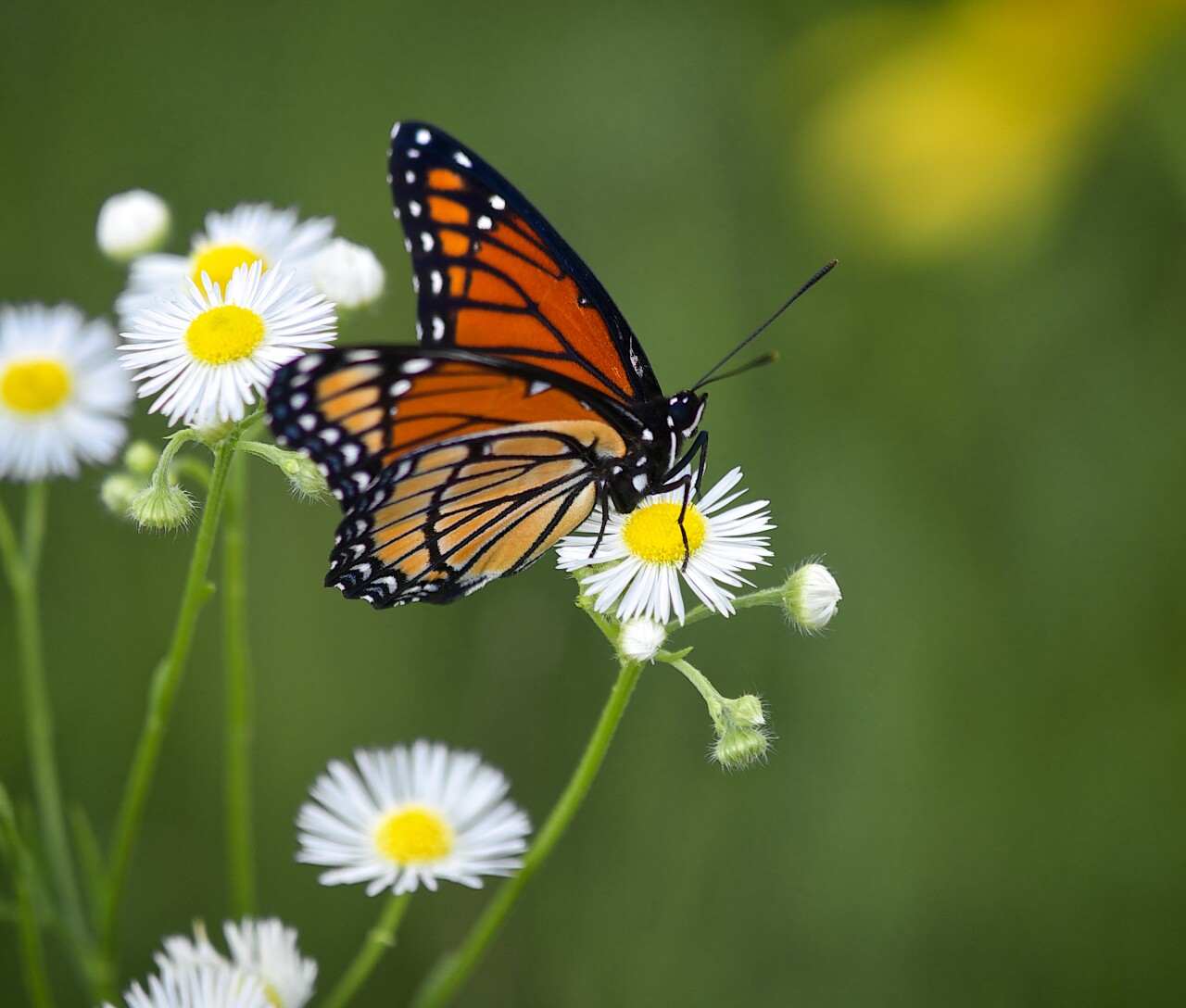 A close look at a monarch buttefly

If it’s too hot, exceptionally dry, or wet the monarch’s population tends to be smaller. Zylstra says they like moderate mild conditions where it’s warm, but it’s not too hot, it’s wet, but it’s not too wet. She also says the climate in the summer breeding grounds matter. They’ve found that, if it was really dry, the monarchs didn’t do so well.

She also says they believe herbicide use plays a role in it because it kills off milkweed, which is a food source for monarch butterflies.

Here’s what you can do to help save them.

Zylstra says the most important thing you can do is invest in resources to try to reduce carbon emissions to limit climate change.

“We can then we can help monarchs by planting milkweed. So there, there are multiple factors in there. And generally keeping places wild and having more flowers and nectar available for monarchs are good,” Zylstra said.

For more information on how you can help click here.

Stay in touch with us anytime, anywhere.

February is short but sweet. This month, we share our picks for the city’s best bonbons and a lot of other unique sweets that are baked, dipped and drizzled to perfection. By Dawnya Bartsch, Martin … END_OF_DOCUMENT_TOKEN_TO_BE_REPLACED

Photo by Caleb Condit and Rebecca Norden It’s Valentine’s Day month, but fancy chocolate deserves to be enjoyed year-round. We visited chocolatiers around the … END_OF_DOCUMENT_TOKEN_TO_BE_REPLACED

Posted on December 1, 2022 Overland Park now has more access to information about its Police Department than ever, thanks to a library of online transparency-focused … END_OF_DOCUMENT_TOKEN_TO_BE_REPLACED

The annual Beard Awards semifinalists nominations were just released and Kansas City’s food and drink scene has something to celebrate. The KC area has seven semifinalists by our count, including two … END_OF_DOCUMENT_TOKEN_TO_BE_REPLACED