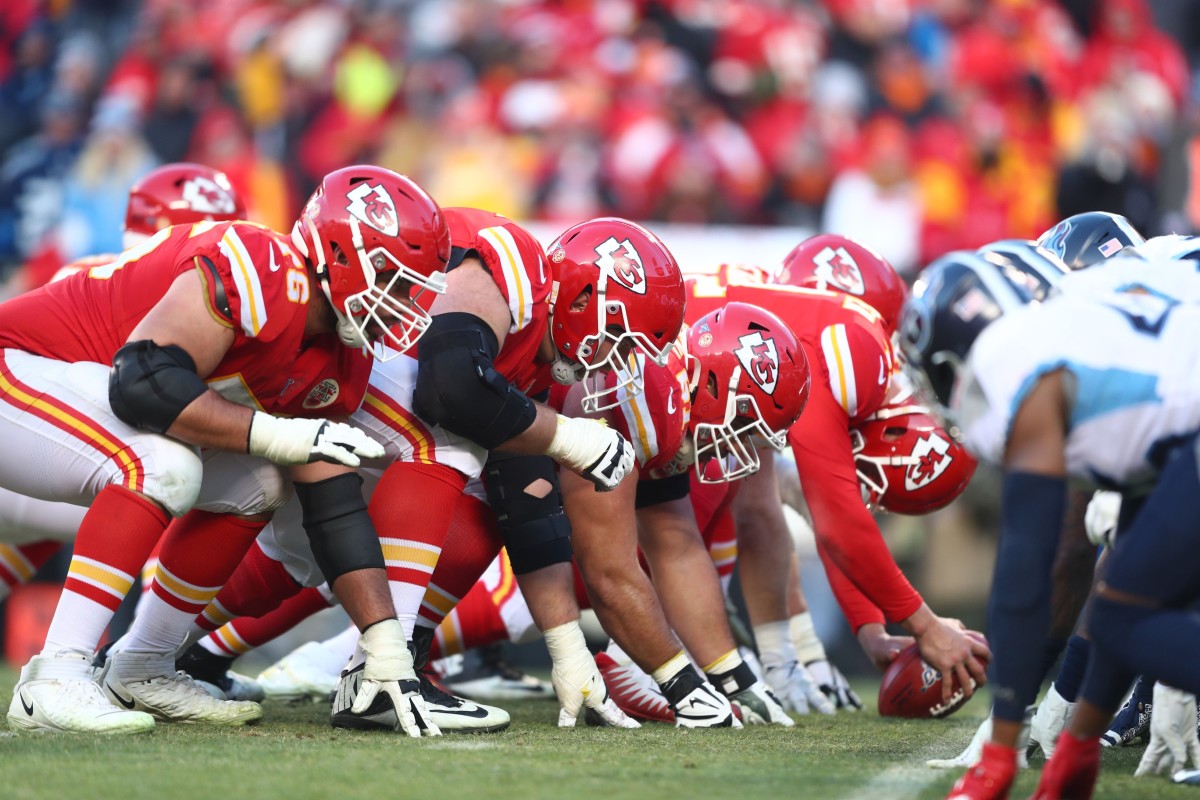 Picture this: Orlando Brown Jr. plays as advertised during the 2021 season and gets his large extension next offseason. First-year players Creed Humphrey and Lucas Niang earn starting spots on the offensive line and play well as rookies. Trey Smith progresses nicely behind the scenes and earns the starting right guard spot for the 2022 season after a redshirt year.

In this best-case scenario for the Chiefs, the offensive line for the 2021 season would look like this:

When Brown eventually signs his new contract, presumably next offseason, the Chiefs will have two large contracts on their offensive line. To pair with Brown on the left side, the Chiefs already have Thuney inked to the largest deal for a guard in NFL history (by average cost per year) and the third-highest salary cap hit among guards for the 2022 season.

Having two top-tier contracts on the same offensive line seems like a daunting task in terms of roster-building, but the groundwork has been laid for it to be manageable.

The good news is that the Chiefs can push out when Brown’s contract will truly kick in for a while. If needed, the Chiefs can franchise tag Brown for a $16.5 million salary cap hit in 2022. If the Chiefs and Brown do come to terms with a new long-term contract, then that deal can have a cheaper first year compared to the rest of the contract, as general manager Brett Veach and his front office has done with many of their biggest contracts, including Thuney’s. This will ensure that Brown and Thuney’s deals will not be overwhelmingly large until the salary cap starts to balloon.

In this best-case scenario, the Chiefs also will have the five players locked in for the foreseeable future.

Assuming Brown’s contract is more than three years in length, the five players (Brown, Thuney, Humphrey, Smith, and Niang) on the offensive line will all be signed through the 2024 NFL season. That stability could be huge for the Chiefs, who might be looking at turnover elsewhere on the team. During that time, it is possible that Tyreek Hill, Chris Jones, Tyrann Mathieu, Derrick Nnadi and other impact players leave the team. Having a stable unit to build around like the best-case offensive line is very important for roster building.

What would the scarier worst-case scenario look like? A realistic, but worst-case, future for the Chiefs would come with Brown being paid as a top-five tackle but playing like more of an above-average tackle. Along with Brown’s contract being potentially poor value, there is a good chance that all three rookies will not work out and be future starters. In this scenario, the Chiefs’ line will still need a lot of work to be serviceable, even with two large contracts already invested into the position group.

Whether the best-case or worst-case scenario for the offensive line happens this year, the play of many of the new faces on the offensive line will drastically affect the Chiefs and their teambuilding over the next five years. The talent is there for huge gains, but nothing is guaranteed in the NFL. A lot will be learned about this new group of offensive linemen this year, and if ceilings are reached, the Chiefs will be set up to protect the franchise for years to come.

Elisa and Marjain Breitenbach “hate politics.” The owners of Doughboys Donuts in Raytown wake up at 1 am to start their day so they can be stocked with Bismarks and red velvet cake doughnuts when they … END_OF_DOCUMENT_TOKEN_TO_BE_REPLACED

Legends of Hip Hop | Friday, October 15 Finally rescheduled from its early pandemic cancelation, this tour will take you straight back to that drank-fueled, micro-golden era of Gulf Coast … END_OF_DOCUMENT_TOKEN_TO_BE_REPLACED

After temporarily closing like many restaurants during the pandemic, Lazia is set to relight its candelabras and little pink neon sign on Friday, November 12. The restaurant’s location in a hotel … END_OF_DOCUMENT_TOKEN_TO_BE_REPLACED

When Casey Lueck opened his business on the main drag in Grandview, he intentionally left the word “barbecue” off the sign. “I was kind of afraid to put barbecue on the sign just because it’s such a … END_OF_DOCUMENT_TOKEN_TO_BE_REPLACED