Even with clear skies, temperatures will only drop to the middle 60°s early Wednesday morning. 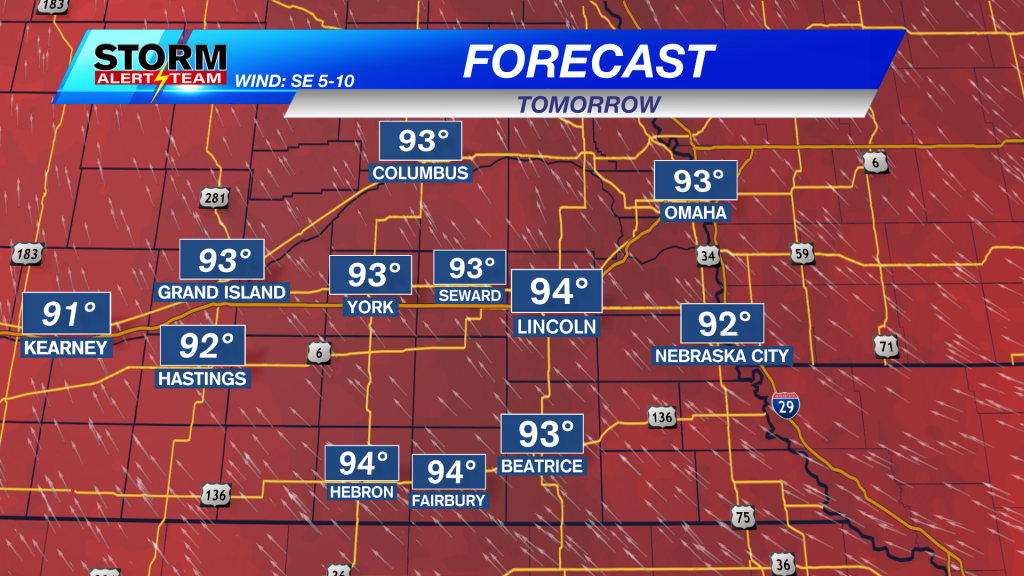 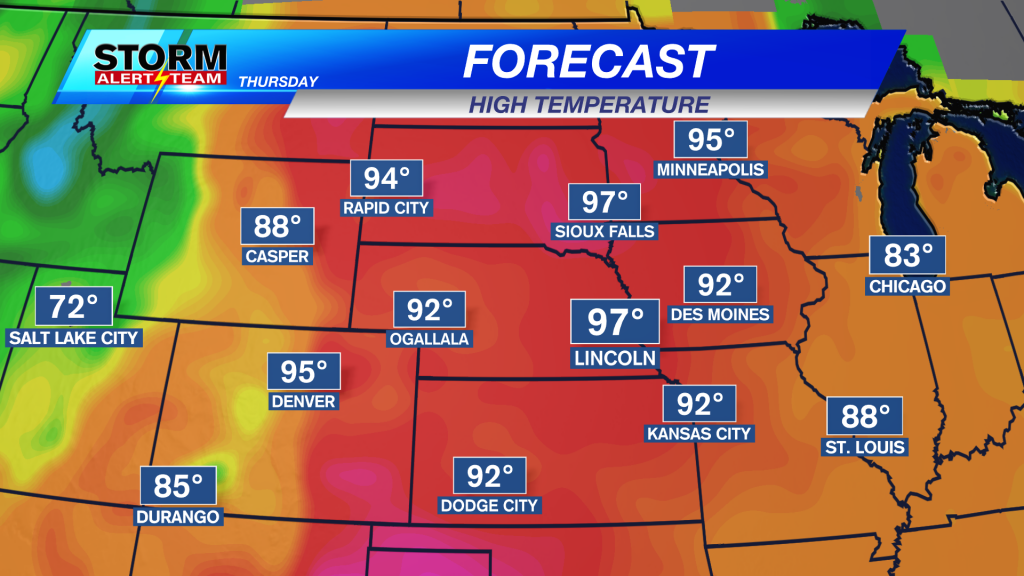 The warmest day in over 9-months is coming Thursday.  Mostly sunny skies will lead to temperatures topping out in the middle to upper 90°s. (Forecasting a high of 97° in Lincoln.)  Factor in the humidity, with dew point temperatures in the lower/middle 60°s, and the heat index will climb to 98° to 102° during the afternoon.  While it can be hotter, if you plan on spending time outside you should start hydrating now so you don’t run in to any issues Thursday.

A cold front is projected to pass through the area Friday.  The timing of the front’s passing is still to be worked out.  Ahead and along the front, showers and thunderstorms are possible.  I am still skeptical as to how widespread the rain will be, along with how much rain will fall.  However, this looks to be the best chance for rain over the next eight to ten days.

The lack of rain is somewhat problematic as we are now losing around 0.25″ of moisture from the ground due to evapotranspiration.  That means we need a quarter inch of rain every day to stay even. 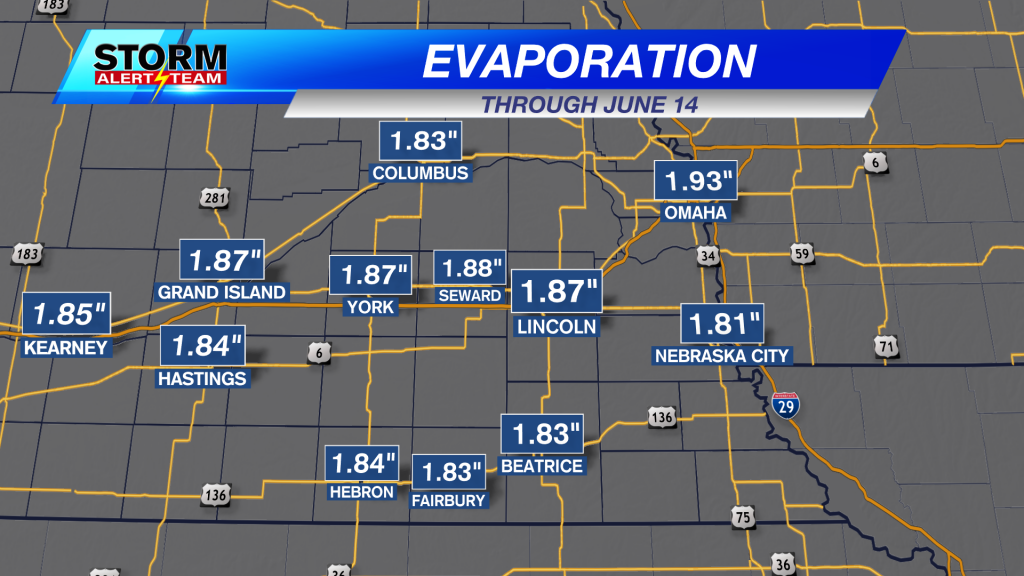 Over the next week southeast Nebraska is projected to lose around 1.85″ of moisture from the soil.  With the lack of rain expected through the middle of the month, what was once a precipitation surplus will quickly turn to a deficit.  In other words, keep watering your lawn if you want to keep green grass.

Posted on May 25, 2022 Overview is the City’s quarterly newsletter for residents. It includes news, things to see and do in Overland Park, valuable information for neighborhoods … END_OF_DOCUMENT_TOKEN_TO_BE_REPLACED

Photography by Kayla Masisak It’s an odd piece of art in an odd spot. But this kitschy, eye-catching stagecoach placed just perfectly in an oblong oval median in Independence has a … END_OF_DOCUMENT_TOKEN_TO_BE_REPLACED