A nice break from the the recent heat.  Temperatures struggled to get out of the 70°s for most areas today.  Lincoln only reached 79°, making this the coolest high temperature since June 1, when it reached 79°.

Skies will clear this evening allowing temperatures to drop to the upper 50°s and lower 60°s.  Areas of patchy fog will also be possible early Thursday morning.

Say goodbye to the brief cool down.  Thursday brings mainly sunny skies and winds shifting out of the south.  This will bring warmer air back to southeast Nebraska.  High temperatures should reach the upper 80°s to lower 90°s.

It gets even warmer Friday afternoon with high temperatures in the lower and middle 90°s.  Dew points will climb to the upper 60°s to near 70°, making it feel like it is near 100°.

Thunderstorms return to the forecast Friday evening.  There is still some question as to the timing of thunderstorms.  Wednesday morning computer model runs were trying to slow down the arrival of storms.  We’ll get the timing worked out over the next 24 hours, but know there will be a chance for storms as early as Friday evening. 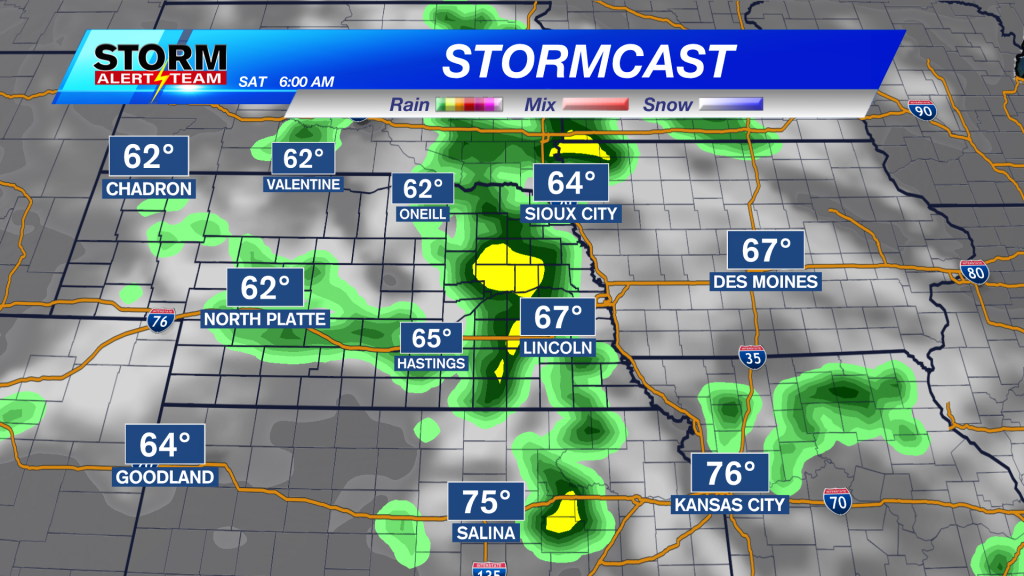 I tend to think a complex of thunderstorms could flare up over the western/central portion of the state Friday evening.  The complex of storms would dive southeast through the overnight in to early Saturday morning.  If that happens, the main threat will be damaging winds from the thunderstorms.

Photo by Caleb Condit and Rebecca Norden It’s Valentine’s Day month, but fancy chocolate deserves to be enjoyed year-round. We visited chocolatiers around the … END_OF_DOCUMENT_TOKEN_TO_BE_REPLACED

Posted on December 1, 2022 Overland Park now has more access to information about its Police Department than ever, thanks to a library of online transparency-focused … END_OF_DOCUMENT_TOKEN_TO_BE_REPLACED

The annual Beard Awards semifinalists nominations were just released and Kansas City’s food and drink scene has something to celebrate. The KC area has seven semifinalists by our count, including two … END_OF_DOCUMENT_TOKEN_TO_BE_REPLACED

As we look ahead to 2023, let’s take time to reflect on 2022, another busy year in our community. Here are just a few highlights of the many programs, events and services the City provided this … END_OF_DOCUMENT_TOKEN_TO_BE_REPLACED