The 90°s continue to roll along.  Most of southeast Nebraska made it in to the 90°s for the third consecutive day. This also marks the 10th day this year of reaching 90° in Lincoln.  It made it up to 92° in the capital city. 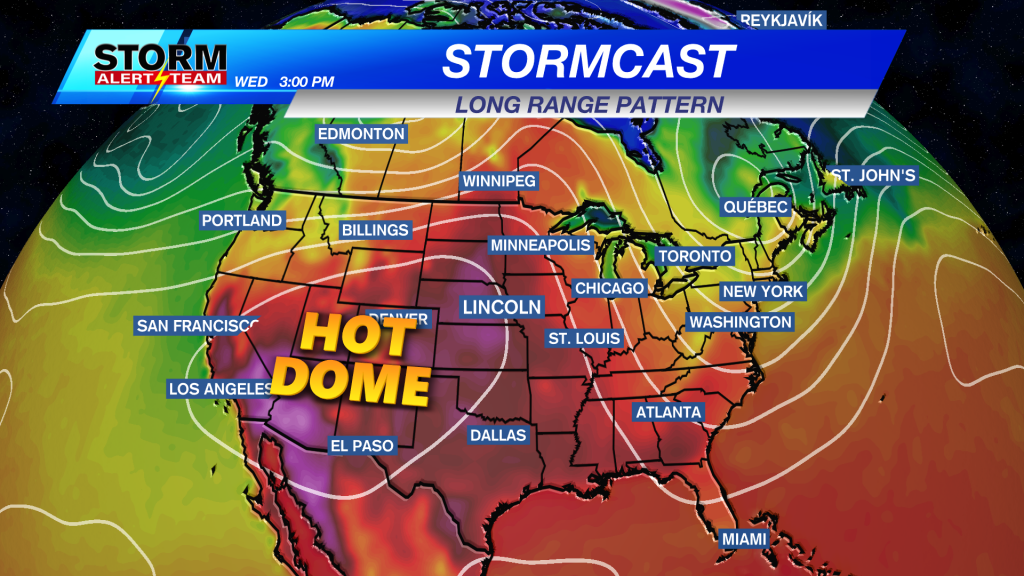 Temperatures will continue to stay extremely warm Wednesday and Thursday as an area of high pressure resides in the upper-levels of the atmosphere over the southwest United States.  We also call the upper-level high a “hot dome” in the summer as air under the high sinks and compresses.  When you compress a gas (air), it warms.  That is the main reason for the sultry heat over the western half of the country this week.

The high will start to move west over the next 24-36 hours, but a cold front will begin to slide in to the state Thursday.  Ahead of the front, air will compress, allowing temperatures to soar in to the upper 90°s and lower 100°s.  I’m currently forecasting 100° in Lincoln, but I think getting as high as 103° to 104° is not out of the question.

Computer models suggest drier air will be in place Thursday – dew points in the lower 50°s.  I think that is a little aggressive by the computers.  If that is the case, there will not be much of a heat index to deal with.  However, I think the air will be more humid, sending the heat index anywhere from 100° to 109° across the Channel 8 viewing area.

We’ll be watching temperatures to see if we can tie, or break, a few record high temperatures around the viewing area. 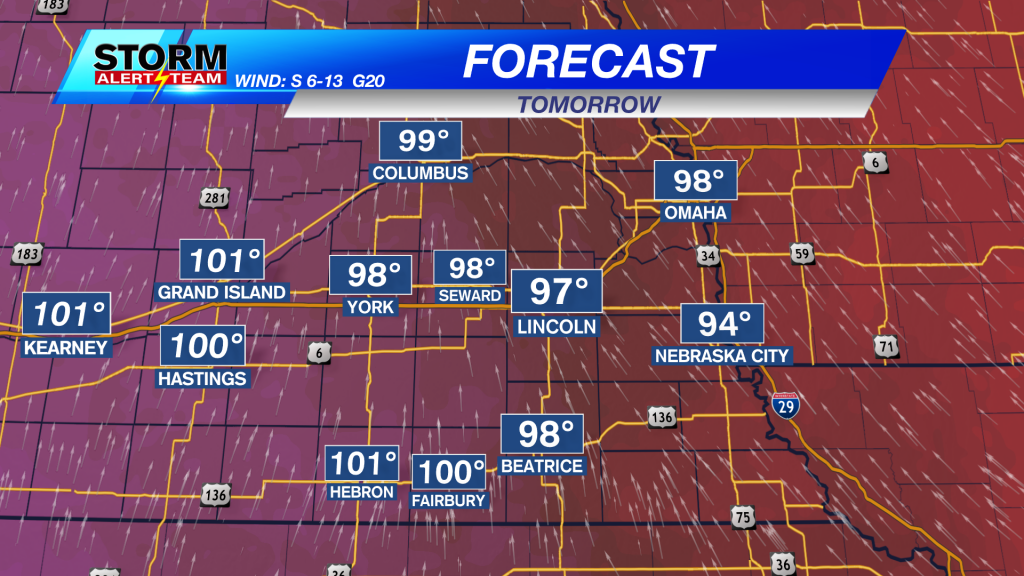 It isn’t just Thursday that will be hot. Temperatures will top out in the upper 90°s to around 100° Wednesday afternoon.  Dew points are forecast to be in the lower to middle 60°s, which will send the heat index to 99° to 105°.  A good day to stay inside if possible!

Remember Social Distortion? In the mid-’90s, the post-punk band had a monster hit with “I Was Wrong,” a muscular, grunge anthem about the sheer, cathartic joy of admitting your mistakes. After seeing … END_OF_DOCUMENT_TOKEN_TO_BE_REPLACED

When Pam Besheer eyed this vintage Tudor-style house on Zillow, she had a strong inkling it would be exactly what she and her husband, Jay, had been looking for. Set back from the street and close … END_OF_DOCUMENT_TOKEN_TO_BE_REPLACED

This Overland Park home’s kitchen will make you lose your marbles—or, rather, make you want to cover your own kitchen in marble. The space, which was nominated for the 2022 HGTV Designer of the Year … END_OF_DOCUMENT_TOKEN_TO_BE_REPLACED

Here are fifteen great things to do in Kansas City this weekend, December 8-11, including Pretty Woman: The Musical, Kansas City Ballet’s The Nutcracker, and The 1975 in concert. The Piano … END_OF_DOCUMENT_TOKEN_TO_BE_REPLACED