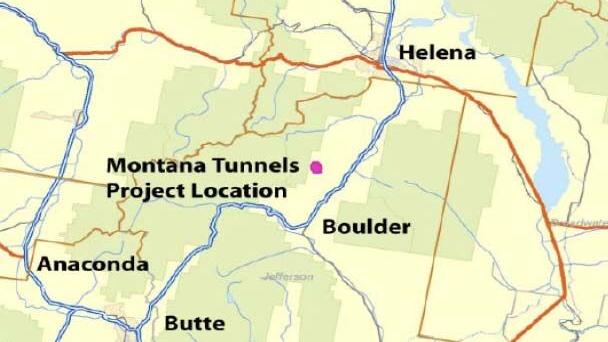 The superintendents of Jefferson High School and Clancy School plan to write letters urging the Jefferson County Commissioners to pursue the back taxes owed by Montana Tunnels — a sum that is now around $7.5 million.

Once written, the letters will go to the respective Boards of Trustees for signatures and then move on to the Commission.

Jefferson County Commissioner Leonard Wortman is aware that these letters are in the works as a way to spur action from the Commission.

In Montana, mines are subject to being taxed based on the gross proceeds, and those funds are distributed to counties and school districts where they are located. The amount of the funds is based on the mill levy in the district for any given year, according to Kunz.

Schools, on any tax statement, receive most of the money received, she said.

The tax deed option  would involve the company’s larger

parcel near Jefferson City. The property lies within District 1F and includes the Clancy School and Jefferson High School districts, according to Kunz.

Taxes collected also include levies set by the state for universities and other education.  Clancy and Jefferson High School would receive a good portion but not all, according to Kuntz.

The mine has not been operational since 2008 and its permit was suspended in 2018, according to the Montana Department of Environmental Quality.

In January 2020, Montana Tunnels proposed a payment schedule through 2023, but so far, none of those payments have been made, said Kunz.

With a tax deed option, the county would obtain ownership of the property and can then turn around and sell it to another entity as a way to collect on the delinquent taxes.

Wortman said the mine is still viable and ideally, another mining company would buy it and resume operations — a move that would also provide jobs in the county.

However, the permit for the mine does not necessarily go with the property, according to Moira Davin, spokesperson with DEQ.

The transfer of the permit either needs to be agreed to by Montana Tunnels, since they hold the suspended permit, or it would need to be part of the process described in statute that requires the forfeiture of the bond. Either of those things would need to happen to make the permit viable for another company to take over mining operations, according to Davin.

Wortman said that when the mine was in operation, it was among the top ten sources of tax revenue in the county.

Jefferson High School Superintendent Tim Norbeck said the school has about $200,000 left in its metal mines account — tax money that is received when a mine is functioning.

Clancy Superintendent Dave Selvig said his school has about $850,000 left.

Norbeck, who has been with JHS for eight years, said his predecessor used metal mines money to put new roofs on the building, put in a new boiler and other capital improvements.

The fund was also discussed at the Feb. 16 meeting as a way to cover the expense related to American with Disabilities Act (ADA) improvements that were identified in a facilities assessment last year.

However, Norbeck said there was a reluctance to dip into that money because it can be used for any emergency that comes up.

Selvig said Clancy’s fund hasn’t been used in a long time, and was most recently used to upgrade the parking lot.

As Clancy would receive the largest local school portion of the back taxes proceeds due to the mine’s location, Selvig said that money could be used for a variety of projects, such as more curriculum choices for the middle school or an industrial education department.

“There’s a lot of possibilities,” he said.

The Centers for Disease Control and Prevention released new guidelines for people vaccinated for COVID-19 that will be good news for grandparents. (Photo by Johnny Cohen on Unsplash) WASHINGTON — … END_OF_DOCUMENT_TOKEN_TO_BE_REPLACED