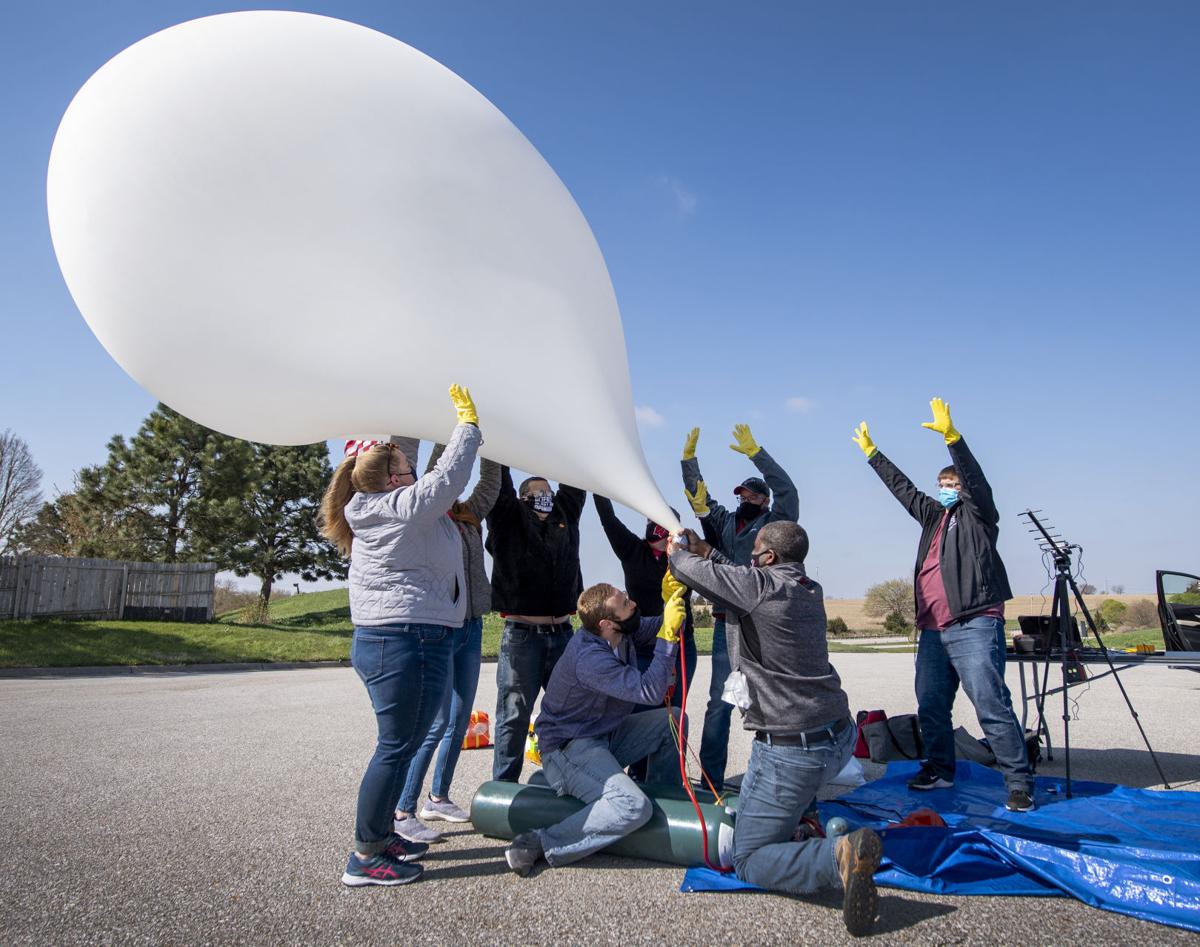 Dr. Derrick Nero of the University of Nebraska at Omaha (bottom right, kneeling) helps members of the school’s Invention and Innovation in Engineering Education class inflate a weather balloon with helium Saturday at the Strategic Air Command and Aerospace Museum near Ashland. 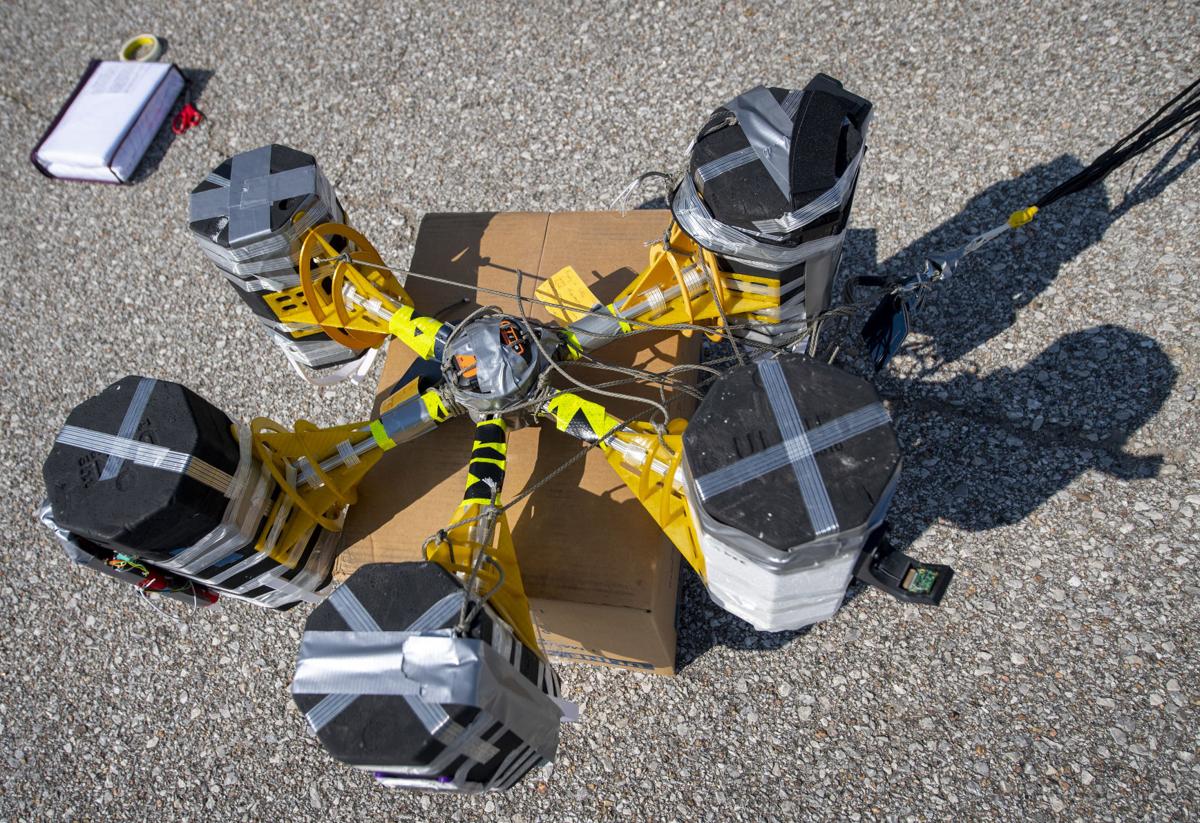 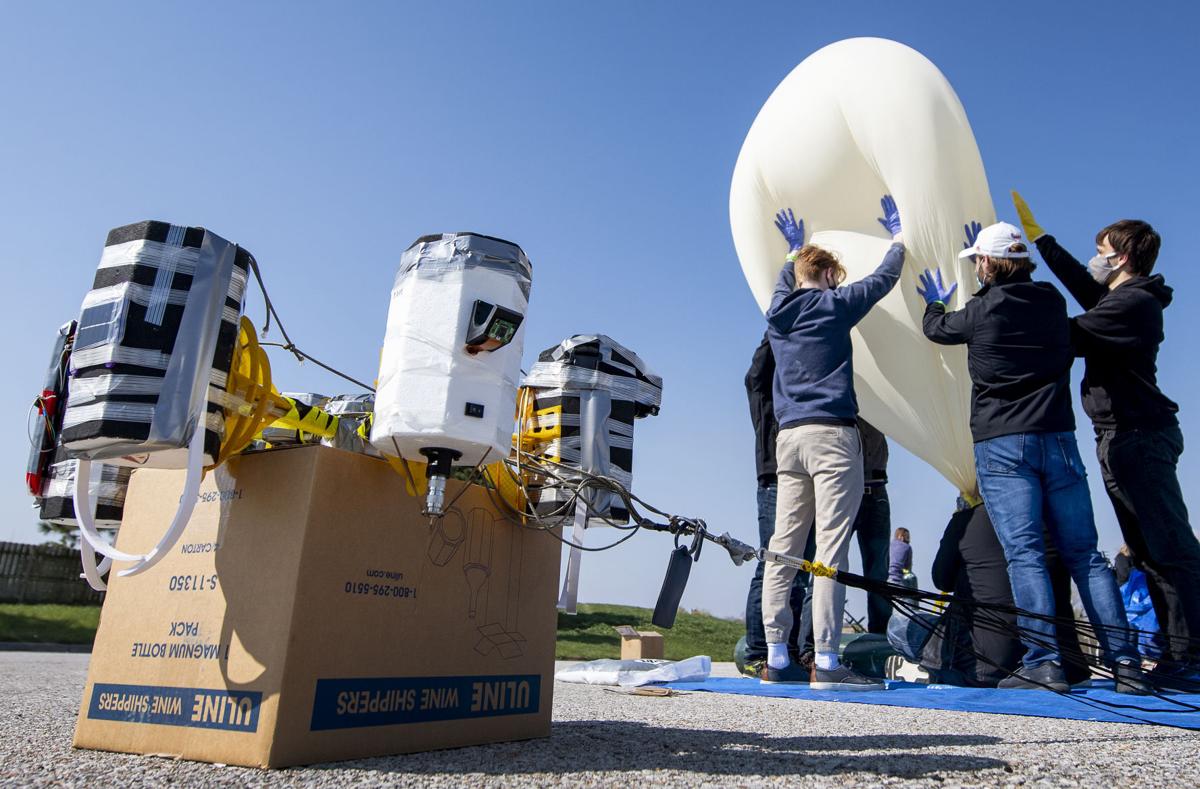 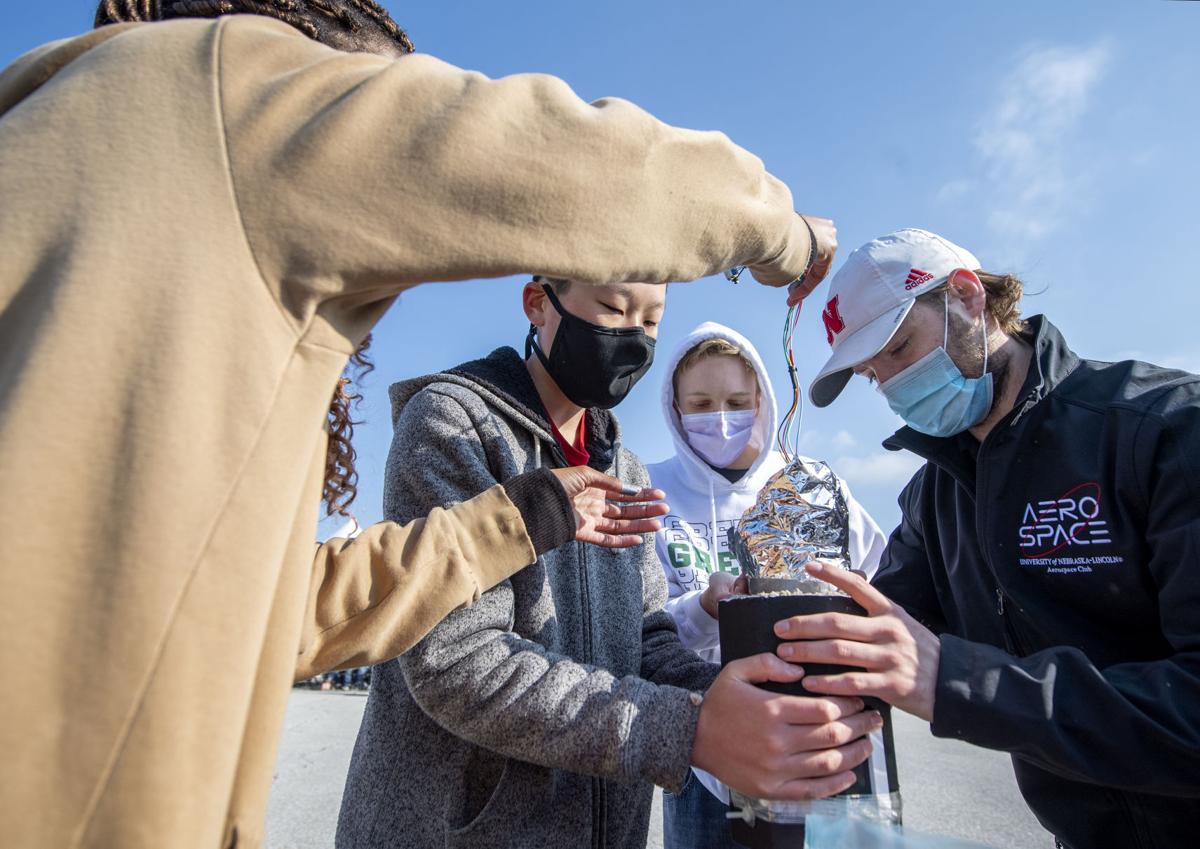 ASHLAND — Things don’t always go according to plan in the science lab, and the Big Red Satellite Team experienced that firsthand at its high-altitude balloon launch Saturday.

The team, which was recently selected to be a part of a satellite launch program through NASA, met at the Strategic Air Command and Aerospace Museum.

Big Red Satellite advisory board member Doc Chaves described the museum as the team’s laboratory for the day and stressed the many factors that were involved in the launch.

“Science doesn’t always adhere to a schedule,” he said before the launch. “Sometimes the nature of the laboratory is such where you have knowns and unknowns, variables and constants, and the wind and everything else.”

One balloon launched successfully, but Saturday’s strong winds blew over and popped the other balloon, marking a disappointing end to the morning. However, Aerospace eXperimental Payloads team member MJ Schuster said the team will likely try another launch next weekend.

The payloads attached to the balloons included sensors, trackers and different items the team hoped would measure the effects of the upper atmosphere.

The Big Red Satellite team will eventually build a CubeSat, a small, tissue box-sized satellite that they will use to test a new type of solar cell.

The team is one of 14 that have been selected to launch research satellites through NASA that will fly as auxiliary payloads aboard rockets between 2022 and 2025. This is the first time a Nebraska team has been selected for the CubeSat program.

“We are so excited that these folks today are leading the way for Nebraska,” U.S. Rep. Don Bacon told the crowd. “The first team at NASA to be able to do this for Nebraska.”

Former astronaut Clayton Anderson, an Ashland native, praised the importance of hands-on science initiatives for developing the next generation of astronauts and scientists.

“Just remember, three miles away, a young kid at the Ashland-Greenwood schools grew up to become a United States astronaut,” he said. “These kids are just like me.”

All of the students said they’ve learned a lot through the team and are grateful for the partnership.

“It’s been really fun,” she said. “I’ve made a lot of friends and learned a lot about public speaking, and electrical programming and all kinds of stuff in the STEM field.”

Schuster said she’s enjoyed getting to mentor younger students throughout the process.

“It’s been awesome getting to see them learn this new stuff, and being really proud of themselves and just feeling accomplished,” she said. “You’ve been able to teach someone and hopefully they’ll be able to take this experience into their future careers.”

{{featured_button_text}} Butch Butts, 79, died of COVID-19 on Valentine's Day. He was a hard worker and a kind and generous man who left behind a big family to mourn his passing. … END_OF_DOCUMENT_TOKEN_TO_BE_REPLACED