ST. LOUIS — A Winter Storm Warning is in effect through Monday evening across our area. The first round of accumulating snow for the metro area was moving in Sunday evening. By early Monday morning, that batch will have pushed on to the northeast.

Our heaviest snow will be Monday afternoon and evening in the metro area with additional light snow continuing into Monday evening before tapering to flurries by midnight.

Download the free 5 On Your Side app to get the latest watches and warnings and track conditions live with our interactive radar. Use the links below to download now.

5 On Your Side news app
iPhone | Google Play 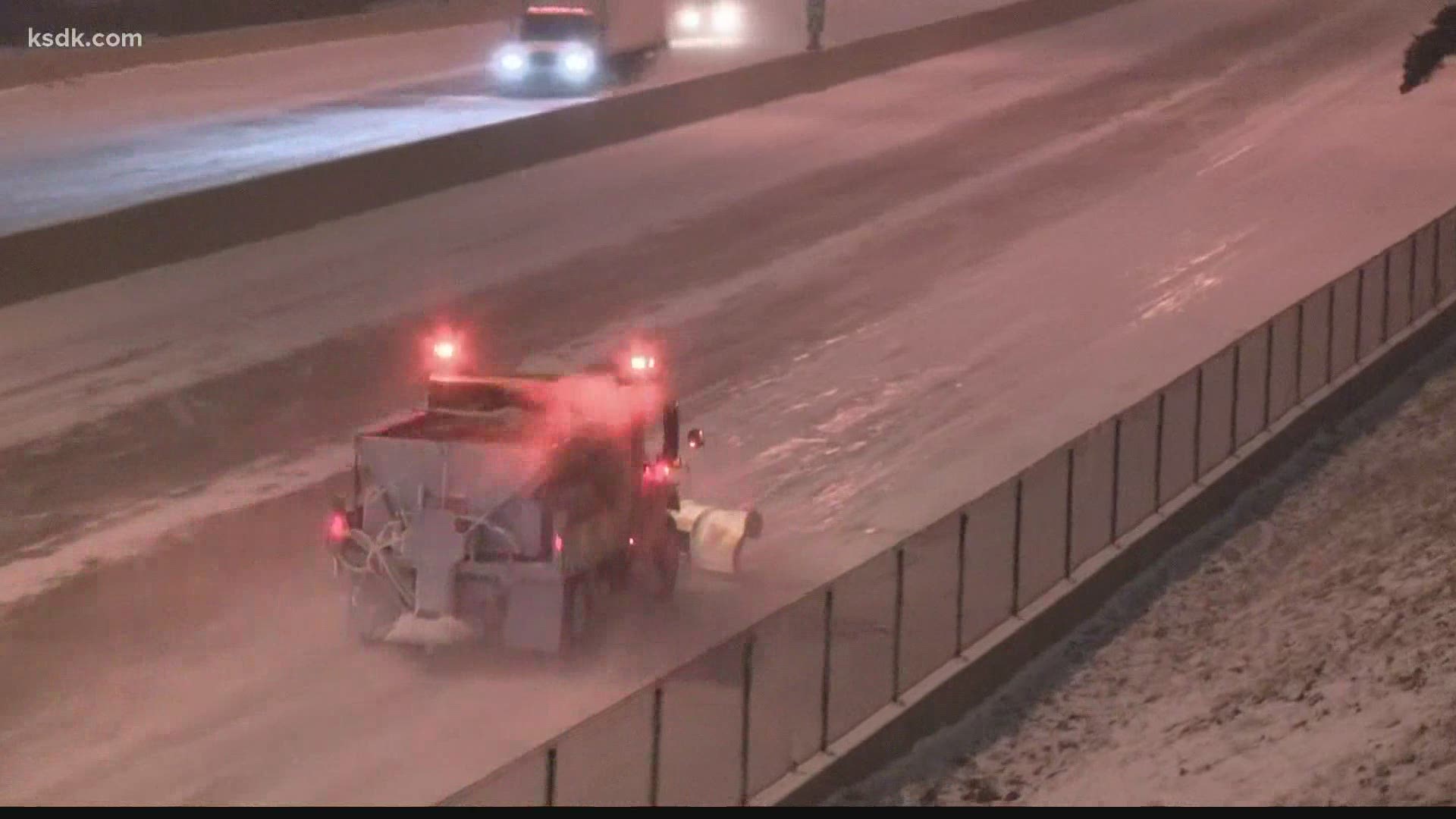 The center of the storm is a southern system that is traditionally favorable for significant snow accumulation over parts of southern Missouri and southern Illinois.

RELATED: Track the wintry weather with our live interactive radar

The heaviest snow band with this system appears to be just south and southeast of the metro area. Subtle changes in the track of the system could push that band a bit north or south as we watch the evolution of the storm. Most of the metro will see around six to eight inches of snow with the chance of up to a foot over southeastern Missouri and southwestern Illinois.

It will be a dry, fluffy snow given temperatures remaining in the single digits while it falls. This will make treating the roads more difficult as chemicals are not as effective in the cold temperatures. Travel troubles will likely be widespread across the Ohio Valley into deep south Texas and into the southern Plains.

The brutal cold also continues. With snow on the ground, morning temperatures will be around zero in many areas the next couple of mornings.

Additionally, a stiff wind will continue creating dangerously cold feels-like readings. The National Weather Service has issued a Wind Chill Advisory through Monday for most of our area with Pike and Montgomery counties in Missouri upgraded to a Wind Chill Warning due to winds chills of 20 to 30 degrees below zero.

Track the wintry weather with our live interactive radar

Kansas City Restaurant Week is entering its final stretch, with special menus available this weekend and then gone for a year. Restaurant Week deals are, as always, great: For $15, $35 or $45, … END_OF_DOCUMENT_TOKEN_TO_BE_REPLACED

Photo by Strangelabz LLC Since 2019, keyboardist Vincent Orsolini and drummer Tyree Johnson have led the local jazz fusion band Everyday Strangers. They are among a group of … END_OF_DOCUMENT_TOKEN_TO_BE_REPLACED

Our story with the most engagement since our last issue—and, indeed, for all of 2021—was the war of words between Crossroads cocktail spot SoT and Patrick Mahomes’ controversial kid brother. The … END_OF_DOCUMENT_TOKEN_TO_BE_REPLACED

Chiefs-Bills Both KC and Buffalo dominated their opponents in the first round of the playoffs, blowing out Pittsburgh and New England respectively. Now, the top two young quarterbacks in the … END_OF_DOCUMENT_TOKEN_TO_BE_REPLACED

Jared Wolfe’s original plan was to call his barbecue pit Lone Wolfe. That, he quickly came to feel, would be living a lie. “I didn’t feel like it was a good fit, to be honest,” he says. “I … END_OF_DOCUMENT_TOKEN_TO_BE_REPLACED