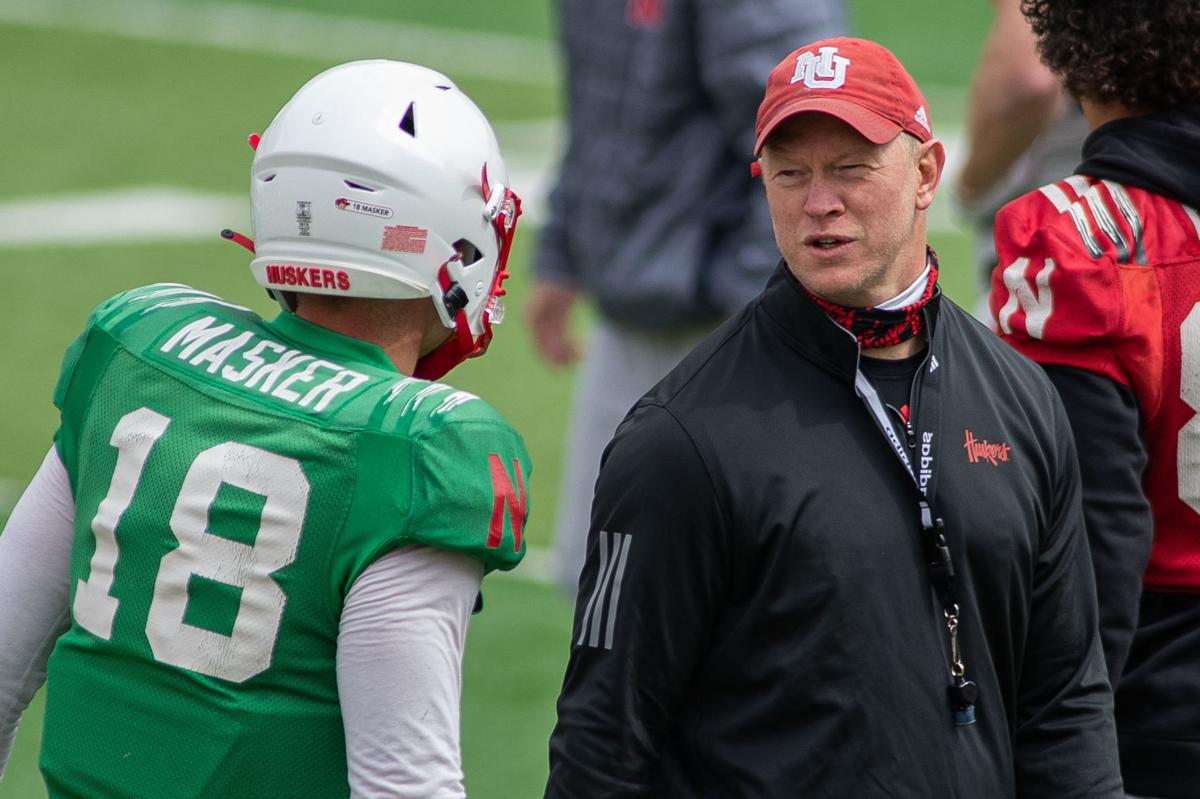 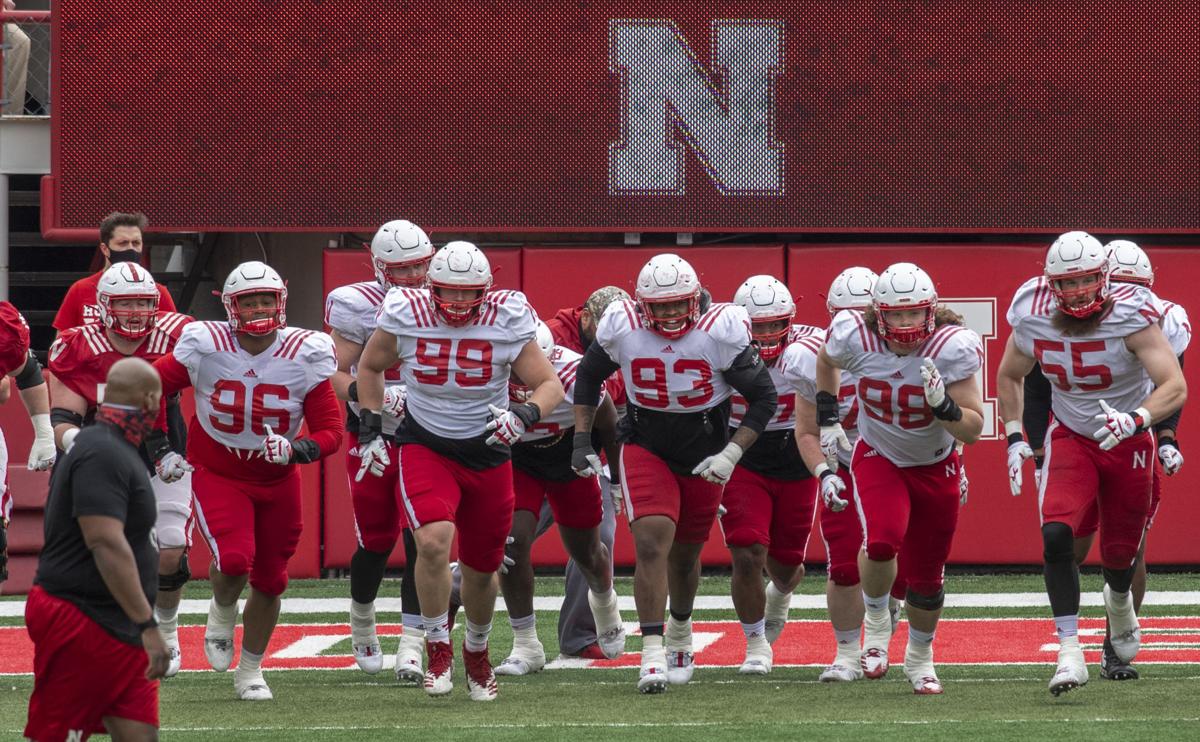 Nebraska football fans surely are like a lot of passionate college football fans in that they like to stack acorns, especially this time of year.

They continually analyze their program and stack acorns on the bright side, the side that seemingly indicates future success.

It’s a fun exercise. It’s also a bit of a guessing game. Who really knows if you have the acorns in the right places? Sometimes we’re essentially reading tea leaves.

Sometimes, someone will say something that makes you hesitate to lean either way.

The Husker football program, at least in his eyes, doesn’t operate like one that’s struggled in recent seasons.

“When I came here and saw how everybody works, it was kind of surprising to me that they haven’t been more successful the past couple years,” he said. “Everyone’s doing the right things. We’re working hard. Everyone has the right mentality. So I think it’s looking up. We just have to keep going.”

So, where should a Nebraska fan place that acorn? If everyone has been doing the right things, why do the Huskers have an 8-12 record the past two seasons? Is it mostly a talent issue?

Some Nebraska fans would suggest it’s mostly because of deficiencies in Scott Frost’s overall head-coaching acumen. I expected more from him by now, but that doesn’t mean I’ve made a final determination as to whether he can get the program moving in the right direction. We’re still stacking acorns, right? Along those lines, I’m in the camp that believes he should have a long runway. A real long runway. He inherited a program in complete disarray. Barring a disaster in 2021, he should be able to keep building his program the right way, no shortcuts.

And please, stop with the straight-up Scott Frost-Mike Riley comparisons. Frost inherited a program that had been run into a ditch. Riley inherited one that had just won at Iowa and played its you-know-what off against USC in the Holiday Bowl. Colossal difference.

A lot of Nebraska fans take Frost to task for continually expressing confidence in his program. He did it right out of the gate, in late 2017. He’s definitely guilty of overselling and underdelivering. Although that’s a misdemeanor, it’s created headaches for him. It’s put him in a bit of a bind.

Because of his program’s struggles, it makes sense for Frost to build up his players’ confidence publicly, especially in light of escalating skepticism and cynicism in the fan base. A head coach has to be mindful of fan negativity on social media and elsewhere. If players hear a lot of negative noise, well, it can chip away at their confidence. They’re human. Outside skepticism definitely can seep into a locker room.

Frost, though, is in a bind because every time he says something positive, many Nebraska fans almost in unison say something on social media along the lines of, “Hey, coach, just prove it on Saturdays. Enough talk.”

“I want to bring up the whole team,” he told reporters. “This has been the best spring I’ve been a part of since I’ve been here. You can just tell. You can not only tell, but you can feel that everybody is bought in and just competing with each other.”

You can hear skeptical Nebraska fans guffawing and rolling their eyes. Everybody is bought in? Well, that’s just wonderful, they say, dripping with sarcasm. I get it. It makes sense. Still, I think it’s important that a player expresses those sentiments. It’s “real talk,” in my opinion. But Husker fans want to see hard evidence of progress during the autumn, and that’s totally fair.

For now, just keep stacking acorns. In that regard, Nebraska fans had to be encouraged recently when standout junior corner Cam Taylor-Britt said he wants to play all special teams and whatever else is asked of him.

That sounds like heartfelt buy-in from a surefire future NFL player.

Meanwhile, Nebraska defensive line coach Tony Tuioti seemed to reflect the feelings of many in the fan base as he assessed what clearly is a promising group of linemen.

“Everybody has to establish themselves,” he said. “Nobody’s proven anything. In the last three years, we talked about our group as well — (veterans) Thomas, (Ben) Stille — we haven’t achieved what we’ve wanted to. This is going into my third year, and every single day it burns me that we’re not where we’re supposed to be yet right now. That’s the kind of chip I have on my shoulder, and my guys know that.”

A chip on Tuioti’s shoulder? Talented dudes with a lot to prove? Put that acorn on the bright side of the ledger.

Keep stacking them. Autumn will arrive soon enough, and it feels like it’s going to be an awfully important one around here.

Photos: What a Husker football practice (with fans!) looks like

Kansas City has long loved local lager. The vacant Imperial Brewery Co. building looming ominously over I-35, just south of downtown Kansas City, is proof. Built in 1902, at its zenith the six-story … END_OF_DOCUMENT_TOKEN_TO_BE_REPLACED