In the early 1900s, it wasn’t that uncommon for families to receive the sort of life-changing request that Armando Pasetti’s parents in Italy got from America, but it was still jarring. Their relative, Giovanni Volpi, had started a salami business in St. Louis after immigrating to the United States in 1899. He and his wife could not have children of their own, and they needed an heir to train and take over for them when the time came. They sent a letter to Mrs. Volpi’s family, the Pasettis, back in a small town outside of Milan, asking them to send over one of their children. As tradition dictated, they obliged.

“They chose my dad,” says Lorenza Pasetti, CEO of Volpi Foods (5256 Daggett Avenue, 314-446-7950). “He was the youngest, so it made sense. His older brothers were already established and spoken for, and they weren’t going to send his sister, because they weren’t going to put a girl in that job at the time. He was fourteen years old when they put him on a boat to New York and then on a train to St. Louis. He didn’t speak the language, and because of World War II, he couldn’t even go back to visit his family for ten years. It was really scary for him at first.” Little Armando may not have had a choice in the matter, but the moment he got to St. Louis, he embraced his new life as the heir of Volpi Foods. By the time he arrived in the 1930s, the salumeria was already an established part of the Hill, having been founded by Giovanni at the turn of the 20th century as a salami-making operation out of his friends’ basement. Prior to immigrating to the United States, Giovanni had spent several years honing his craft in his hometown and was an expert sausage-maker; it took little time for word of his prowess to spread through the Italian neighborhood, and in 1902, he opened the Volpi storefront and expanded his product line to include coppa, then eventually prosciutto and pancetta. Armando had big shoes to fill, but he was up for the challenge and took over the business from Giovanni in the late 1950s. He worked morning, noon and night in a craft that may not have been of his choosing but meant the world to him nonetheless.

If Armando was quick to embrace his calling as Volpi’s heir, Lorenza Pasetti was less so. Growing up in the family business meant she was often called on to package products when she’d rather be hanging out with her friends at the pool, and she laughs when she recalls how she used to dread news that the business had received orders. However, even as her teenage self resisted, she knew she was being primed to one day take over for her father. Less than a calling, it seemed more like fate.

“I think my parents just expected it,” Pasetti says. “When you are the child of immigrant parents, the world is a little bit different, and you look at the responsibility to your family a little bit differently. At that time, I didn’t say, ‘No way am I going to do this,’ because there’s no way I would’ve been able to.” 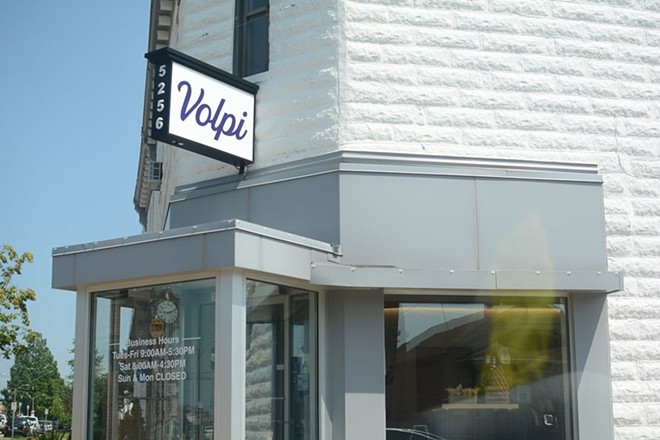 After going to graduate school for business, Pasetti returned to Volpi prepared to embrace her destiny and take over from her father when he was ready to retire. That transition happened in 2002, and she’s been steering the ship ever since, trying to balance the need to stay current with the respect for the artisanal way of doing things. As she explains, Volpi has been around since before refrigeration; in fact, that lack of cold preservation is why curing meat exists in the first place. As such, there is little the company can — or wants to — do to change the process.

However, she has made changes where she can. Last year, the company launched its “Raised Responsibly” program, a stringent set of self-imposed standards meant to guarantee that the customer is getting the best product possible by using the highest-quality raw materials. The brand has also revamped its packaging, committing to using more environmentally friendly materials in an effort to decrease its carbon footprint. 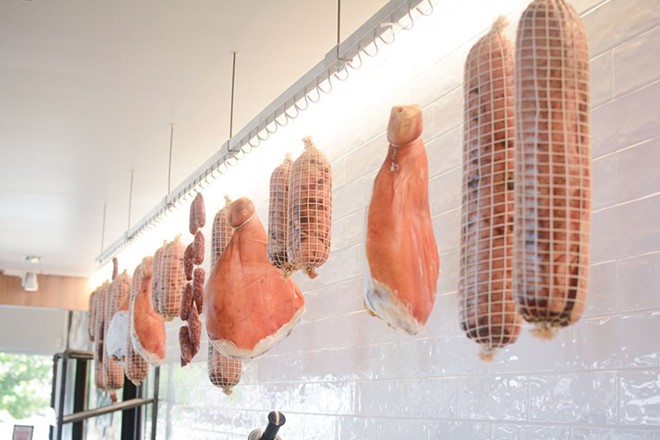 One thing that hasn’t changed — besides the products — is the family nature of the business. Pasetti’s two daughters and son all work at Volpi, and she sees it as her responsibility to keep that legacy going. Though she’s seen many changes in the industry over the years, she and her children feel a sense of excitement at their customers’ willingness to embrace their old way of doing things — something she hopes the Pasetti family will be able to do for generations to come.

“I think that the renaissance of people finding out about how good fermented and dried products are and how versatile they can be reinvigorates you and drives you to recreate yourself, the business and the products, and that constant improvement is part of the company’s DNA. It’s really motivating.”

We are always hungry for tips and feedback. Email the author at cheryl.baehr@riverfronttimes.com.

This year’s Halloween weekend is packed with events in Kansas City, from paranormal investigations to a disco night at one of the city’s swankiest nightspots. Here are our seven favorite Halloween … END_OF_DOCUMENT_TOKEN_TO_BE_REPLACED

Strang Hall, the food hall in Overland Park, is expanding to the Lightwell building in downtown Kansas City.  Menlo Food Labs, Strang Hall’s parent company, announced today that they will be … END_OF_DOCUMENT_TOKEN_TO_BE_REPLACED

Kansas City has long been a city of artists, but the last year and a half of pandemic living led to more people than ever making things like kiln-fired porcelain earrings, custom … END_OF_DOCUMENT_TOKEN_TO_BE_REPLACED

Mark Alford, the former co-host of Fox 4’s morning show, will run for Congress. Alford, who has voiced complaints about being “a conservative Christian who supports small business” in Kansas City … END_OF_DOCUMENT_TOKEN_TO_BE_REPLACED

Posted on October 27, 2021 Residents who want to help plan the future of Overland Park can watch a new session in a speaker series, focused on how different types of … END_OF_DOCUMENT_TOKEN_TO_BE_REPLACED