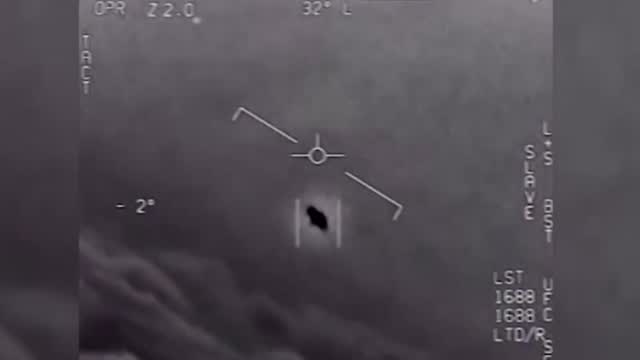 WASHINGTON (ABC) — Congress is looking to the skies.

Two U.S. officials have confirmed to ABC News that the upcoming intelligence community report on Unexplained Aerial Phenomena (UAP’s) says these unidentified flying objects are still, well, unidentified. But, there also isn’t any evidence suggesting the UAP’s are alien spacecraft.

Another government source told ABC News that UAP’s aren’t a part of any super-secret government program.

Federal intelligence agencies will present the report to Congress by the end of June.

Lawmakers called for the report after the Navy de-classified videos showing mysterious encounters fighter pilots had in recent years.

Skeptics say the UAP’s could be a glitch in the camera or some sort of advanced drone developed by Russia or China.

Photo courtesy of Charlotte Street Foundation Not Quite Fatal A group show of seven artists whose practices include printmaking, sculpture, and drawing, Not Quite Fatal was … END_OF_DOCUMENT_TOKEN_TO_BE_REPLACED

In the depths of the pandemic lockdown, when people around the world were feeling isolated and depressed, a group of Kansas City beer geeks started a group called Quarantined Beer Chugs. It was a … END_OF_DOCUMENT_TOKEN_TO_BE_REPLACED

Perhaps I’ve had cachete tacos in Kansas City before and not realized it. They go by a couple other names—cabeza, barbacoa. In Spanish, cachete means “beef cheeks” (one part of the cabeza) and it is … END_OF_DOCUMENT_TOKEN_TO_BE_REPLACED

Posted on January 25, 2022 City Council has approved a new pilot program allowing many Overland Park residents to raise chickens. Under the program, residents will be able to … END_OF_DOCUMENT_TOKEN_TO_BE_REPLACED