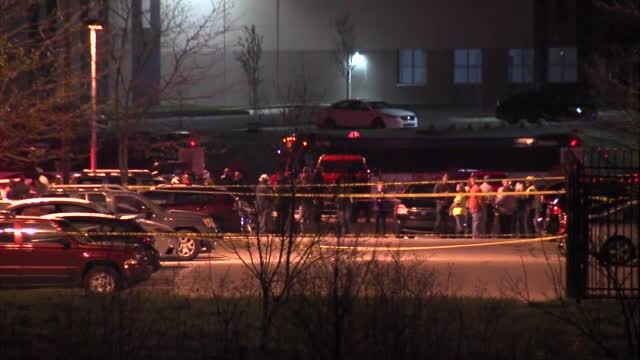 Indiana officials provided an update on last night’s mass shooting at 9:30 this morning.

INDIANAPOLIS, Ind. (KLKN) — UPDATE: FedEx has confirmed that the alleged gunman was a former employee at the facility.

Multiple sources have identified the shooter to ABC News as Brandon Scott Hole. Investigators are looking into his work history to determine whether he had been employed by FedEx or at the location of the shooting.

Overnight, a gunman opened fire at a FedEx ground facility in Indianapolis. At least eight people have been killed, with multiple other victims being rushed to the hospital.

According to the Indiana State Police (ISP), the shooter, in his rampage, committed suicide.

“The shooter has taken his own life. We don’t feel that there’s an active threat to the community at this time,” said an ISP spokesperson.

Police responded to gunshot reports around 11 pm at the FedEx facility, near the airport. About 100 workers were at the shipping facility at this time.

Once officers arrived on the scene, multiple victims were found both inside and outside the building.

Jeremiah Miller, a witness to the tragedy, said, “We heard three more shots and then my buddy Levi saw somebody running out of the building and then more shots went off.”

“This morning, Indianapolis residents are confronted with the horrific news of yet another mass shooting, an act of violence that senselessly claimed the lives of eight of our neighbors. As law enforcement works to learn more about this tragedy, our prayers are with the families of those whose lives were cut short.

Thank you to all of our city’s first responders for their tireless work overnight. Their quick response provided critical aid to those injured in the shooting and brought a measure of calm to an otherwise chaotic scene.”

Officials say there is no indication that the FedEx shooting was an act of terrorism, or connected to terrorism in any way. Investigators are working to determine whether it was an act of workplace violence.

Overnight, FedEx told ABC news, “our thoughts are with all those who are affected. We are working to gather more information and are cooperating with investigating authorities.”

While law enforcement works tirelessly to make sense of this tragedy.

“It is heartbreaking,” shared the ISP spokesperson. “Indianapolis police department, the officers responded. they came in, they went in and they did their job. and a lot of them are trying to face this because this a sight that no one should ever have to see… this is a tragedy, but through it- we will come through it.”

Kansas City has long loved local lager. The vacant Imperial Brewery Co. building looming ominously over I-35, just south of downtown Kansas City, is proof. Built in 1902, at its zenith the six-story … END_OF_DOCUMENT_TOKEN_TO_BE_REPLACED