Love it? Hate it? Indifferent? Vote in our Poll of the Day!

LINCOLN, Neb. (KLKN) – The 4th of July is a weekend for celebrating the nation’s independence, and the sounds of the celebrations can be heard far and wide across Nebraska as fireworks go off, from the big displays to neighborhood gatherings.

Our viewers and social media fans have been sounding off about the sheer amount of fireworks you can see and hear throughout the day and night.

Kris wrote on our Facebook page, “Lincoln is like a war zone! Get control of it Lincoln police!”

Tony fired back, “After being basically on lockdown for a year. I don’t blame people. Stop complaining and let people celebrate. People with dogs should have planned ahead and got medication for them.”

Kelli said, “It’s ridiculous. Having to sedate my dog and my veteran husband.”

Edward said it’s okay to just accept it for what it is, “It’s 2 days out of the year.”

The memes are also taking over. 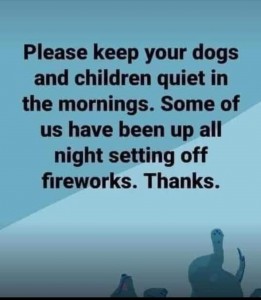 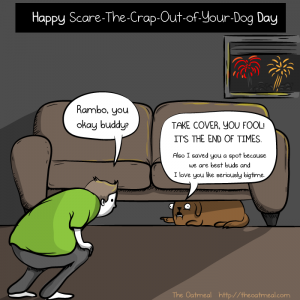 So now it’s your turn to sound off.

What do you think of the sights and sounds of fireworks across Nebraska?

February is short but sweet. This month, we share our picks for the city’s best bonbons and a lot of other unique sweets that are baked, dipped and drizzled to perfection. By Dawnya Bartsch, Martin … END_OF_DOCUMENT_TOKEN_TO_BE_REPLACED

Photo by Caleb Condit and Rebecca Norden It’s Valentine’s Day month, but fancy chocolate deserves to be enjoyed year-round. We visited chocolatiers around the … END_OF_DOCUMENT_TOKEN_TO_BE_REPLACED

Posted on December 1, 2022 Overland Park now has more access to information about its Police Department than ever, thanks to a library of online transparency-focused … END_OF_DOCUMENT_TOKEN_TO_BE_REPLACED