A large, dynamic weather system is churning through the southwest United States and play a significant role in Nebraska’s weather this weekend.  Ahead of the system, thunderstorms have developed in the Texas panhandle, requiring Tornado Warnings to be issued. 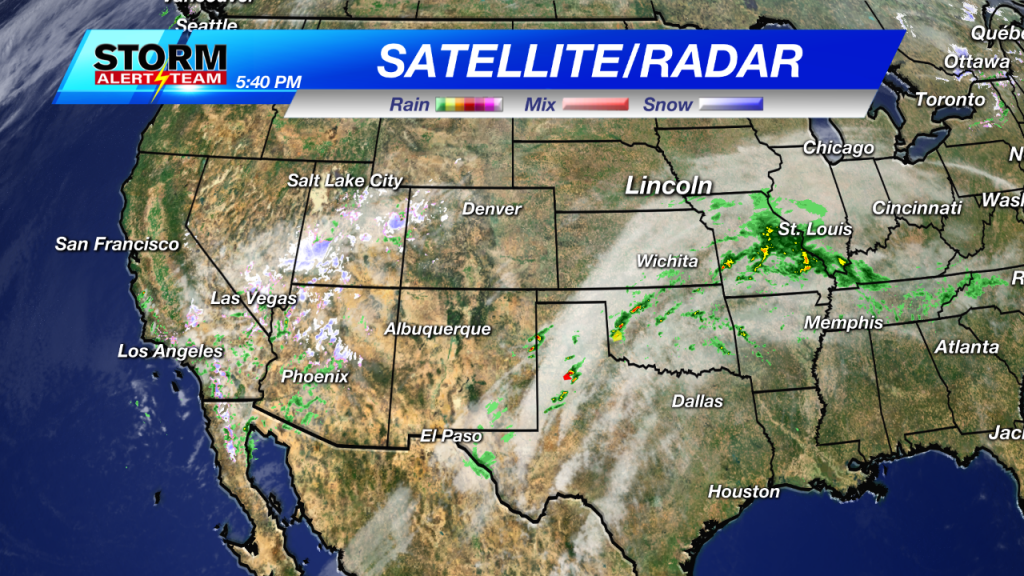 A plume of moisture can be seen in the satellite image above.  It runs from the Gulf of California, through Mexico, Texas, Oklahoma, Kansas, and Nebraska.  It is being drawn up ahead of the upper-level low that resides over southern Nevada, Arizona, and California.

The moisture streaming north in to the central United States is priming the atmosphere for a large rain and snow maker.

Rain will arrive in southeast Nebraska as early as Saturday morning, reaching the Lincoln area by midday.  From that point forward, rain will remain in the forecast through Monday morning.  At times the rain could be very heavy, especially late Saturday night and Sunday.  A widespread 2″ to 3″ of rain looks possible through Sunday night for the Cornhusker state. 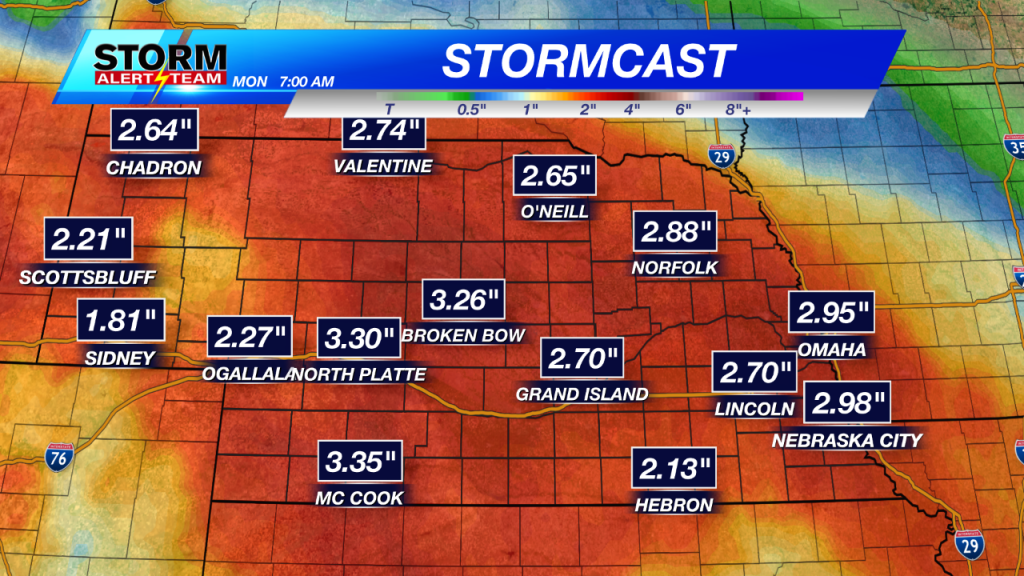 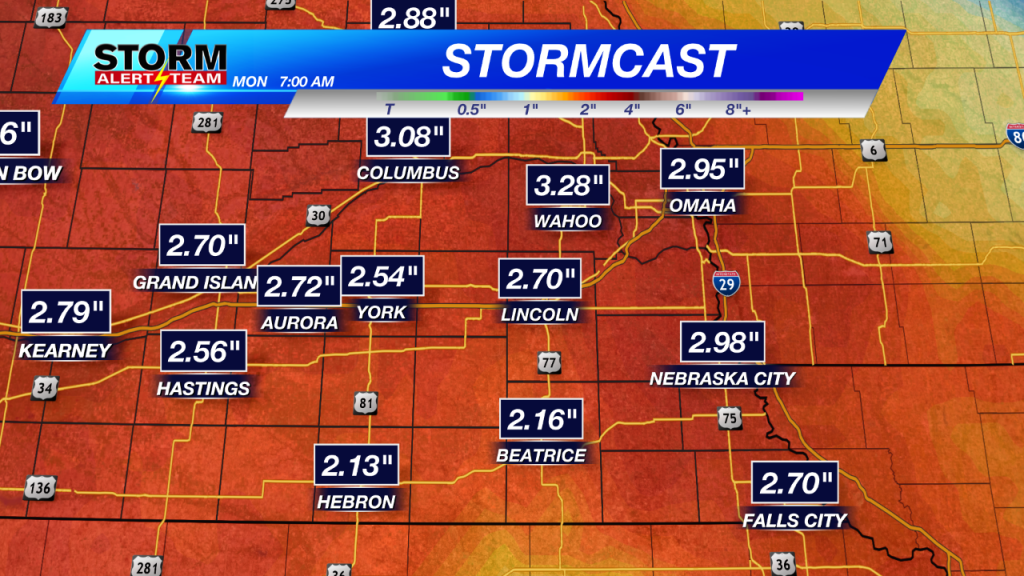 A 3-computer model average suggests 2.82″ of rain for Lincoln.  There are several things of interest about that.

Traveling through western Nebraska, Colorado, and southeast Wyoming is not advised this weekend.  Heavy snow is likely starting as early as Friday night.  Blizzard Warnings, Winter Storm Warnings, and Winter Storm Watches have been issued in advance of the storm hitting. 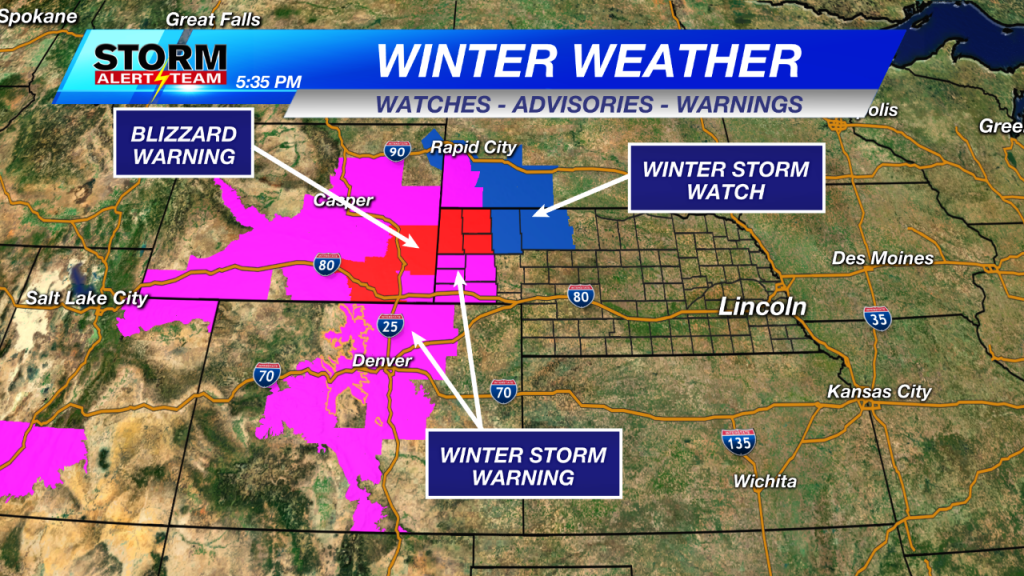 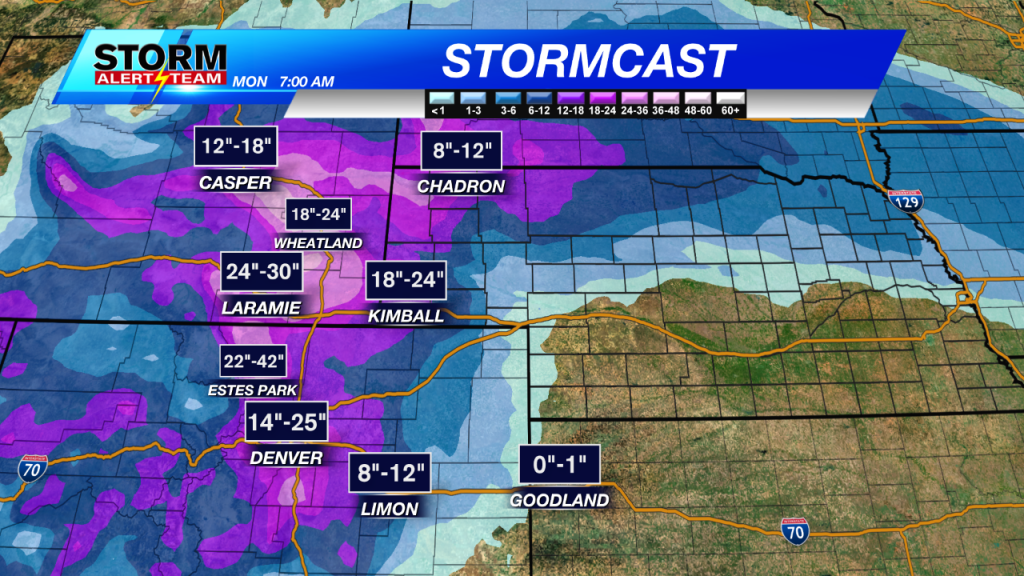 Oktoberfest You won’t go thirsty at Kansas City Bier Company’s annual Oktoberfest, which returns to Crown Center on October 7 and 8. Among the offerings are traditional lagers in the style of Munich … END_OF_DOCUMENT_TOKEN_TO_BE_REPLACED

When you think about wine, do you picture Missouri? If not, a new documentary by TasteMAKERS hopes to change your mind. “I fell in love with Missouri wine early on,” says Cat Neville, the … END_OF_DOCUMENT_TOKEN_TO_BE_REPLACED

Photo by staff. Ashton Bethel started making home decor during the pandemic as a hobby. Now, she has her own business: High Noon Pottery (@highnoonpottery). Typically, Bethel … END_OF_DOCUMENT_TOKEN_TO_BE_REPLACED

You can never tell the secrets a tortilla holds. I am not referring to what this deceptively plain wrapper carries between its folds: the al pastor licked with heat and pineapple or some impossibly … END_OF_DOCUMENT_TOKEN_TO_BE_REPLACED

Here are nine great things to do in Kansas City the weekend of September 29 to October 2, including the biggest barbecue in the world, a mashup of Oktoberfest and Dia de los Muertos and the Violent … END_OF_DOCUMENT_TOKEN_TO_BE_REPLACED