There is a noticeable change in the humidity thanks to a cold front that has brought drier air in to the region.  Dew points are in the 40°s and 50°s as compared to the lower/middle 60°s Monday. 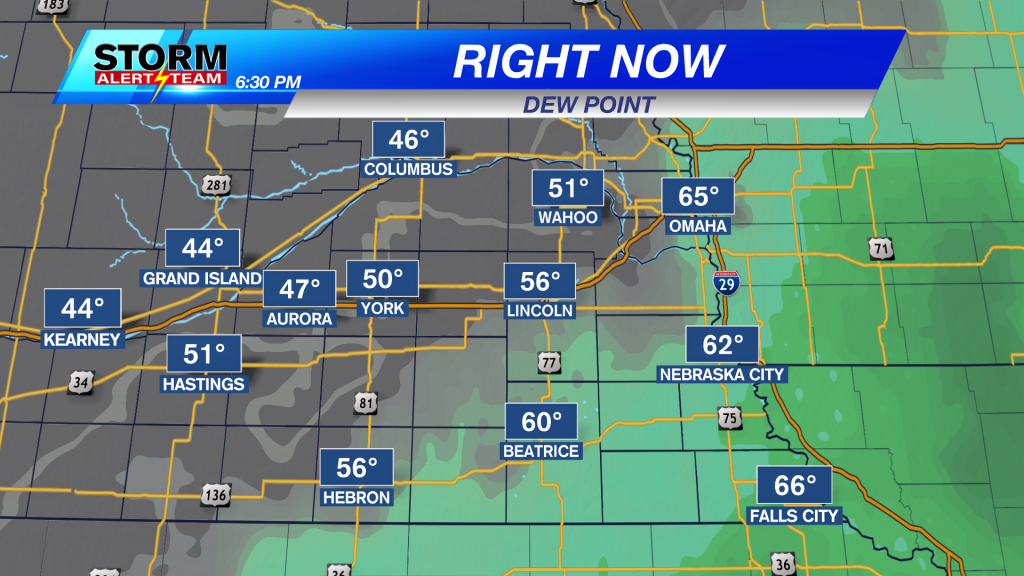 Mostly clear skies tonight and comfortable conditions by Wednesday morning.  Temperatures will drop in to the middle and upper 50°s. 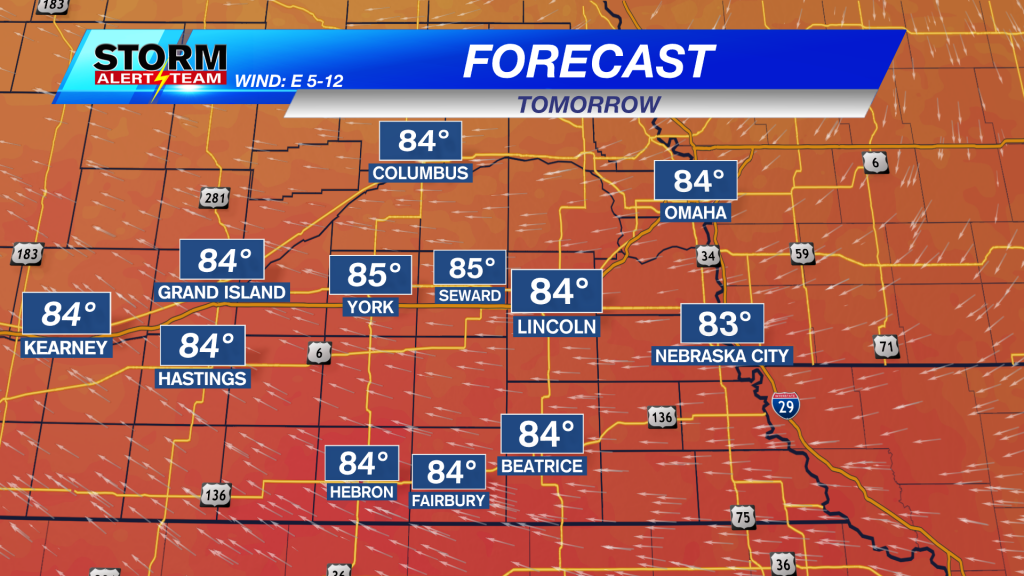 Most of the day Wednesday should be nice.  Mostly sunny skies and temperatures rebounding back to the lower and middle 80°s.

“Nice” begins to change Wednesday evening.  We will be watching for thunderstorms to develop over the Nebraska panhandle.  This area will be key in whether or not we end up with strong/severe storms in the eastern half of the state.

Computer models suggest the thunderstorms will move east, eventually combining in to a large complex of thunderstorms, called a Mesoscale Convective System (MCS). 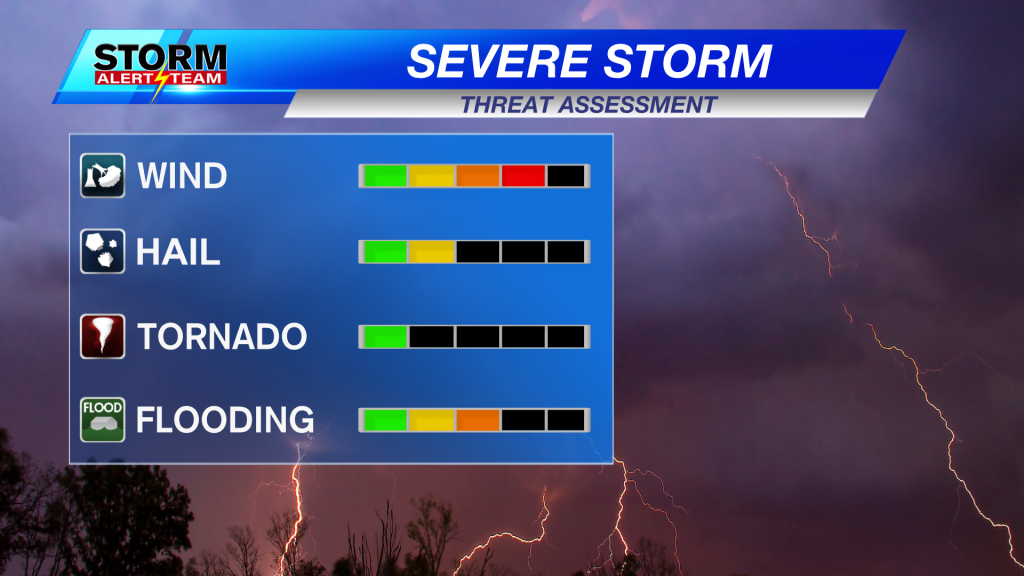 Initially, the thunderstorms will have the capability of producing large hail, damaging winds, and an isolated tornado.  As we go further in to the night, the primary threat transitions to damaging winds and heavy rain. 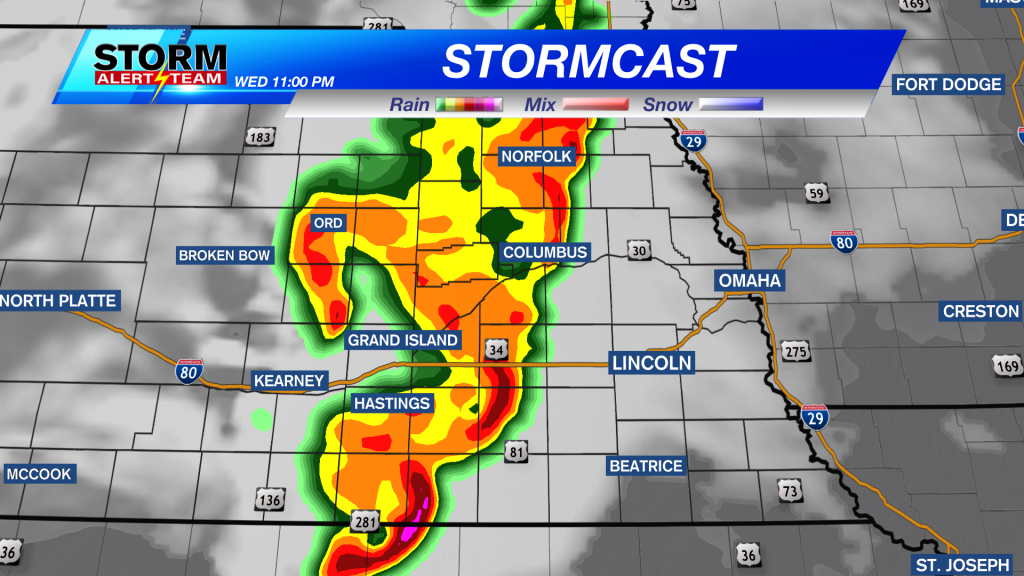 The complex will start to arrive in the Channel 8 viewing area as early as 8 p.m.  Probably reaching the Lincoln area between 11 p.m. Wednesday and 2 a.m. Thursday morning. 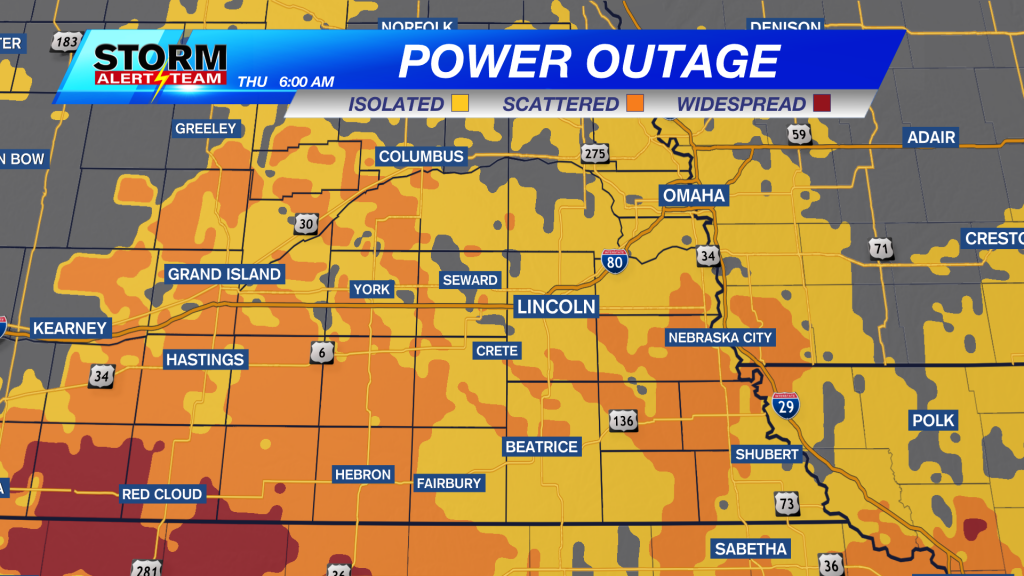 Our in-house high resolution computer model suggests potential for isolated to scattered power outages across the state due to power lines getting knocked down.

Due to the timing the storms will impact the Channel 8 viewing area, it is important to have a way to be alerted to severe weather alerts.  If you have a NOAA Weather Radio, be sure the batteries are fresh, and keep your cell phones charged before going to bed.

Next year Worlds of Fun will reach fifty years of business, and to celebrate it is bringing back one of its most legendary roller coasters: the Zambezi Zinger. At the time of Worlds of Fun’s opening … END_OF_DOCUMENT_TOKEN_TO_BE_REPLACED

Standing in the same location since 1857, the City Market is nearly as old as Kansas City itself. In the 1850s, over three hundred steamboats traveled on the Missouri River—including the Arabia before … END_OF_DOCUMENT_TOKEN_TO_BE_REPLACED

At 6 p.m. this Friday at the Kauffman Center, TEDxKC will have a lineup of ten speakers whose expertise range from a sky full of stars to the key to happiness to a MacArthur Genius. The theme is … END_OF_DOCUMENT_TOKEN_TO_BE_REPLACED

Mesoamericans called it food of the gods. From central Mexico down to Honduras, where the cacao tree grows native, ancient Olmecs, Mayans and Aztecs would gather the oblong fruit and break open its … END_OF_DOCUMENT_TOKEN_TO_BE_REPLACED

The definition of “comfort food” tends to vary depending on who you ask. At two new Brookside restaurants, Brady & Fox and Earl’s Premier, the term applies both to time-honored Irish recipes and East … END_OF_DOCUMENT_TOKEN_TO_BE_REPLACED