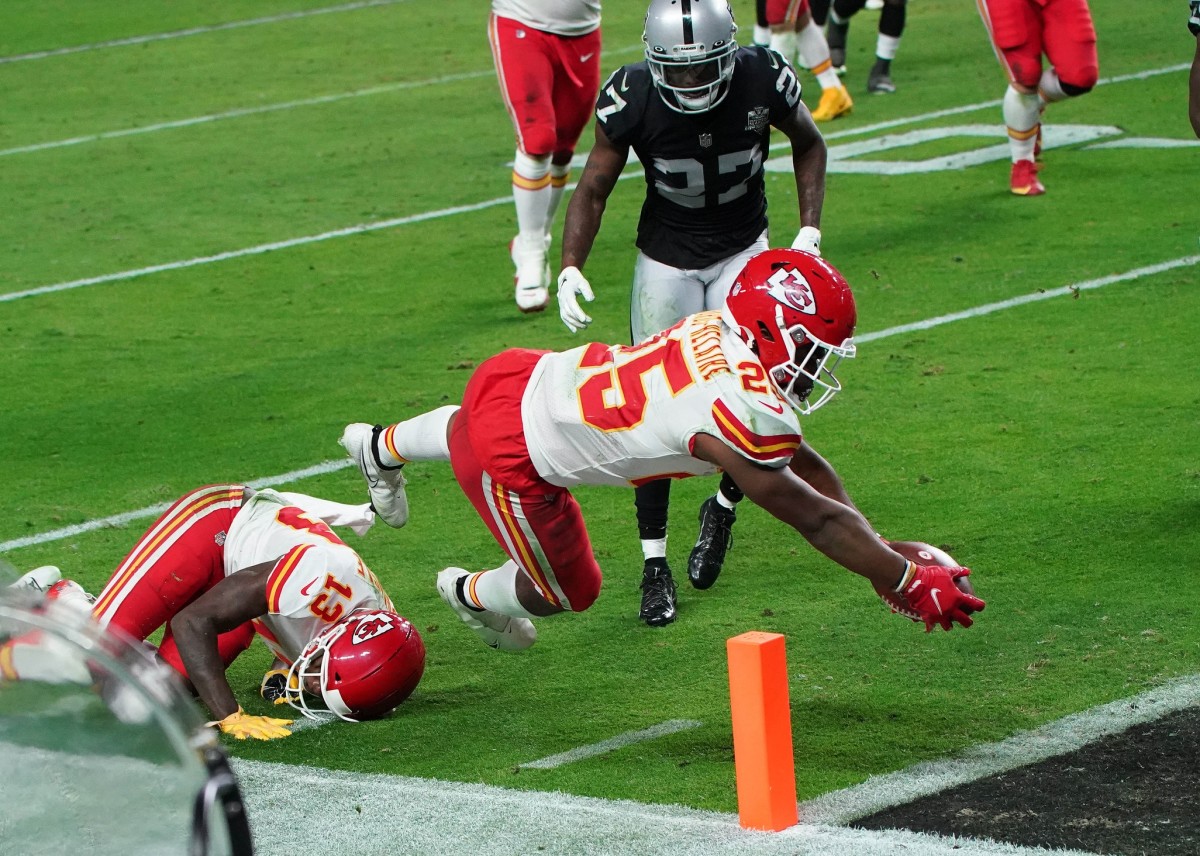 Another rookie class has endured their first season as professional football players. Due to the COVID-19 pandemic, this past season was unlike any other in NFL history and took a more difficult road than previous rookie classes had to deal with in their debut seasons. Just like last year, I’m going to dig into the Kansas City Chiefs’ rookie class and see how they can make that second-year jump.

First up is Clyde Edwards-Helaire, the running back from LSU. Heading into his rookie season, there were a lot of expectations placed on CEH. For starters, he was the only first-round selection that Chiefs general manager Brett Veach had ever made. Secondly, a lot of folks, fairly or unfairly, didn’t want to see the Chiefs take a running back in the first round. Thirdly, returning starter Damien Williams opted out for the 2020 season due to COVID-19.

There wasn’t a lot of time to work out the kinks with a severely tweaked offseason program, so there was a lot of learning on the fly. Good news for the Chiefs: it seemed like Edwards-Helaire caught on fairly quickly.

Edwards-Helaire jumped out of the gates with a solid Week 1 effort against the Houston Texans. He turned 25 carries into 138 yards and a touchdown. The hype train was chugging along from the start.

In Week 2, he fell back down to earth after a 10-carry, 38-yard performance. He did have another monster game in Week 6 against the Buffalo Bills with 26 carries for 161 yards. After that game, he had limited touches the rest of the year, mostly because the Chiefs decided to lean heavily on the passing game vs. running game. He also got hurt against the New Orleans Saints in Week 14 which sidelined him for the final two weeks of the regular season.

He finished the regular season with 1,100 total yards, with 803 rushing and 297 receiving. He also had four rushing touchdowns and one receiving touchdown. A very solid but not overly spectacular rookie stat line.

So how can Edwards-Helaire make that second-year jump? There are a few things that make him a candidate to make a big jump in year two.

For starters, he has a year of experience under his belt, and that can’t be overstated. Starting as a rookie for the defending Super Bowl champions is huge. He will be able to learn from his experience and put that into motion as he starts his second season.

The Chiefs overhauled the offensive line in the offseason which should be another huge boost for CEH and his ability to hit the hole and bring up his average yards per carry. This should also give him more opportunities to score touchdowns when the team gets inside the red zone.

It would be advantageous to the offense if Andy Reid were to get CEH more involved in the passing game. Having the edge as a solid receiving back was one of Edwards-Helaire’s points of emphasis coming out of college. It was a bit surprising that he was utilized so little in that aspect of the offense last season. Look for him to break out as part of the passing game in year two.

With all of these scenarios taken into consideration, it wouldn’t be surprising to see Edwards-Helaire take a big step forward in production in 2022. Hitting 2,000 total yards of offense is a possibility. For fun, let’s say 1,400 rushing yards and 600 receiving yards. His touchdown total could very well jump into double-digits as well. Taking a guess, 11 rushing and five receiving touchdowns sounds about right.

If you don’t believe me, then consider the NFLPA’s opinion of Edwards-Helaire. He joined nine other veterans in the “Rising Stars 2021” column that was just released this week. I’m also giving him the “sleeper” tag in fantasy football this year, as there are currently about 20 running backs ranked ahead of him. That will be excellent value for the second-year rising star.

Despite the so-so results of the 2021 season in the box score, CEH is primed for a big jump in year two. He can turn his knowledge of the system, power of the offensive line in front of him, and ability to showcase his receiving skills into an impressive second-year jump.

Read More: Patrick Mahomes ‘Ahead of Schedule’ in Offseason Rehab

Jacob Collier Jacob Collier is coming to The Truman this Thursday night. This event has been rescheduled from May 2020, and resellers seemed to have marked up ticket prices quite a bit. But trust … END_OF_DOCUMENT_TOKEN_TO_BE_REPLACED

Posted on May 19, 2022 The City of Overland Park welcomes a new Human Resources Department leader, following a national search. Thomas Bledsoe comes to the City from … END_OF_DOCUMENT_TOKEN_TO_BE_REPLACED

Food from the upcoming Westport Korean restaurant Chingu/Photo by Alyssa Broadu Chingu, a new Westport spot from the team behind Sura eats, will combine Korean street food and soju … END_OF_DOCUMENT_TOKEN_TO_BE_REPLACED