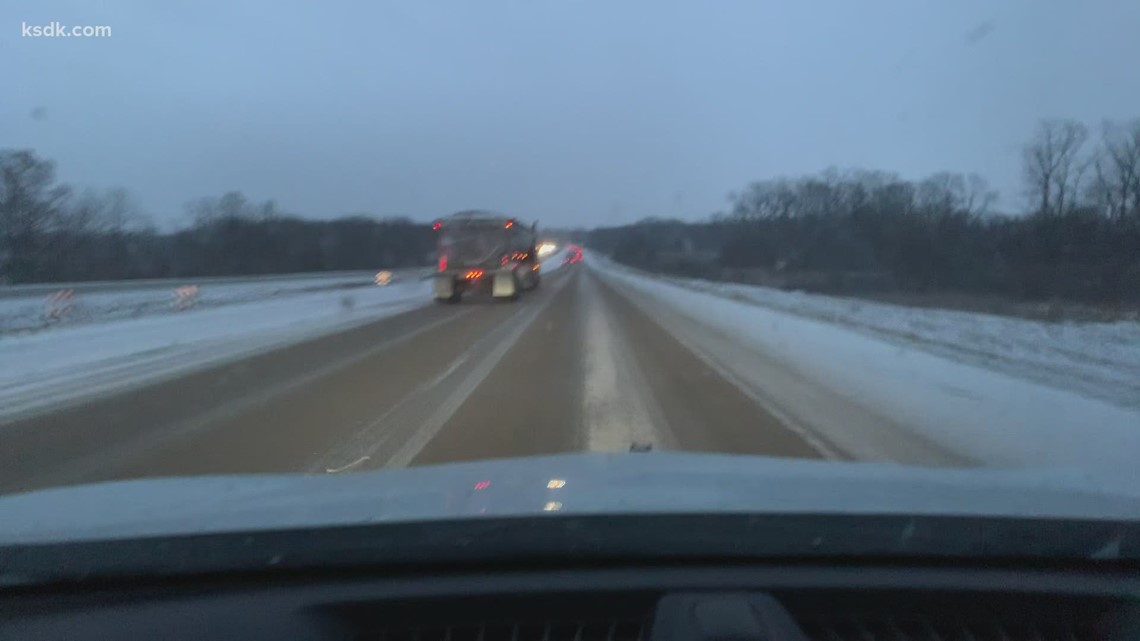 Roads are slick and the snow is piling up in the St. Louis area

A spokesperson for Dierbergs announced all stores would close early Monday for the safety of employees and customers. Stores will close at 6 p.m. They plan to reopen for normal business hours Tuesday.

Schnucks stores in the greater St. Louis area will close at 8 p.m. They plan to reopen Tuesday at 6 a.m. or their normal opening time, whichever is later.

The grocery stores are the latest major establishments in St. Louis to announce closures.

The Gateway Arch and Saint Louis Zoo announced Sunday they would be closed Monday due to the severe weather forecasted in the St. Louis area.

An Arch spokeswoman said the facility and museum will be closed due to inclement weather. Anyone with a Tram Ride to the Top reservations is being contacted to reschedule.

The Zoo said it will be closed due to the weather. Only staff directly related to critical operations will be reporting to work on Monday.

A winter storm warning continues across our area Monday afternoon. Areas of heavy snowfall, with 1-2 inch-per-hour rates are spreading across the St. Louis area and points east and south.

Our heaviest snow will be Monday afternoon in the metro area before pushing to the northeast this evening. Additional light snow will continue into Monday evening before tapering to flurries by midnight, but the majority of the accumulating snow will occur during the afternoon.

Mesoamericans called it food of the gods. From central Mexico down to Honduras, where the cacao tree grows native, ancient Olmecs, Mayans and Aztecs would gather the oblong fruit and break open its … END_OF_DOCUMENT_TOKEN_TO_BE_REPLACED

The definition of “comfort food” tends to vary depending on who you ask. At two new Brookside restaurants, Brady & Fox and Earl’s Premier, the term applies both to time-honored Irish recipes and East … END_OF_DOCUMENT_TOKEN_TO_BE_REPLACED

The King of Cass County’s bold vision for Harrisonville imploded. Can anyone revive it? It’s 5 pm on a Monday night in downtown Harrisonville. Only one other car is parked in the square. … END_OF_DOCUMENT_TOKEN_TO_BE_REPLACED

She says in her long life, the only constant is change, and she knows important changes are coming in Kansas. She’s faced battles/discrimination and stood up for LGBT+ rights throughout her life, and … END_OF_DOCUMENT_TOKEN_TO_BE_REPLACED

She says in her long life, the only constant is change, and she knows important changes are coming in Kansas. She’s faced battles/discrimination and stood up for LGBT+ rights throughout her life, and … END_OF_DOCUMENT_TOKEN_TO_BE_REPLACED