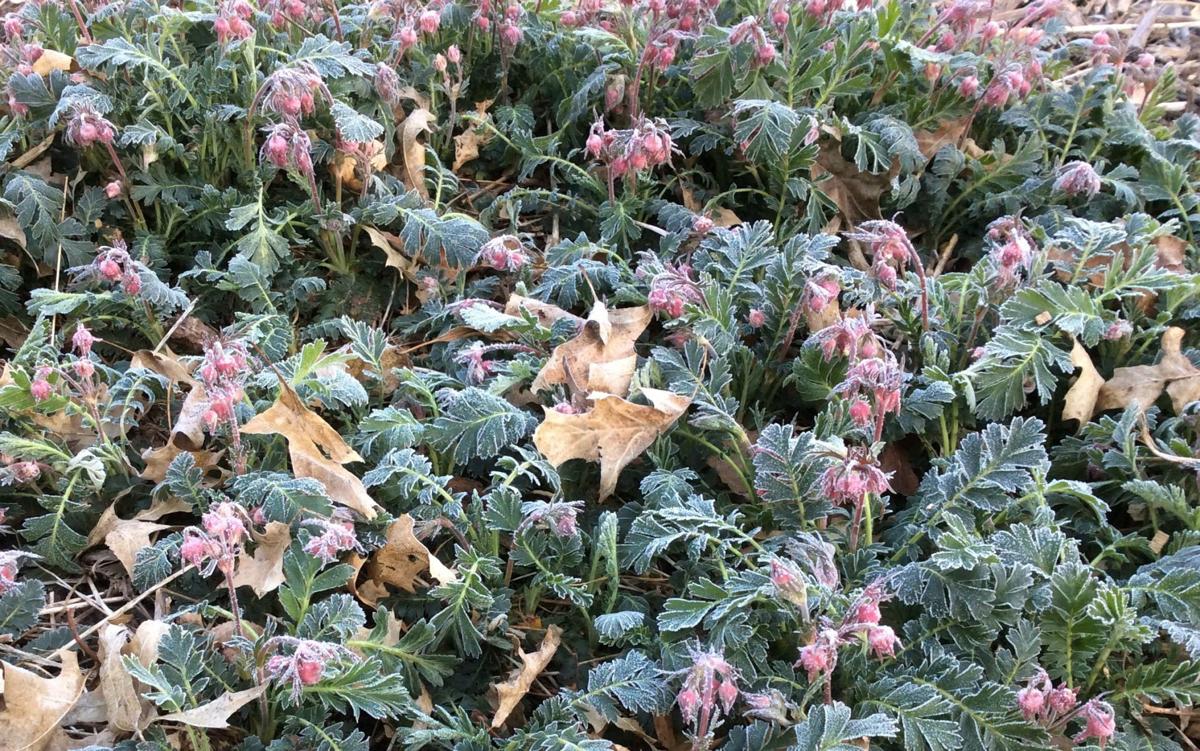 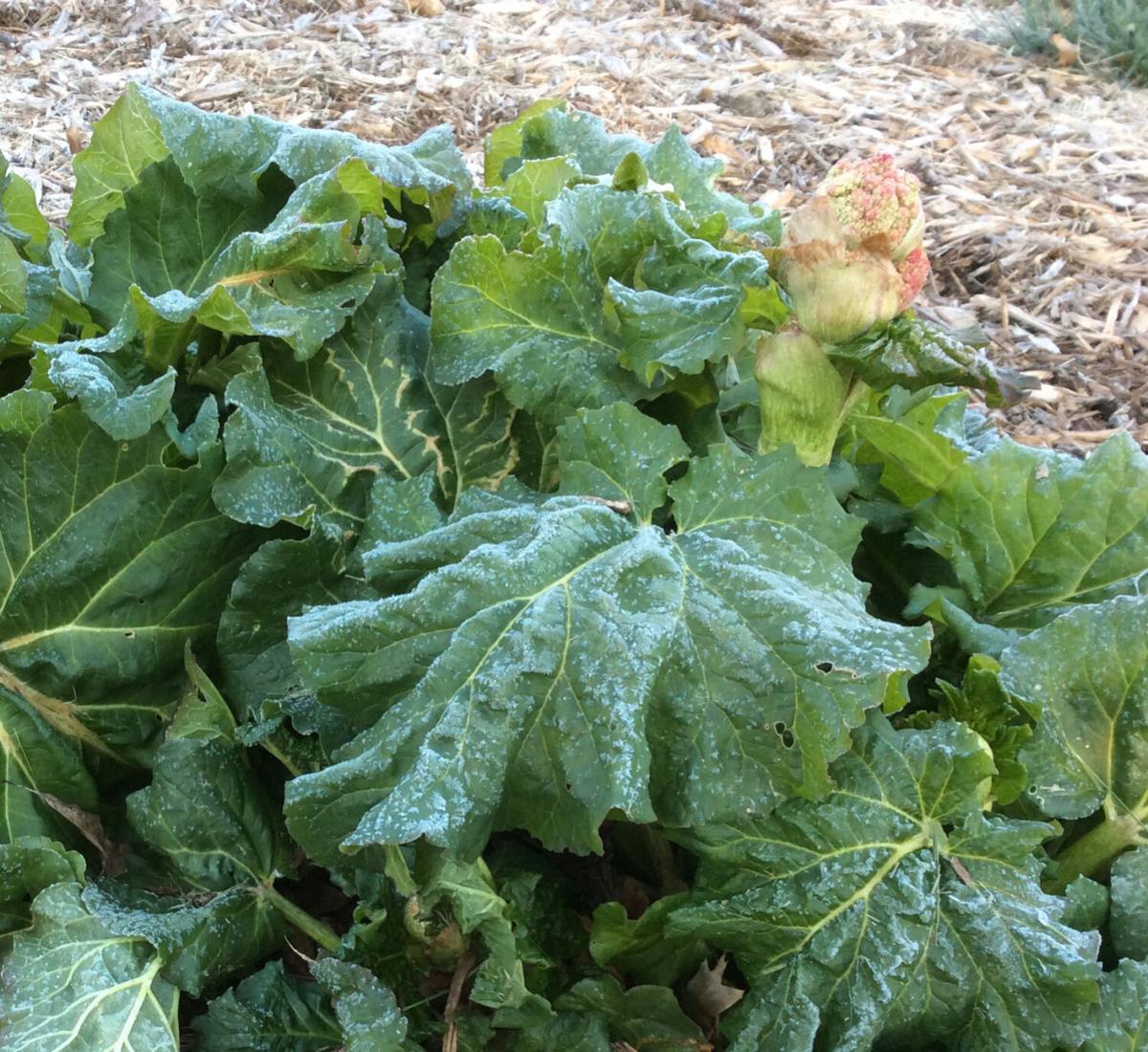 Unseasonably warm, mid-70 to nearly 90-degree temperatures in early April lured trees, shrubs and perennials out of dormancy. Many trees and shrubs have been blooming for the last two weeks, only to be threatened by normal late April frosts.

Gardeners always have concerns following a spring freeze. What should you look for to determine if plants were damaged?

One way to determine the likelihood of damage to early season perennials is to look at the cold tolerance of early spring vegetables, which are actively growing during the same time frame.

Early season perennial plants like bleeding heart (Dicentra spectabilis) and peony had put on several inches of growth in response to the warm temperatures. But fortunately, in many locations freezing temperatures did not dip low enough to cause serious leaf or stem damage, and plants had not yet developed flower buds, which could have been killed.

Sarah Browning: Get the jump on weeds in lawn

Can rhubarb and asparagus exposed to cold temperatures still be eaten? If either rhubarb or asparagus stalks were damaged by cold, they will turn soft, mushy and eventually become brown; damaged stalks should be pulled out and discarded. New leaves and asparagus shoots will soon develop. If the stems are still well-colored and firm, they are safe to eat.

If you planted early, tender plants like tomatoes and greenhouse transplants likely did not survive if they weren’t protected and will need to be replaced. Remember not to get too excited by early spring warm days and be fooled into planting tender plants early; in eastern Nebraska there is only a 10% chance of frost after April 29- May 12.

The new growth on many trees and shrubs can tolerate temperatures in the low 30s and upper 20s. Damage is most likely to appear if temperatures drop into the middle 20s or below, and, fortunately, it did not get that cold in the Lincoln area.

Damaged leaves at first appear water-soaked and may be darker green in color. Within a few days the leaves will dry up and may become black or brown, although sometimes they retain their green color for several days. Later in spring, as partially damaged leaves open, browning or leaf tatter caused by freeze injury to the leaf tissues while still in the bud may be seen. In fact this condition has a name — oak tatters. When leaves fully enlarge later in the season, this old freeze damage injury may appear to homeowners as insect or disease problems, however, pesticides should not be applied to “control” the injury.

However, flower buds are less cold tolerant than leaves and many trees —  magnolia, forsythia, ornamental pear, wild plum and crabapple — were actively blooming during April 19-21’s freezing nights. The flowers of tender plants like magnolia are usually the first affected and may have been killed completely — turning brown and wilted — but this should not cause any serious or lingering effects on the tree’s overall health.

Potential damage to fruit tree flower buds is a serious concern, since a significant crop reduction will occur if many buds are killed. Bud development stage for each tree type determines the likelihood of crop damage. For example, apple trees in the full pink stage — the point at which flower buds are fully swollen and showing color but not yet open — will suffer 10% flower death at 28 degrees and 90% flower death at 25 degrees. For more details on cold temperature effects on fruit trees, review the publications below.

As with perennial plants, otherwise healthy and hardy trees and shrubs will develop secondary buds and re-leaf later in spring. However, new flower buds will not develop. Avoid pruning out damaged new growth until late spring to minimize the need for plants to use energy reserves sealing pruning wounds as well as beginning secondary bud development.

Also, avoid fertilization of freeze-damaged trees and shrubs. Fertilizer is not “plant food” and can worsen the condition of plants already struggling with the freeze injury. If a home turf receives regular fertilization throughout the growing season, and trees or shrubs are near turfgrass areas then additional fertilization is not needed or recommended.

Finally, follow best management practices, including regular watering and mulching, and control pests as needed during the summer to avoid additional stresses.

PhotoFiles: Sunken Gardens through the years

Jared Wolfe’s original plan was to call his barbecue pit Lone Wolfe. That, he quickly came to feel, would be living a lie. “I didn’t feel like it was a good fit, to be honest,” he says. “I … END_OF_DOCUMENT_TOKEN_TO_BE_REPLACED

Posted on January 18, 2022 The City of Overland Park will begin an engagement phase of a new small business rescue program scheduled to launch in Spring 2022. The Overland … END_OF_DOCUMENT_TOKEN_TO_BE_REPLACED

Posted on January 13, 2022 The Overland Park Crisis Action Team has hit the ground running in 2022, and there’s already a new four-legged team member on board. The behavioral … END_OF_DOCUMENT_TOKEN_TO_BE_REPLACED