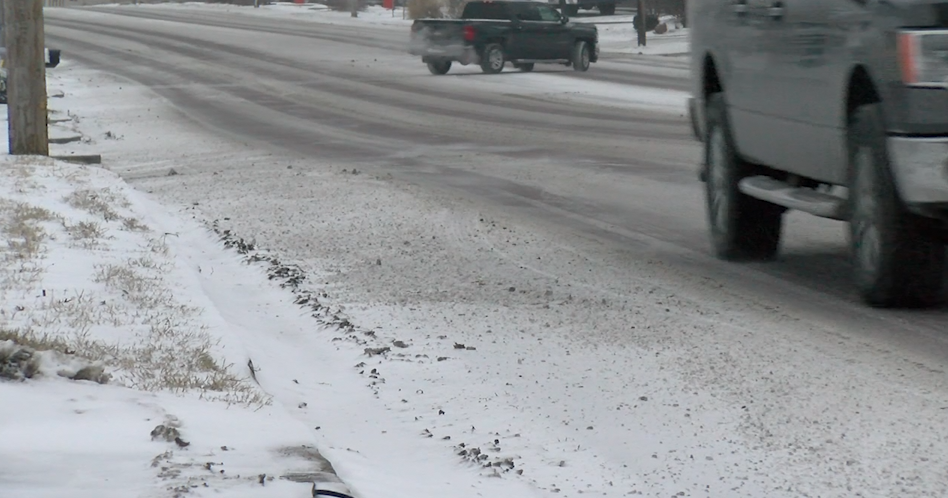 With extreme cold and snow in Mid-Missouri, officials are urging citizens stay home if possible through this winter weather.

The ABC17 Stormtrack Weather Team has issued a Weather Alert Day until Tuesday for extreme cold and winter precipitation.

Green said this specific storm is particularly dangerous because of the temperatures. He said it’s taking first responders a little bit longer to respond to drivers that are stuck because of the road conditions.

“Sitting in your vehicle when it’s 50 degrees out compared to zero is a huge difference, and can literally mean the difference between life or death,” Green said.

He said if driver’s do get stuck, it’s important to know that the exhaust pipe might be covered with snow, and can lead to carbon monoxide getting into your vehicle.

“Our concern is people getting in situations where they are stuck, and maybe they can’t reach their phone, especially in a rural area, and if you are sitting out there for 30 minutes, or an hour or longer, you could literally die,” Green said. “It’s something that most people don’t think about, but these are pretty drastic situations.”

Green said people should have a fully charged phone before leaving, and officials say keeping extra clothes, blankets and other essentials in your car important.

MoDOT’s Central District Maintenance Engineer Jason Shafer said this weather is extremly hard to respond to because all our the chemicals they use are not effective in these temperatures.

He said road crews will be out all night Sunday and through the day on Monday, until they can get a handle on the conditions. Crews will focus on high volume routes.

“We’re trying to do the most good for the most people in the shortest amount of time,” Shafer said.

He said the biggest problem has been drivers hitting snow plows on Sunday, causing damage and injuries.

“Just give our trucks lots of space because that’s what’s keeping the roads in as good as condition as they can be in these stituations,” Shaffer said.

Operation Division Director of Jefferson City Public Works said a full crew have been in just about 7 a.m Sunday morning and will treat the roads until 8 p.m.

“It’s going to be a long couple of days,” Smith said.

The bitter cold temperatures is also causing the department’s road treatments to be ineffective, and they are seeing snow pack onto the pavement and freeze there.

“The good news is after last week the amount of salt we have on the roads, that’s actually helping. There’s a lot of residue there and as the sun comes out we get that melt and we can peel that layer off,” Smith said. “But it does take a while.”

He said their salt supply is in good shape for now, but the extreme cold and frequency of the snow is starting to wear on equipment and staff.

“This has been one of the hardest weeks from a snow stand point that I can remember in quite a while,” Smith said.

The city of Columbia brought plow crews in at 7 a.m. on Sunday to respond to winter weather.

The city advised residents to drive with caution as well as closely monitor the forecast and changing road conditions.

Crews will be focusing on first, second and third priority routes. ABC17 News reached out the the city for more information.