The remains of a New Hampshire woman who mysteriously vanished 43 years ago were believed to have been found near a submerged car last week, investigators said.

Alberta Leeman, of Gorham, N.H, went missing on July 26, 1978, while driving her 1972 Pontiac LeMans. She was 63 years old. Her disappearance is not considered suspicious, New Hampshire State Police (NHSP) said in a statement posted Friday on Facebook.

SEARCH CONTINUES FOR MISSING IDAHO BOY, 5, WHO DISAPPEARED NEAR HOME NEARLY 2 WEEKS AGO

After decades of uncertainty surrounding what happened to Leeman, investigators believe they found some answers 14 feet below the surface of the Connecticut River in Lancaster.

“The vehicle has apparently been in the Connecticut River for decades and was recently found by NH Fish & Game utilizing their specialized technology,” NHSP said, adding that human remains were also found.

The circumstances surrounding how the vehicle ended up in the river remain under investigation.

The state’s Fish and Game Law Enforcement Division said in a statement that one of its conservation officers, Joe Canfield, took an interest Leeman’s mysterious disappearance.

After learning about Leeman’s case, Canfield used the agency’s regularly scheduled ROV/SONAR training sessions to focus searches on areas of the river he believed had a high probability of turning up clues. 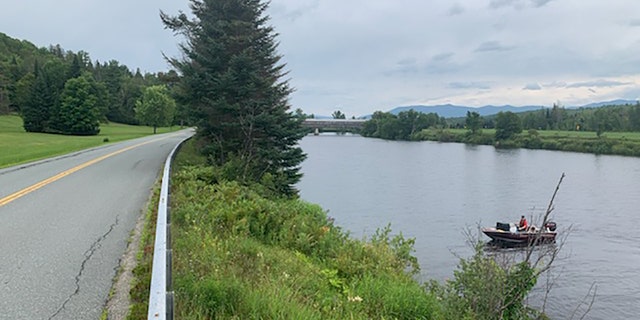 The state’s Game and Fish division located a submerged  car that matched Leeman’s Pontiac in the Connecticut River. Human remains found within the car have yet to be positively identified.
(New Hampshire Fish and Game Law Enforcement Division and Operation Game Thief)

During a recent training mission, the sonar team located what appeared to be a submerged vehicle, the agency said. A subsequent search on Thursday matched the license plate of the submerged vehicle to Leeman’s Pontiac.

Investigators believe the vehicle had been submerged in the Connecticut River since July 1978.

While the human remains found near the submerged vehicle have yet to be positively identified, Leeman’s family told the New Hampshire Union Leader that they are grateful for the closure brought to their loved one’s case.

“You never give up,” her daughter, Nancy McLain, told the paper. “She’s at peace, and when they get her we’re going to take care of her with my dad.”

The pandemic threw a wrench in many people’s holiday shopping. What used to be trips to stores and markets with the family to find the perfect gift turned into Amazon wish lists and online gift cards. … END_OF_DOCUMENT_TOKEN_TO_BE_REPLACED

Rhonda LeValdo travels from Lawrence to Kansas City for every Chiefs home game, but she’s never actually been inside Arrowhead Stadium. Instead, she stands by a bus stop at the corner of Red Coat Lane … END_OF_DOCUMENT_TOKEN_TO_BE_REPLACED

For eighty years, a story has remained buried under the tales of the great men of Kansas City jazz, from Count Basie to Charlie Parker. Living and playing alongside them was another legend, pianist … END_OF_DOCUMENT_TOKEN_TO_BE_REPLACED