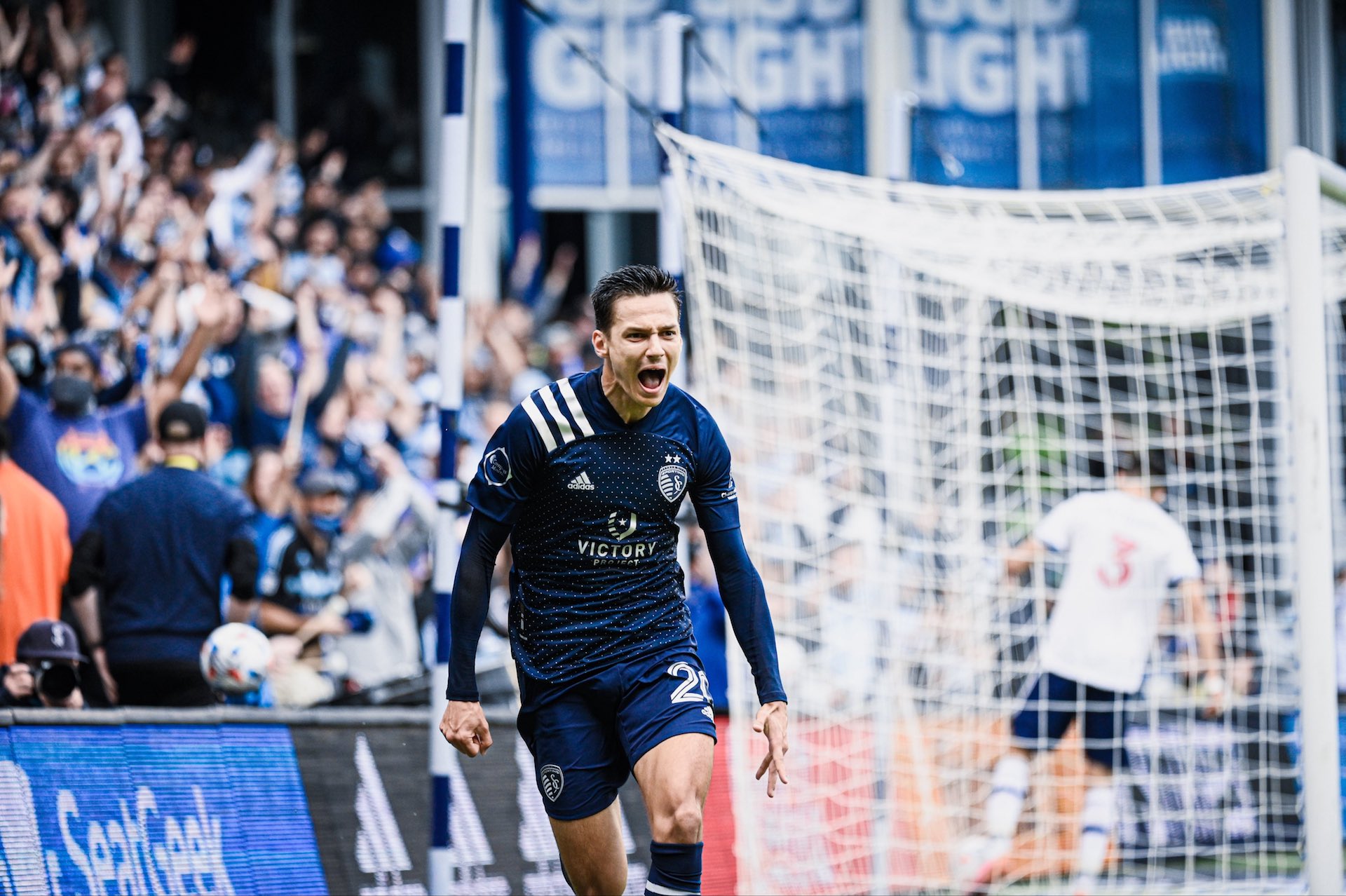 Sporting got off on the front foot and kept that foot on the gas for much of the opening 45 minutes. Roger Espinoza thought he had the breakthrough goal, but was denied by Maxime Crepeau with a diving save in the 21st minute.

Salloi was instrumental throughout the first half. Seconds after a near-miss, the homegrown winger buried his second goal of the season to open the scoring in the 28th minute. Salloi played a combination with Pulido before tucking his shot into the side netting.

Three minutes later, Salloi was clipped in the box by Ryan Raposo and Pulido sent Crepeau the wrong way to convert the penalty kick to double SKC’s lead.

Cristian Dajome had a golden chance to pull the visitors back a goal early in the second half, receiving an errant pass out of the back by Ilie Sanchez. But Tim Melia, in his return from injury, pounced off his line to challenge and Dajome put his attempt over the crossbar

Pulido then got his brace and put the game away in the 58th minute, megging Ranko Veselinovic with his low shot from 16 yards out.

The pandemic threw a wrench in many people’s holiday shopping. What used to be trips to stores and markets with the family to find the perfect gift turned into Amazon wish lists and online gift cards. … END_OF_DOCUMENT_TOKEN_TO_BE_REPLACED

Rhonda LeValdo travels from Lawrence to Kansas City for every Chiefs home game, but she’s never actually been inside Arrowhead Stadium. Instead, she stands by a bus stop at the corner of Red Coat Lane … END_OF_DOCUMENT_TOKEN_TO_BE_REPLACED

For eighty years, a story has remained buried under the tales of the great men of Kansas City jazz, from Count Basie to Charlie Parker. Living and playing alongside them was another legend, pianist … END_OF_DOCUMENT_TOKEN_TO_BE_REPLACED