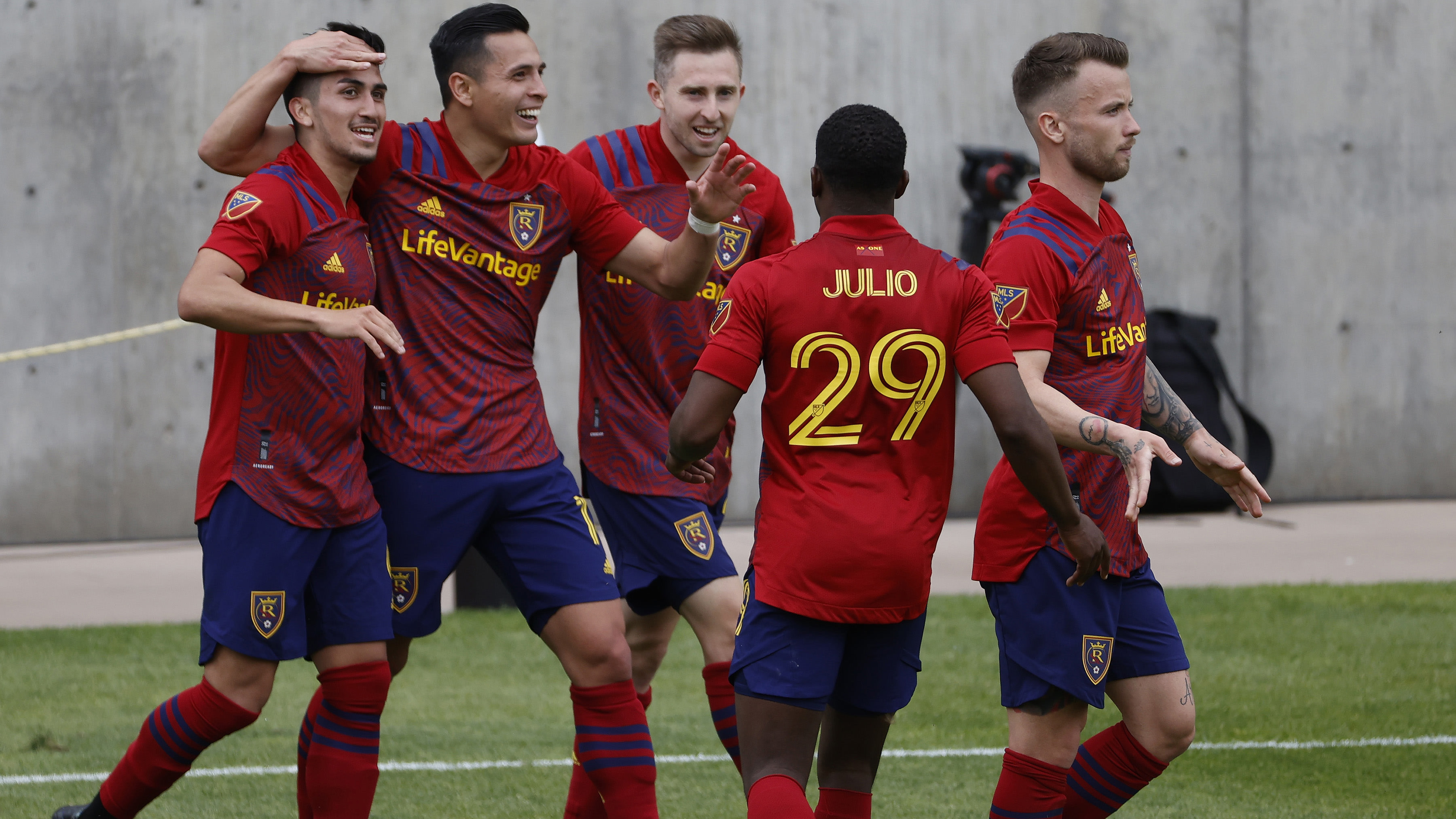 The match got off to a relatively quiet start, but then SKC got onto the board in the 17th minute, breaking quickly on a pass intercepted by Luis Martins for a goal involving three attacking players. Khiry Shelton send a cross through the box, which Gianluca Busio smartly dummied, leaving Pulido open with time for the finish.

Even though RSL had a lot of time on the ball in the first half, SKC ran at the host’s defense throughout the period. That defense had to make a key change in the 30th minute, when Aaron Herrera was subbed off with a quad injury for homegrown player Andrew Brody. Brody, making his MLS debut, put his stamp on the game within his first five minutes, whipping in a cross that Damir Kreilach headed in for his first goal of the season, to level matters heading into the halftime break.

RSL nearly captured the lead less than two minutes after halftime, with Rubin gathering a Route 1 ball and crossing it to Anderson Julio, but the Week 2 hero went wide with his headed attempt.

Rubin and Julio continued to pressure the SKC defense, and in the 52nd minute, Rubin shot RSL into the lead.

The hosts continued to threaten, but saw efforts from Rubin and Albert Rusnak go wide in the 68th minute to keep SKC in it. Pulido had a 71st-minute attempt that was denied, taking a high boot to the face from Marcelo Silva in the process, but was ruled offside on the potential penalty shout.

Then, in the 77th minute, Rubin got his brace, fending off two defenders on the left flank with some footwork before firing in a shot from near the 18, providing the insurance goal that RSL threatened to put in throughout the half. The visitors simply couldn’t answer the remainder of the way.

Photo courtesy of Charlotte Street Foundation Not Quite Fatal A group show of seven artists whose practices include printmaking, sculpture, and drawing, Not Quite Fatal was … END_OF_DOCUMENT_TOKEN_TO_BE_REPLACED

In the depths of the pandemic lockdown, when people around the world were feeling isolated and depressed, a group of Kansas City beer geeks started a group called Quarantined Beer Chugs. It was a … END_OF_DOCUMENT_TOKEN_TO_BE_REPLACED

Perhaps I’ve had cachete tacos in Kansas City before and not realized it. They go by a couple other names—cabeza, barbacoa. In Spanish, cachete means “beef cheeks” (one part of the cabeza) and it is … END_OF_DOCUMENT_TOKEN_TO_BE_REPLACED

Posted on January 25, 2022 City Council has approved a new pilot program allowing many Overland Park residents to raise chickens. Under the program, residents will be able to … END_OF_DOCUMENT_TOKEN_TO_BE_REPLACED