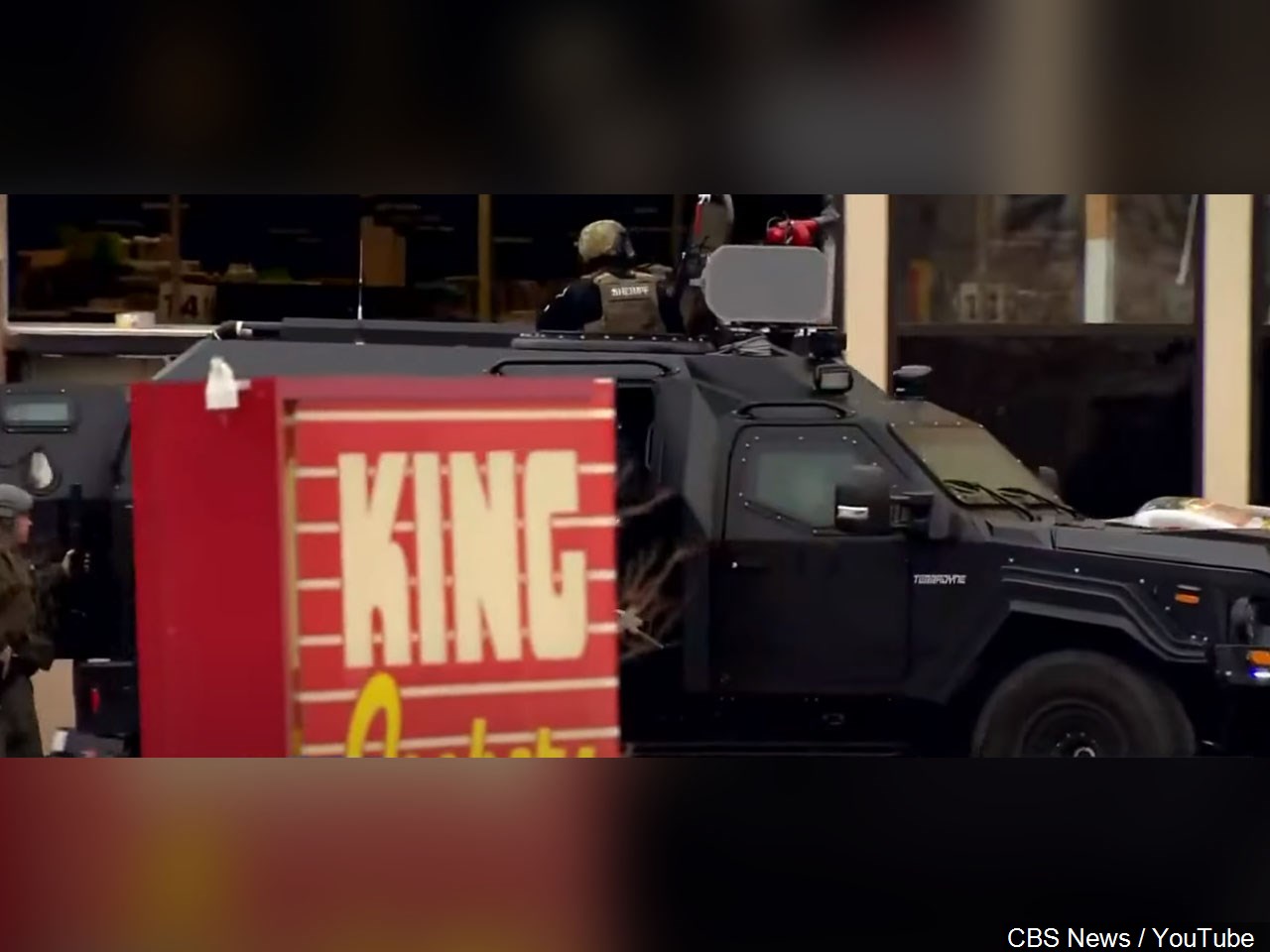 Ten lives were lost, including one police officer, after a shooter opened fire at a Colorado supermarket. Ahmad Alyssa, 21, has been identified as the accused shooter.

“There’s still a great deal we don’t know about the killer and the motivation of the killer in Boulder, Colorado, and other critical aspects of this mass shooting. I’ve been briefed this morning by the Attorney General of the United States, the director of the FBI. I have spoken with the Governor. And I’ll be speaking with the Mayor on the — on the aircraft.

“As President, I’m going to use all the resources at my disposal to keep the American people safe. As I said, at this moment, a great deal remains unknown but three things are certain. First, ten lives have been lost, and more families have been shattered by gun violence in the state of Colorado. And Jill and I are devastated, and the feeling — I just can’t imagine how the families are feeling, the victims whose futures were stolen from them, from their families, from their loved ones who now have to struggle to go on and try to make sense of what’s happened.

“Less than a week after the horrific murders of eight people and the assault on the AAPI community in Georgia, while the flag was still flying half staff for the tragedy, another American city has been scarred by gun violence and the resulting trauma. And to say (?) that — I even hate to say it, because we’re saying it so often, “my heart goes out.” Our hearts go out for the survivors, the — who had to, had to flee for their lives, and who hid, terrified, unsure if they would ever see their families again, their friends again.

“The consequences of all this are deeper than I suspect we know. By that, I mean the mental consequences, the feeling of — anyway, it’s just — went through too many of these. The second point I want to make is: my deepest thanks to the heroic police and others first responders who acted so quickly to address the situation, and keep the members of their community safe.

“And to state the obvious, I commend the exceptional bravery of officer Eric Talley. I send my deepest condolence to his family. His close, close family of seven children. You know, when he pinned on that badge yesterday morning he didn’t know what the day would bring. I want everybody to think about this. Every time an officer walks out of his or her home and pins that badge on, a family member that they just said good-bye to wonders subconsciously whether they’ll get that call, the call that his wife got. He thought he’d be coming home to his family and his seven children. But when the moment to act came officer Talley did not hesitate in his duty making the ultimate sacrifice in his effort to save lives. That’s the definition of an American hero. And thirdly I want to be very clear. This is the one thing I do know enough to say on in terms of what’s happened there.

“While we’re still waiting for more information regarding the shooter, his motive, the weapons he used, the guns, the magazines, the weapons, the modifications that apparently have taken place to those weapons that are involved here, I don’t need to wait another minute, let alone an hour, to take common sense steps that will save the lives in the future, and to urge my colleagues in the House and Senate to act.

” We can ban assault weapons and high capacity magazines in this country once again. I got that done when I was a Senator. It passed. It was a law for the longest time. And it brought down these mass killings. We should do it again. We can close the loopholes in our background check system, including the Charleston loophole. That’s one of the best tools we have right now to prevent gun violence.

“These are bills that received votes of both Republicans and Democrats in the House. This is not and should not be a partisan issue. This is an American issue. It will save lives, American lives. And we have to act. We should also ban assault weapons in the process. I’ll have much more to say as we learn more, but I wanted to be clear: those poor folks who died left behind families, and it leaves a big hole in their hearts.

“And, and we can save lives, increasing the background checks like they’re supposed to occur, eliminating assault weapons and the size of magazines. We don’t know all the details yet on that but I’ll be talking to you more later today or in the next couple days about what else we know. May God bless you all and those families who are mourning today because of gun violence in Colorado and Georgia and all across the country.

“We have to act so there’s not more of you, there’s fewer of you as time goes on. Thank you so much.”

Shanita McAfee-Bryant knows the recipe for success. From creating new recipes within her family’s kitchen to winning Cutthroat Kitchen, a popular Food Network game show, McAfee-Bryant looks to use her … END_OF_DOCUMENT_TOKEN_TO_BE_REPLACED

For forty years, the low-slung but striking Vine Street stone buildings on the periphery of Kansas City’s historic Jazz District have sat vacant, boarded up, surrounded by a chain-link fence and … END_OF_DOCUMENT_TOKEN_TO_BE_REPLACED

Illustration by Makalah Hardy. As the name implies, hot pots are hot. How hot? My server can’t tell the exact temperature of the rich broth tossing dried chiles around at a rolling boil on the … END_OF_DOCUMENT_TOKEN_TO_BE_REPLACED

André’s has been making quiche since 1955, and not originally by choice. “The concept that my grandparents came over here from Switzerland with was exclusively pastries and chocolates—1955 Kansas City … END_OF_DOCUMENT_TOKEN_TO_BE_REPLACED

Rain or shine, something Kansas Citians have been able to count on for the last thirty years is turning to KSHB 41 News and watching chief meteorologist Gary Lezak tell them what to expect. But with … END_OF_DOCUMENT_TOKEN_TO_BE_REPLACED