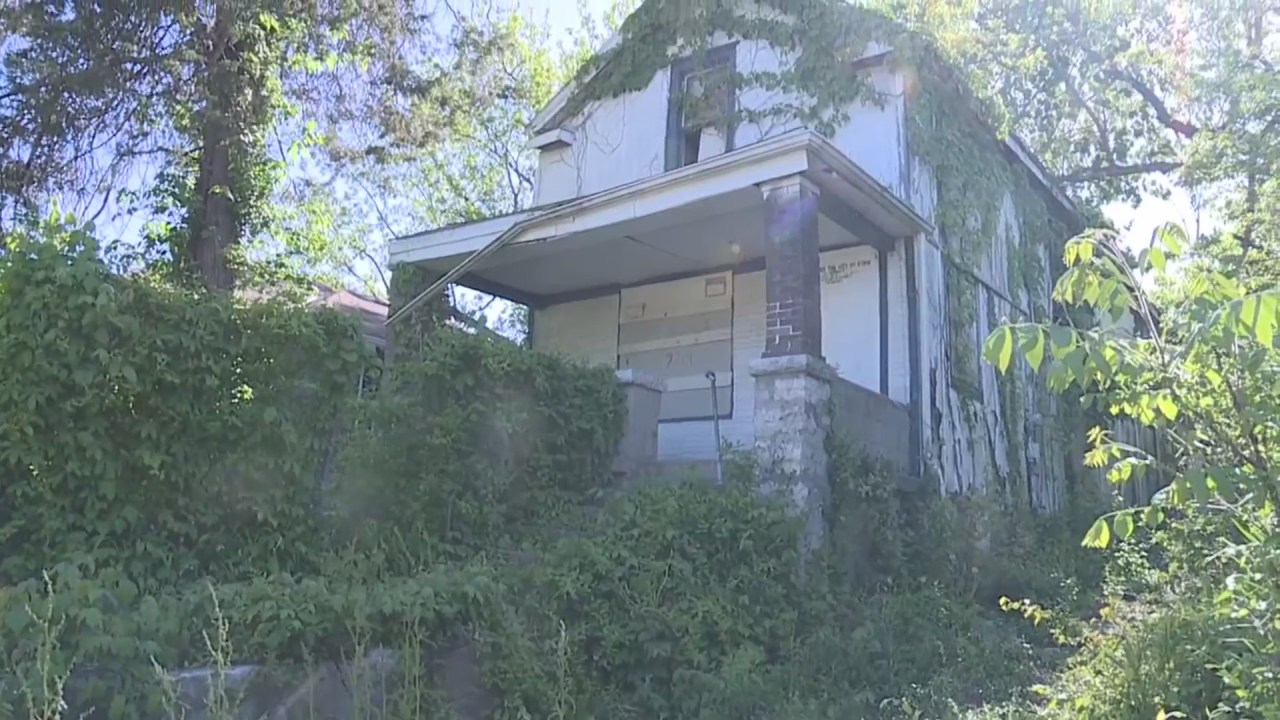 Buyers will rehab the home for Kansas City’s homeless population to live in. Dozens of people interested in the new program gathered Thursday night.

Homes where no one has paid taxes in four years are auctioned off are normally auctioned off at the Jackson County Courthouse. If no one puts in a bid, they go to into what’s called the Land Bank. And now more than 100 such homes are part of a multi-part proposed solution to Kansas City’s homeless issues.

Numbers on a an auditorium screen show how 1,733 homeless people were living in Kansas City this winter. Cassy Bo hopes people see her as more than just a number.

“I’ve been trying very hard and application fees become very expensive,” said Bo, who is currently living in a hotel.

Bo came to Thursday’s  Land Bank Neighborhood informational meeting to find out how she might one day live in one of the boarded up homes, mostly all on Kansas City’s east side in the 3rd and 5th District.

“What we’ve heard from predominantly all the neighborhoods is give us something that’s not boarded. Give us something where we have a man, a woman, children in the backyards,” John Baccala, Land Bank spokesperson, said.

The city just put out Requests for Proposals (RFP) for people to buy the homes for just $1.

“I’d love to see the houses refurbished. I’d love to see families get into them, because it creates stability and community,” Richard Zolnowski, Executive Director of Light of Kansas City, said.

Light of Kansas City is one of dozens of non-profits exploring the idea of rehabbing the homes for people who live in hotels, shelters, or the streets to call home.

“It’s a win-win. At the same time you are helping the helping the homeless people, you are also helping the neighborhoods, because these abandoned houses are sitting there. They are in disrepair, they are possibly a haven for nefarious activities so why not?” Laurie Williams said.

Interested buyers learned under program guidelines you have to get a letter of support from the neighborhood before beginning renovations, complete those renovations within a year, pay all utilities and taxes  and provide continuing  connections to resources for any low income family who lives there.  Homes can be rented but must meet guidelines to be affordable for people living at or below 30% median income.

Before anyone even considers it, the city wants buyers to know what they are getting into, likely tens of thousands of dollars in repairs.

“It’s not a cheap fix on these houses, and you’ve got to have construction expertise because it’s not for a do it yourselfer,” Baccala said.

But for Cassie Bo it is at least a glimmer of hope.

FOX4 Newsletters: Get news updates sent to your inbox

“People who have been suffering chronic homelessness this would be great to find a forever home, that’s what we need,” she said.

Some potential buyers explained they want to get a better idea of how much those repairs are going to cost before they commit. The city is working on getting them into the homes to do inspections. The city is also background checking the buyers. Therefore, the whole process will take some time.

Next year Worlds of Fun will reach fifty years of business, and to celebrate it is bringing back one of its most legendary roller coasters: the Zambezi Zinger. At the time of Worlds of Fun’s opening … END_OF_DOCUMENT_TOKEN_TO_BE_REPLACED

Standing in the same location since 1857, the City Market is nearly as old as Kansas City itself. In the 1850s, over three hundred steamboats traveled on the Missouri River—including the Arabia before … END_OF_DOCUMENT_TOKEN_TO_BE_REPLACED

At 6 p.m. this Friday at the Kauffman Center, TEDxKC will have a lineup of ten speakers whose expertise range from a sky full of stars to the key to happiness to a MacArthur Genius. The theme is … END_OF_DOCUMENT_TOKEN_TO_BE_REPLACED

Mesoamericans called it food of the gods. From central Mexico down to Honduras, where the cacao tree grows native, ancient Olmecs, Mayans and Aztecs would gather the oblong fruit and break open its … END_OF_DOCUMENT_TOKEN_TO_BE_REPLACED

The definition of “comfort food” tends to vary depending on who you ask. At two new Brookside restaurants, Brady & Fox and Earl’s Premier, the term applies both to time-honored Irish recipes and East … END_OF_DOCUMENT_TOKEN_TO_BE_REPLACED