François Chouteau is considered the father of Kansas City, founding the first permanent European settlement in the area around 200 years ago. Right about the same time, Missouri entered the Union as its 24th state.

When the French fur trader and his wife Berenice arrived where the Missouri River and Kansas River meet, they negotiated with the native Kaw and Osage people to let them build a trading post. At first the settlement was called Chez les Canses, for the Kanza people who lived in the area, but it became known as Chouteau’s Town. Eventually it grew into Kansas City, Missouri.

Playwright Philip blue owl Hooser imagines what it would be like if Chouteau and his family, in a goodwill gesture, tried to put on a play for the indigenous people living in the area.

“I decided they would try to present a comedy and, of course, one of the best people for comedy was Moliére,” says Hooser. “Comedy is universal, because we all laugh.”

The play is Tartuffenthrope!, directed by Nathan Bowman. It premieres July 24 during Kansas City’s Missouri Bicentennial Celebration at the new François Chouteau and Native American Heritage Fountain, north of the Missouri River in the Chouteau Greenway Park. The official bicentennial anniversary is August 10.

Tartuffenthrope! will be performed at the new François Chouteau and Native American Heritage Fountain, north of the Missouri River in the Chouteau Greenway Park.

Born Jean-Baptiste Poquelin in January of 1622, Moliére became the best known French playwright of his, and future, generations, so much so that the French language has been called “the language of Moliére.” Around the world, organizations are preparing to celebrate his 400th birthday.

In Kansas City, the organization KC MOliére is planning a host of events, including commissioning Hooser’s play, which will tour area schools later in the year.

“The mission is to organize, rally all of the arts in Kansas City to celebrate the 400th birthday of the world’s greatest comic playwright, Moliére, with the French baroque arts, the spirit of French comedy, and of course, Kansas City’s own French heritage,” says Felicia Londré, president of the board for KC MOliére.

“The other mission is to show the world that Kansas City is a great city for the arts, one of the greatest in the whole country,” she says. “In fact, our celebration is —as far as we can tell — the biggest celebration of Moliére’s 400th birthday in the entire United States.” 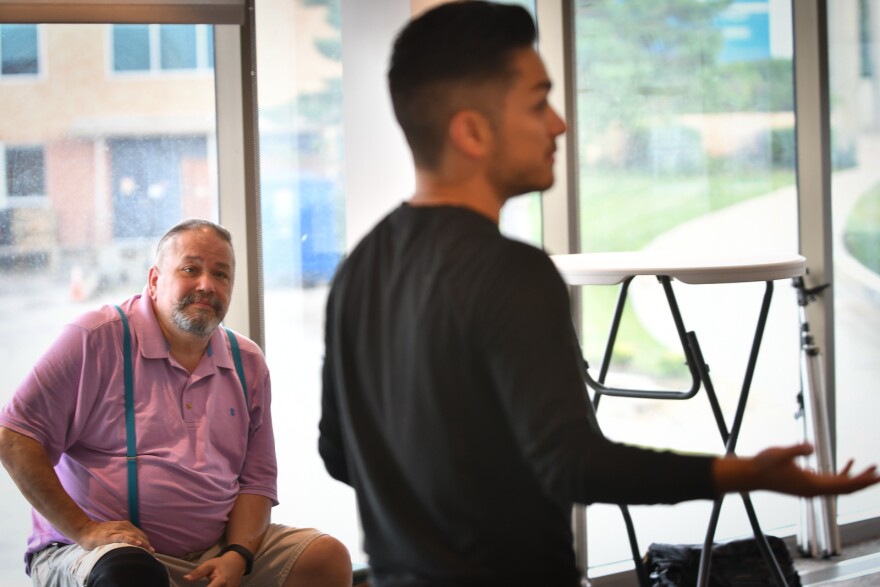 Hooser is delighted to give his play a Moliére twist.

“Moliére, of course, was great at writing farce, for their complications and problems, so there had to be problems and complications,” he says. “In this case, the Chouteaus did not discuss beforehand exactly which play they were going to do.”

Family members agree to perform “the best play” by Moliére, but they neglect to clarify what that means. So each character enters performing a different play, to general confusion of the actors and audience alike.

“They are able to mesh them all together for a little while, but then of course everything falls apart again,” Hooser says.

“Will it come back together? Will Kansas City actually be founded? Who knows?” he laughs.

The result is a madcap mash up of Moliére’s Tartuffe, The Miser, and The Misanthrope. To add to the chaos, the characters — François, Berenice, and Cyprien, François’ brother — belatedly realize that the Osage people they are performing for don’t have a history of theater, in the European sense. As they struggle through the plays, hilarity ensues. 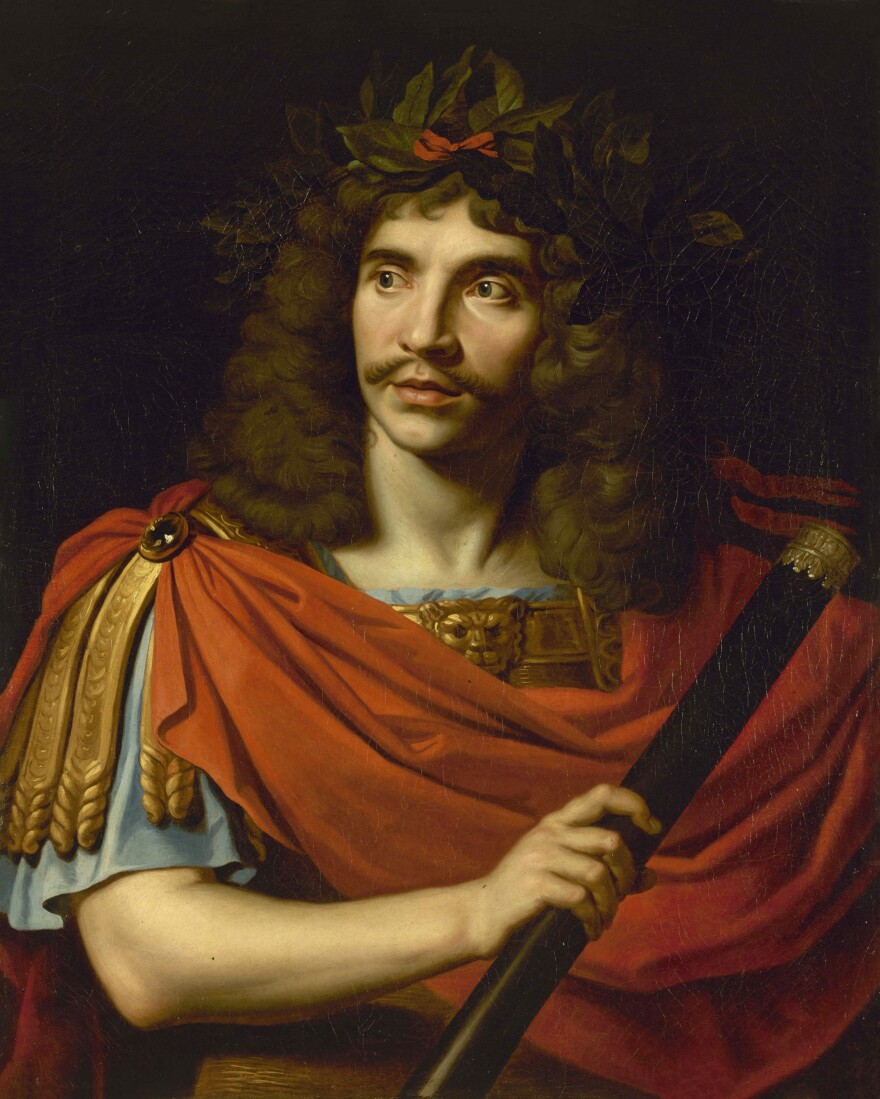 “It is confusing but that is part of the fun of getting into a Moliére-type world,” Hooser says.

In writing this play, Hooser draws on his love of Moliére, his knowledge of theater history and his own Native American heritage.

“I deliberately set out in writing the play to make it more generally Native America than specific to my own cultural background or just to the Osage,” he says. “It’s sort of my heritage and other heritages mixed together, as well as the white people, being settlers, coming in and wanting not so much to conquer, which is the image that we are used to, they wanted to create a little bit more harmony.”

Hooser hopes the play reveals something universal about people.

Jacob Collier Jacob Collier is coming to The Truman this Thursday night. This event has been rescheduled from May 2020, and resellers seemed to have marked up ticket prices quite a bit. But trust … END_OF_DOCUMENT_TOKEN_TO_BE_REPLACED

Posted on May 19, 2022 The City of Overland Park welcomes a new Human Resources Department leader, following a national search. Thomas Bledsoe comes to the City from … END_OF_DOCUMENT_TOKEN_TO_BE_REPLACED

Food from the upcoming Westport Korean restaurant Chingu/Photo by Alyssa Broadu Chingu, a new Westport spot from the team behind Sura eats, will combine Korean street food and soju … END_OF_DOCUMENT_TOKEN_TO_BE_REPLACED