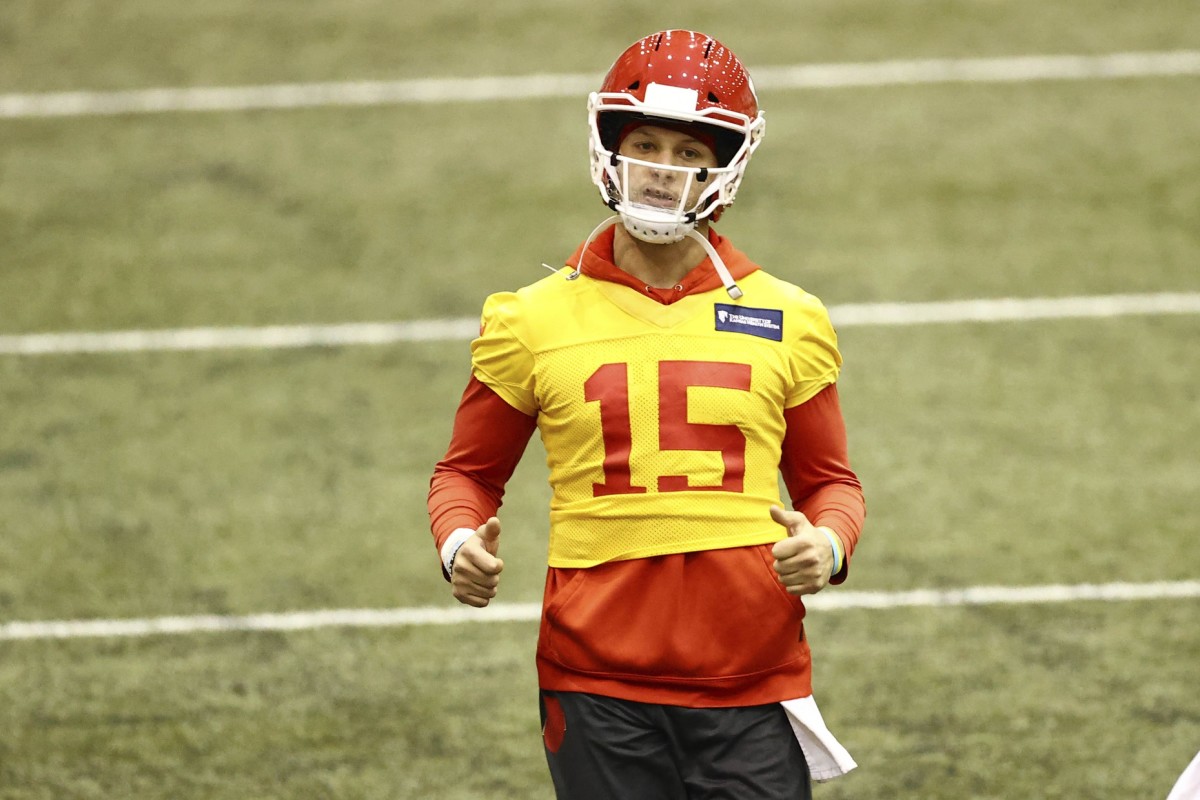 As the Kansas City Chiefs wrapped up a three-day stretch of organized team activities, they had several starters not appearing in Day 3, including Patrick Mahomes and Travis Kelce.

Reported by a number of sources including Nate Taylor of The Athletic, Mahomes, Kelce and defensive tackle Khalen Saunders didn’t participate on Thursday after being available earlier in the week. Taylor also noted that defensive end Frank Clark, running back Clyde Edwards-Helaire, guard Laurent Duvernay-Tardif and cornerback Charvarious Ward were also non-participants.

Mahomes is hosting a charity golf event in Hawaii from May 28-30, likely explaining his Thursday absence, as pointed out by Dani Welniak of KCTV5.

Head coach Andy Reid also noted that there was a cold bug going around the facilities which impacted certain players, possibly including some of Thursday’s non-participants.

I wrote about the possibility of not achieving full participation before OTAs kicked off this week:

As many teams around the league have organized various forms of boycotts for voluntary offseason activities, the Chiefs opened their offseason workout program with 81 players present, according to Herbie Teope of The Kansas City Star. I expect the Chiefs to have a mostly full house again for OTAs, but the specifics of who does and doesn’t show up will bear watching.

Ultimately, the Chiefs got a significant amount of participation, with Mahomes only missing Thursday’s action and no high-profile holdouts as any sort of contract dispute or holdout, meaning the Chiefs should be all-systems-go as the offseason programs continue.

Read More: Three Things to Watch For During Chiefs OTAs

February is short but sweet. This month, we share our picks for the city’s best bonbons and a lot of other unique sweets that are baked, dipped and drizzled to perfection. By Dawnya Bartsch, Martin … END_OF_DOCUMENT_TOKEN_TO_BE_REPLACED

Photo by Caleb Condit and Rebecca Norden It’s Valentine’s Day month, but fancy chocolate deserves to be enjoyed year-round. We visited chocolatiers around the … END_OF_DOCUMENT_TOKEN_TO_BE_REPLACED

Posted on December 1, 2022 Overland Park now has more access to information about its Police Department than ever, thanks to a library of online transparency-focused … END_OF_DOCUMENT_TOKEN_TO_BE_REPLACED

The annual Beard Awards semifinalists nominations were just released and Kansas City’s food and drink scene has something to celebrate. The KC area has seven semifinalists by our count, including two … END_OF_DOCUMENT_TOKEN_TO_BE_REPLACED