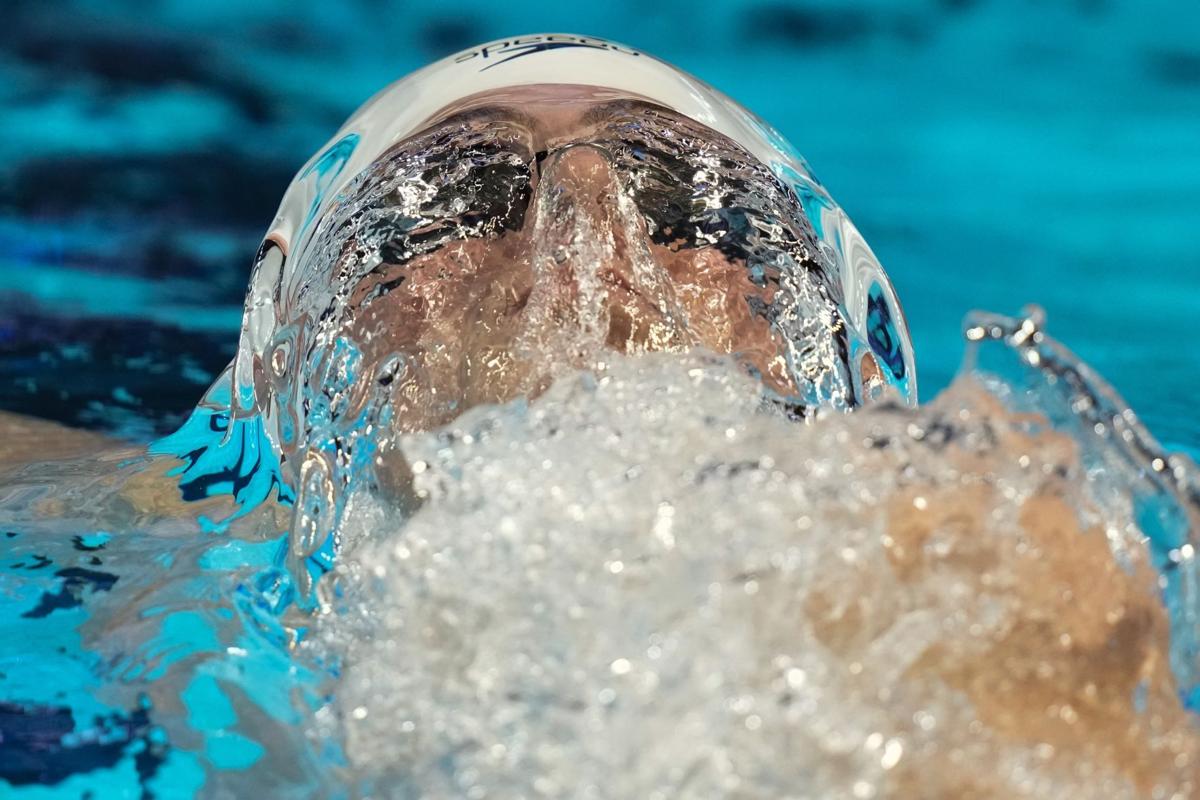 Jack Aikins competes in the men’s 200-meter backstroke during the U.S. Olympic Swimming Trials on Thursday. 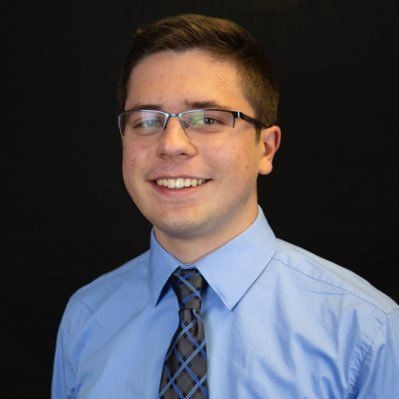 OMAHA — Caeleb Dressel’s face is on the side of the building, and for good reason.

With the likes of Ryan Lochte and Michael Phelps no longer being the clear-cut top male swimmer on the U.S. team, Dressel seems ready to take over that role. Dressel won a pair of gold medals at the 2016 Olympics in Rio de Janeiro, and he’ll now have a chance to equal that total in Tokyo.

Dressel won the men’s 100-meter freestyle in the U.S. Olympic Swimming Trials on Thursday at CHI Health Center Omaha in a time of 47.39 seconds, qualifying him for the individual event and also the 400 freestyle relay for the Tokyo Games.

After the win, Dressel showed his passion and joy to the crowd, a pair of feelings that were a long time coming.

“There was a lot of emotion wrapped up in that; this meet was postponed a year,” Dressel said. “All the struggles through quarantine got packed in that one race, and it wasn’t just the 100 free for me. I was excited and I wanted to share that with the crowd.”

Joining Dressel on the 400 freestyle relay team will be Zach Apple, Blake Pieroni and Brooks Curry. Dressel and Apple were part of the United States’ gold-medal relay team at the 2019 World Championships, and they’ll anchor the Olympic team this time around.

“Right now we have the four fastest guys at this meet, so we’re going into Tokyo with some confidence,” Dressel said.

Due to the scheduling of events, the 100 freestyle was Dressel’s first final of the trials, but it won’t be his last. He’ll return to the pool Friday to compete in the men’s 100 butterfly finals, an event that he currently holds the world record in.

“I thought that was one of the most technically correct 100 frees I’ve swum,” Dressel said. “I wish the 100 free was earlier so I could get that weight off my shoulders, but I’m fine with where I am now and I’m looking forward to the 100 fly tomorrow.”

* He may be 36 now, but Lochte is still holding his own against a new generation of American swimmers. The 12-time Olympic medalist will compete in the 200 individual medley final on Friday after finishing sixth overall in the semifinal heats.

* A first-time Olympic event is fittingly getting a pair of first-time Olympians: 21-year-olds Bobby Finke and Michael Brinegar will represent the United States in the first-ever men’s 800 freestyle contested at the Olympic level.

* Even for the most seasoned swimmers, getting out of the semifinal heats is no guarantee. Simone Manuel won gold in the women’s 100 freestyle at the 2016 Olympics, but she’ll be unable to defend her title this time around. Manuel finished ninth in the semifinals with a time of :54.17, just 0.02 seconds behind the eighth-place finisher.

* He may not be a big-name swimmer yet, but the home crowd found a fan favorite in Nic Fink. After winning the men’s 200 breaststroke in 2:07.55, he drew laughs by claiming “the 200 breast was the main event for this week,” and he also spent several minutes signing autographs for young fans.

Oktoberfest You won’t go thirsty at Kansas City Bier Company’s annual Oktoberfest, which returns to Crown Center on October 7 and 8. Among the offerings are traditional lagers in the style of Munich … END_OF_DOCUMENT_TOKEN_TO_BE_REPLACED

When you think about wine, do you picture Missouri? If not, a new documentary by TasteMAKERS hopes to change your mind. “I fell in love with Missouri wine early on,” says Cat Neville, the … END_OF_DOCUMENT_TOKEN_TO_BE_REPLACED

Photo by staff. Ashton Bethel started making home decor during the pandemic as a hobby. Now, she has her own business: High Noon Pottery (@highnoonpottery). Typically, Bethel … END_OF_DOCUMENT_TOKEN_TO_BE_REPLACED

You can never tell the secrets a tortilla holds. I am not referring to what this deceptively plain wrapper carries between its folds: the al pastor licked with heat and pineapple or some impossibly … END_OF_DOCUMENT_TOKEN_TO_BE_REPLACED

Here are nine great things to do in Kansas City the weekend of September 29 to October 2, including the biggest barbecue in the world, a mashup of Oktoberfest and Dia de los Muertos and the Violent … END_OF_DOCUMENT_TOKEN_TO_BE_REPLACED