I think we have a fairly decent weekend ahead for southeast Nebraska.

We will be carrying a chance for isolated shower and thunderstorm Saturday.  The best chance – and even then it is relatively low – will be along and west of Highway 281.  Otherwise, skies will be partly cloudy throughout the day.  Temperatures should be very comfortable – and below normal for this time of the year.  Highs will be in the middle 80°s. 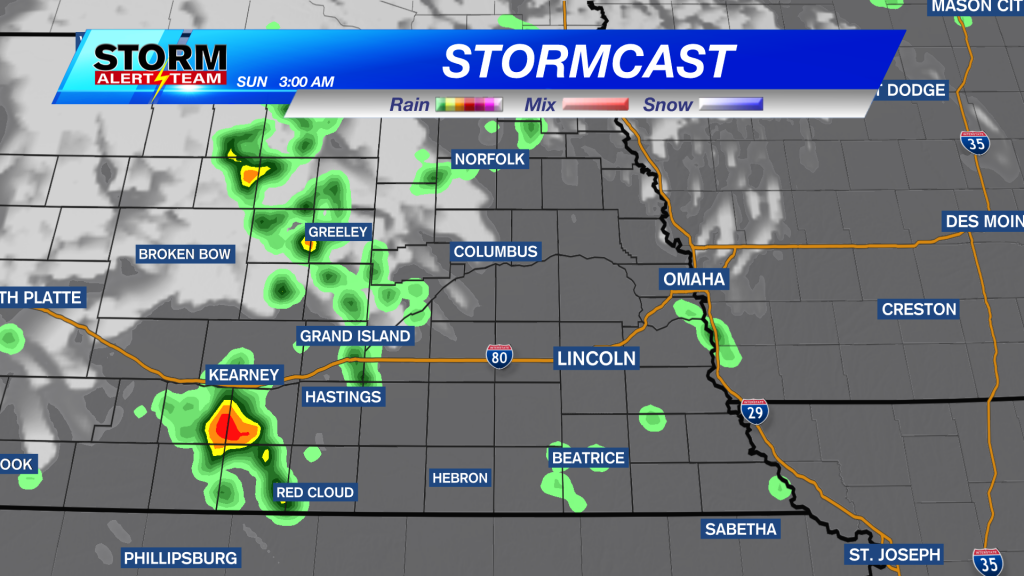 There is a chance for a few more showers and thunderstorms, again west of Lincoln, early Sunday morning.  We’re talking during the pre-dawn hours.  A few may linger around Sunday morning for areas like Aurora, Hastings, or Hebron.

Going further in to the day should bring partly cloudy skies.  While I think most of southeast Nebraska will remain dry during the afternoon, there are enough computer models hinting at the possibility of scattered showers and thunderstorms for me to include a chance in the forecast.  Don’t cancel any outdoor plans.  Most areas should stay dry Sunday.  Be sure to check back through the weekend for an updated forecast from Meteorologist Malcolm Byron.

Otherwise, temperatures should top out in the lower to middle 80°s Sunday.

Next year Worlds of Fun will reach fifty years of business, and to celebrate it is bringing back one of its most legendary roller coasters: the Zambezi Zinger. At the time of Worlds of Fun’s opening … END_OF_DOCUMENT_TOKEN_TO_BE_REPLACED

Standing in the same location since 1857, the City Market is nearly as old as Kansas City itself. In the 1850s, over three hundred steamboats traveled on the Missouri River—including the Arabia before … END_OF_DOCUMENT_TOKEN_TO_BE_REPLACED

At 6 p.m. this Friday at the Kauffman Center, TEDxKC will have a lineup of ten speakers whose expertise range from a sky full of stars to the key to happiness to a MacArthur Genius. The theme is … END_OF_DOCUMENT_TOKEN_TO_BE_REPLACED

Mesoamericans called it food of the gods. From central Mexico down to Honduras, where the cacao tree grows native, ancient Olmecs, Mayans and Aztecs would gather the oblong fruit and break open its … END_OF_DOCUMENT_TOKEN_TO_BE_REPLACED

The definition of “comfort food” tends to vary depending on who you ask. At two new Brookside restaurants, Brady & Fox and Earl’s Premier, the term applies both to time-honored Irish recipes and East … END_OF_DOCUMENT_TOKEN_TO_BE_REPLACED