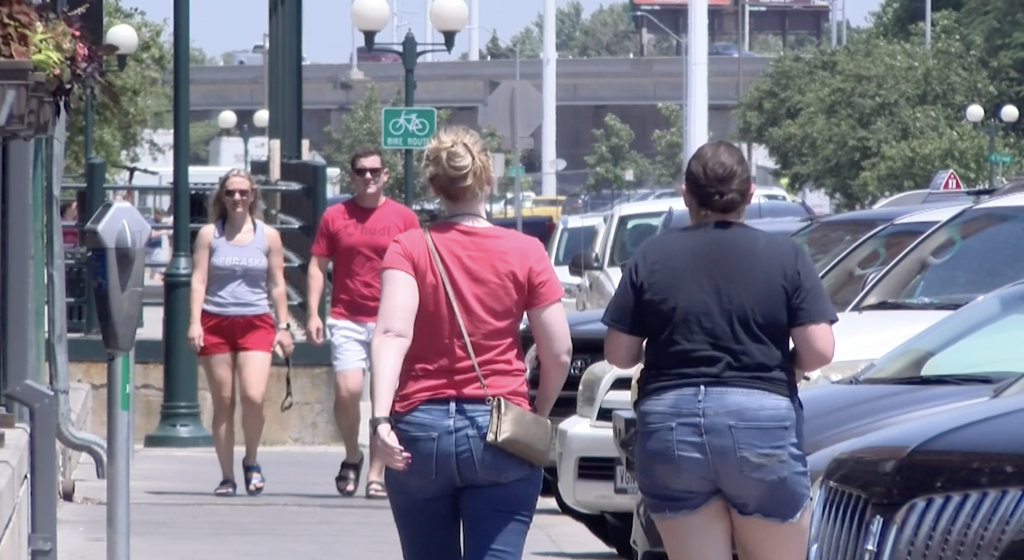 The state of Nebraska collected almost $300 million more in May tax revenue than what was projected – a sign that the economy is returning to normal.

The state of Nebraska collected almost $300 million more in May tax revenue than what was projected – a sign that the economy is returning to normal.

According to data released by the Department of Revenue, net receipts for May were $720 million, which is 70.2% above the certified forecast of $423 million.

Retailers have noticed the shift.

“Last month was the biggest month we’ve had in over a year,” Joey Rupp, the general manager of Best of Big Red, said.

Rupp says she noticed the changer from the very beginning of May.

“It would probably have been the day of the spring game for us,” she said. “We expected a lot of people but we had a lot more people and a lot more sales than I had anticipated that day.”

Not only are retailers are seeing huge increases in sales, Lincoln residents like Austin Peters are getting back out on the town.

“You’re hitting the bars for that little after work get-together,” Peters said. “Things like that. [Loosed COVID restrictions] just make it easier now that we can walk in and do our thing.”

Economist Dr. Ernie Goss says people have been holding onto their stimulus money. With Nebraska continuing to open up, now those folks have an opportunity to spend it.

“We’re talking about consumers now, for the first time in sometime over a year now that they feel unleashed to move out there and spend,” Goss said.

Goss says he’s been surprised by the sudden boom, and says it could be bigger.

“What now is keeping the economy from expanding more briskly, is simply the labor shortages,” he said. “We’re still well below pre-pandemic levels in terms of jobs, but in terms of overall economic activity, we’re almost back there. It has been surprising.”

February is short but sweet. This month, we share our picks for the city’s best bonbons and a lot of other unique sweets that are baked, dipped and drizzled to perfection. By Dawnya Bartsch, Martin … END_OF_DOCUMENT_TOKEN_TO_BE_REPLACED

Photo by Caleb Condit and Rebecca Norden It’s Valentine’s Day month, but fancy chocolate deserves to be enjoyed year-round. We visited chocolatiers around the … END_OF_DOCUMENT_TOKEN_TO_BE_REPLACED

Posted on December 1, 2022 Overland Park now has more access to information about its Police Department than ever, thanks to a library of online transparency-focused … END_OF_DOCUMENT_TOKEN_TO_BE_REPLACED

The annual Beard Awards semifinalists nominations were just released and Kansas City’s food and drink scene has something to celebrate. The KC area has seven semifinalists by our count, including two … END_OF_DOCUMENT_TOKEN_TO_BE_REPLACED