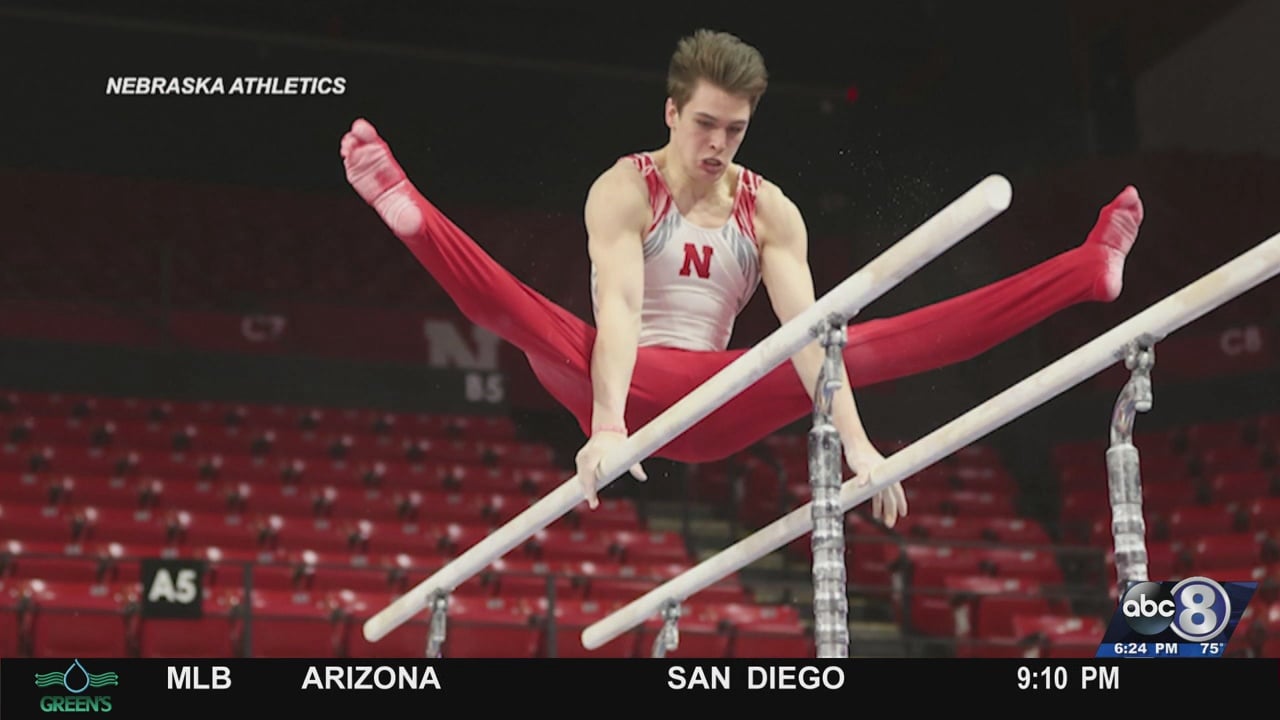 This is the first time Nebraska has hosted the event since 2014 and the first-time ever at PBA. All seven teams competing in the Big Ten Championships are currently ranked in the top 10 in the NCAA.

Scouting the Competition
Michigan is coming to the Big Ten Championships as the No. 1-ranked team in the conference and are the 2021 regular season champions. Leading the Wolverines is sophomore Paul Juda who was named the 2021 Big Ten Gymnast of the Year and currently leads the NCAA in the all-around with an average score of 83.64. Senior Cameron Bock is also a gymnast to watch as he is the second-ranked gymnast in the all-around with an average score of 82.34. Both are members of the USA Senior National Team.
Along with Bock and Juda, senior Shane Wiskus of Minnesota is also a member of the USA Senior National Team and will be competing at the Big Ten Championships.
No. 5 Ohio State follows Michigan and is a competitor for the team title. The Buckeyes are led by junior all-around gymnast Jesse Tyndall, brother of Husker gymnast Mitch Tyndall.
No. 6 Penn State, No. 7 Illinois, No. 8 Iowa and No. 9 Minnesota will also be tough competitors for the team title.

February is short but sweet. This month, we share our picks for the city’s best bonbons and a lot of other unique sweets that are baked, dipped and drizzled to perfection. By Dawnya Bartsch, Martin … END_OF_DOCUMENT_TOKEN_TO_BE_REPLACED

Photo by Caleb Condit and Rebecca Norden It’s Valentine’s Day month, but fancy chocolate deserves to be enjoyed year-round. We visited chocolatiers around the … END_OF_DOCUMENT_TOKEN_TO_BE_REPLACED

Posted on December 1, 2022 Overland Park now has more access to information about its Police Department than ever, thanks to a library of online transparency-focused … END_OF_DOCUMENT_TOKEN_TO_BE_REPLACED

The annual Beard Awards semifinalists nominations were just released and Kansas City’s food and drink scene has something to celebrate. The KC area has seven semifinalists by our count, including two … END_OF_DOCUMENT_TOKEN_TO_BE_REPLACED