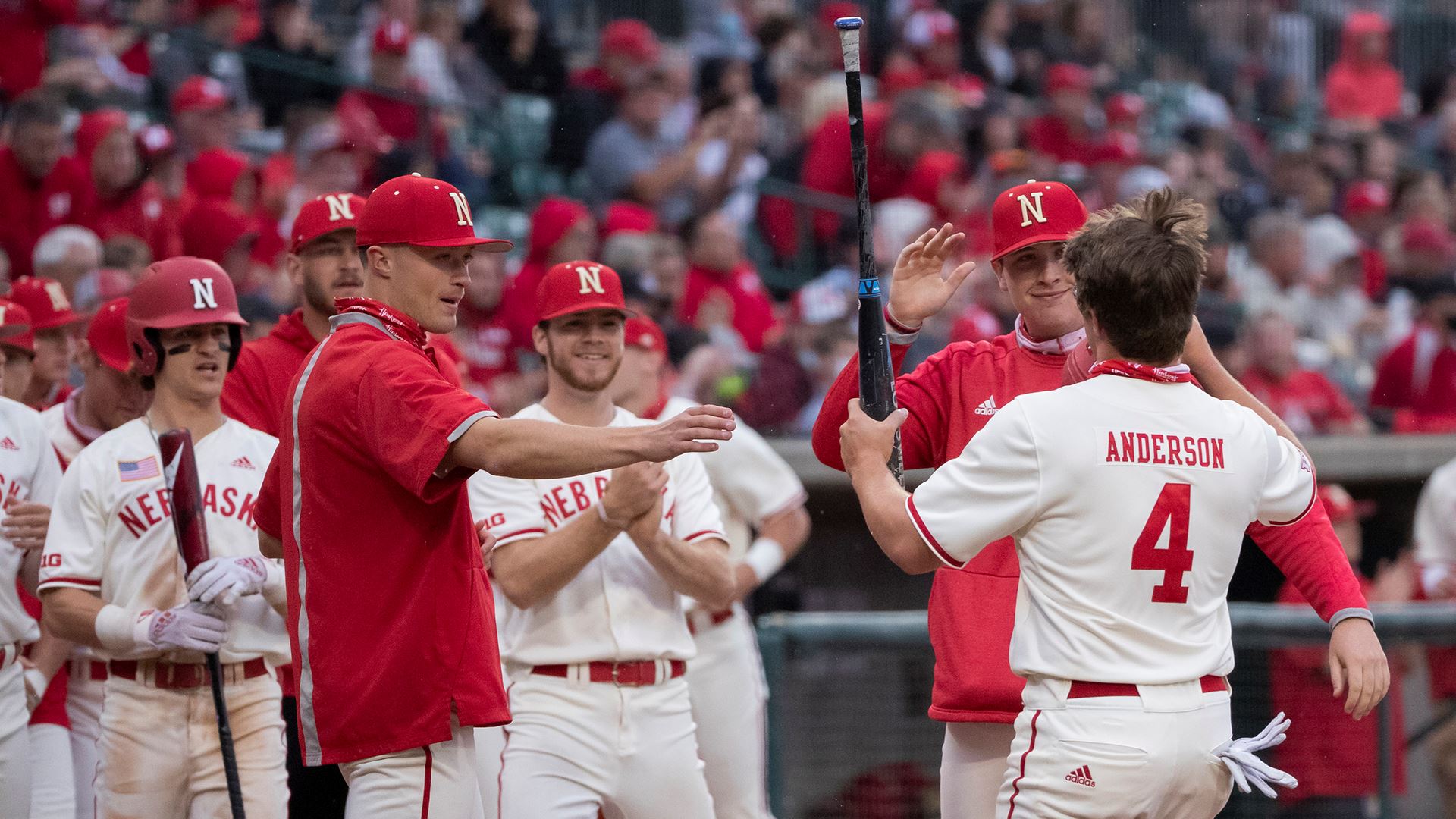 BLOOMINGTON, Ind. (KLKN/Nebraska Athletics) – Nebraska baseball clinched the Big Ten conference title on Sunday after shutting out Ohio State 9-0. Their win coupled with Michigan’s 7-3 loss to Maryland allowed the Huskers to clinch the title with one more weekend series to play this season.

The Nebraska baseball team captured the 2021 Big Ten regular-season title on Sunday afternoon with a 9-0 win over the Ohio State Buckeyes at Bart Kaufman Field. It’s the second regular-season Big Ten title for the baseball team, after it won its first title in 2017. The program has now won 12th conference titles, including eight regular-season championships.

After winning four conference titles as a player at Nebraska, Head Coach Will Bolt secured his first conference title as a head coach in Lincoln in just his second season at the helm of the Husker baseball program.

The Huskers, who were not picked in the top six of the preseason coaches’ poll, extended their winning streak to eight games and capped a 4-0 weekend in Bloomington on Sunday, including two wins over both Ohio State and Indiana. Nebraska last won eight straight games in 2016.

Nebraska got a group effort from its pitching staff, including the first two innings from Kyle Perry – who earned the win on Sunday. Making just his second appearance of the season, Perry allowed one hit and struck out three over 2.0 shutout innings. Max Schreiber then took the bump for the next four frames and struck out five.

Tyler Martin took the mound in the top of the seventh for a lefty-lefty match up and notched a strike out. The Huskers then went to Cam Wynne and the Lincoln native struck out three over 1.2 innings of no-hit relief. Caleb Feekin finished the shutout in the ninth with a pair of strikeouts.

The five pitchers allowed five hits and issued one walk, while striking out 14.

After needing a late rally to steal a victory from the Buckeyes on Saturday, Nebraska’s offense pounced on OSU starter Will Pfennig in the top of the first with five runs on six hits. NU sent 10 batters to the plate and got RBI singles from Roskam, Brice Matthews, Everitt and Hagge.

Nebraska pushed its lead to 6-0 in the bottom of third on a sacrifice fly from Gunner Hellstrom. It then tacked on two more in the fourth with a solo home run from Hallmark and a RBI single from Anderson after Roskam doubled.

Schreiber worked around a one-out single in the top of the sixth and the Huskers added another run in the bottom of the frame, taking advantage of Ohio State’s third error. Joe Acker led off and not only reached on a throwing error, but also took second base. Acker then moved to third on a fly out and scored on a single from Spencer Schwellenbach.

Working with a 9-0 lead, Wynne retired the Buckeyes in order in the seventh and eighth innings. Feekin polished off the championship day with a scoreless ninth, including a strikeout to end the game.

The Huskers wrap up the regular season next weekend at Hawks Field with a three-game series against the Michigan Wolverines. The series runs Friday-Saturday-Sunday and each game will be at Noon (CT). The Big Ten Network will provide coverage of all three games.

Photography by Zach Bauman While the venues and music may look and sound quite a bit different than they did in the heyday of Kansas City jazz, live jazz has been ubiquitous in KC … END_OF_DOCUMENT_TOKEN_TO_BE_REPLACED

Shanita McAfee-Bryant knows the recipe for success. From creating new recipes within her family’s kitchen to winning Cutthroat Kitchen, a popular Food Network game show, McAfee-Bryant looks to use her … END_OF_DOCUMENT_TOKEN_TO_BE_REPLACED

For forty years, the low-slung but striking Vine Street stone buildings on the periphery of Kansas City’s historic Jazz District have sat vacant, boarded up, surrounded by a chain-link fence and … END_OF_DOCUMENT_TOKEN_TO_BE_REPLACED

Illustration by Makalah Hardy. As the name implies, hot pots are hot. How hot? My server can’t tell the exact temperature of the rich broth tossing dried chiles around at a rolling boil on the … END_OF_DOCUMENT_TOKEN_TO_BE_REPLACED

André’s has been making quiche since 1955, and not originally by choice. “The concept that my grandparents came over here from Switzerland with was exclusively pastries and chocolates—1955 Kansas City … END_OF_DOCUMENT_TOKEN_TO_BE_REPLACED