More rain is on the way, but not for Wednesday.  Wednesday will be mostly sunny with temperatures topping out in the middle 80°s – exactly where they should for this time of the year. 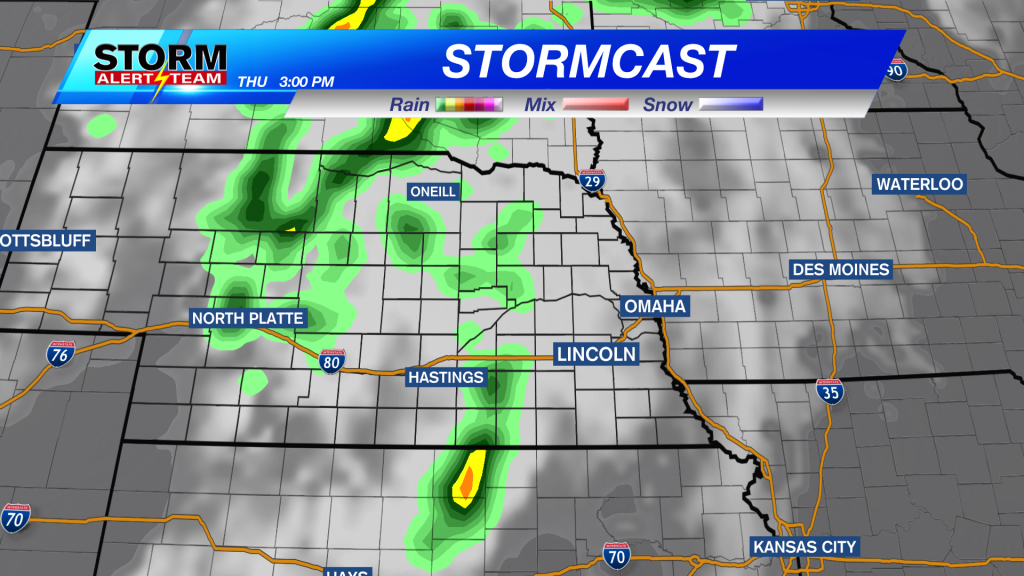 The next rain chance comes in starting Thursday afternoon in central Nebraska.  A line of rain/thunderstorms will move east Thursday evening.  While the amount of rain does not appear to be significant at this time, we will have to watch for a few stronger thunderstorms, especially during the evening.

Posted on December 6, 2021 Deck the halls? More like deck the whole city. One of the most fun pastimes during the holiday season is driving around to see the festive lights on … END_OF_DOCUMENT_TOKEN_TO_BE_REPLACED

If her life hadn’t been in danger in Afghanistan, Sina Baha wouldn’t be in Kansas City. “Under normal circumstances, no one wants to leave their homes, their jobs, their family and move to an unknown … END_OF_DOCUMENT_TOKEN_TO_BE_REPLACED

The pandemic threw a wrench in many people’s holiday shopping. What used to be trips to stores and markets with the family to find the perfect gift turned into Amazon wish lists and online gift cards. … END_OF_DOCUMENT_TOKEN_TO_BE_REPLACED

Rhonda LeValdo travels from Lawrence to Kansas City for every Chiefs home game, but she’s never actually been inside Arrowhead Stadium. Instead, she stands by a bus stop at the corner of Red Coat Lane … END_OF_DOCUMENT_TOKEN_TO_BE_REPLACED

For eighty years, a story has remained buried under the tales of the great men of Kansas City jazz, from Count Basie to Charlie Parker. Living and playing alongside them was another legend, pianist … END_OF_DOCUMENT_TOKEN_TO_BE_REPLACED