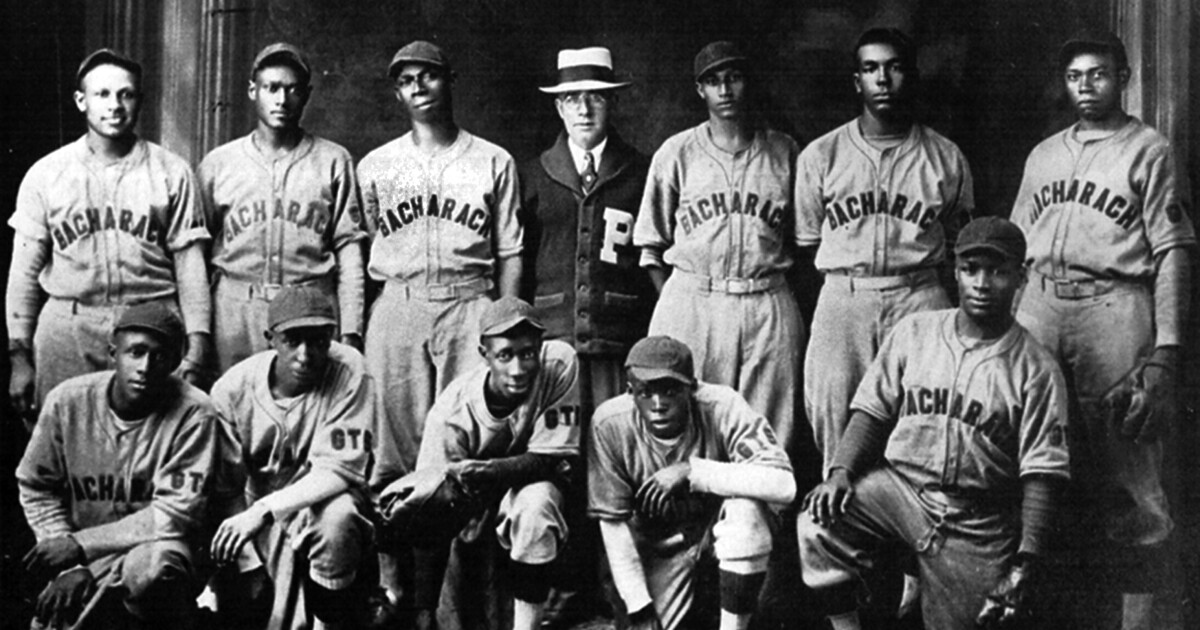 To celebrate a game-changing century, the Negro Leagues Baseball Museum was planning to have a “game-changing” year in 2020.

That’s how Bob Kendrick, president of the Kansas City-based museum, described it — a year-long long celebration of the Negro Leagues’ 100th anniversary that was to feature events in ballparks across the country, in front of fans across the sport, but would always be centered in Kansas City, where the first official Negro League was founded a century before.

“We were off and running, we were off to a flying start,” Kendrick said, speaking from his office during the summer. “Then, just like that, everything comes to a screeching halt.”

The COVID-19 pandemic, of course, was to blame, disrupting not only the 2020 Major League Baseball season but all the centennial celebration events the Negro Leagues Museum was planning to stage around it.

“A year of planning and anticipating had to be extinguished almost in the blink of an eye,” Kendrick said. “It was going to be a game-changer for the museum, in terms of the platform, the national and international platform that the celebration was going to create.”

Maybe, one year and millions of COVID-19 vaccinations later, that celebration can still take place.

With MLB now looking for a new site to host the Midsummer Classic, which the league removed on Friday from Atlanta after Georgia passed a controversial new voting law that civil rights groups fear will restrict voting access to people of color, few markets present an opportunity as special as Kansas City.

All-Star Game idea: Put it in Kansas City, and allow the @NLBMuseumKC to host some of the 100th anniversary events that were forced to be canceled by the pandemic last year

Just imagine, an entire week at Kauffman Stadium during which the history of the Negro Leagues is featured front-and-center.

Picture the patrons, arriving nationwide, flooding a Negro Leagues Museum that, in its early days, only survived with the financial support of former Negro League players themselves cutting checks to cover the rent.

Think of the impact, both on the long-term growth of the museum, and of the message MLB could send — the way it could take an ugly story and make it a powerful one.

“We didn’t want this celebration to be watered down,” Kendrick said in June 2020, when COVID-19 regulations forced the museum to shut its doors.

“I didn’t want to do celebrations in ballparks where there were no people in the stadium. That seemed to be doing a disservice to the magnitude of what this story is all about — both on and off the field.”

Wouldn’t it be cool if MLB now decided to give the museum — and the Negro Leagues’ important and influential history on the sport and the country — one of its biggest platforms of all? If it provided a forum for all those canceled celebrations to be rescheduled under a national spotlight?

“Count me and[Kendrick] in to help in any way!” Kiona Sinks, community engagement and digital strategy manager of the Negro Leagues Museum, tweeted on Friday in response to the idea. “We have hosted the All-Star Game in 2012 before so it would be awesome to have [it] back in KC!”

There is a major caveat: Missouri’s state legislature is considering its own controversial voting law that, according to the St. Louis Post-Dispatch, would require photo IDs and create other restrictions critics fear disproportionately affect people of color and other marginalized communities. If that passes, then MLB would likely have to look toward one of the increasingly few states that hasn’t tried pushing through voting restrictions this year.

Yet, Kansas City provides an undeniable opportunity, too, a chance to create in 2021 what couldn’t be done in 2020. Think about it, Rob Manfred. There’s a century-long legacy to consider.

Oktoberfest You won’t go thirsty at Kansas City Bier Company’s annual Oktoberfest, which returns to Crown Center on October 7 and 8. Among the offerings are traditional lagers in the style of Munich … END_OF_DOCUMENT_TOKEN_TO_BE_REPLACED

When you think about wine, do you picture Missouri? If not, a new documentary by TasteMAKERS hopes to change your mind. “I fell in love with Missouri wine early on,” says Cat Neville, the … END_OF_DOCUMENT_TOKEN_TO_BE_REPLACED

Photo by staff. Ashton Bethel started making home decor during the pandemic as a hobby. Now, she has her own business: High Noon Pottery (@highnoonpottery). Typically, Bethel … END_OF_DOCUMENT_TOKEN_TO_BE_REPLACED

You can never tell the secrets a tortilla holds. I am not referring to what this deceptively plain wrapper carries between its folds: the al pastor licked with heat and pineapple or some impossibly … END_OF_DOCUMENT_TOKEN_TO_BE_REPLACED

Here are nine great things to do in Kansas City the weekend of September 29 to October 2, including the biggest barbecue in the world, a mashup of Oktoberfest and Dia de los Muertos and the Violent … END_OF_DOCUMENT_TOKEN_TO_BE_REPLACED