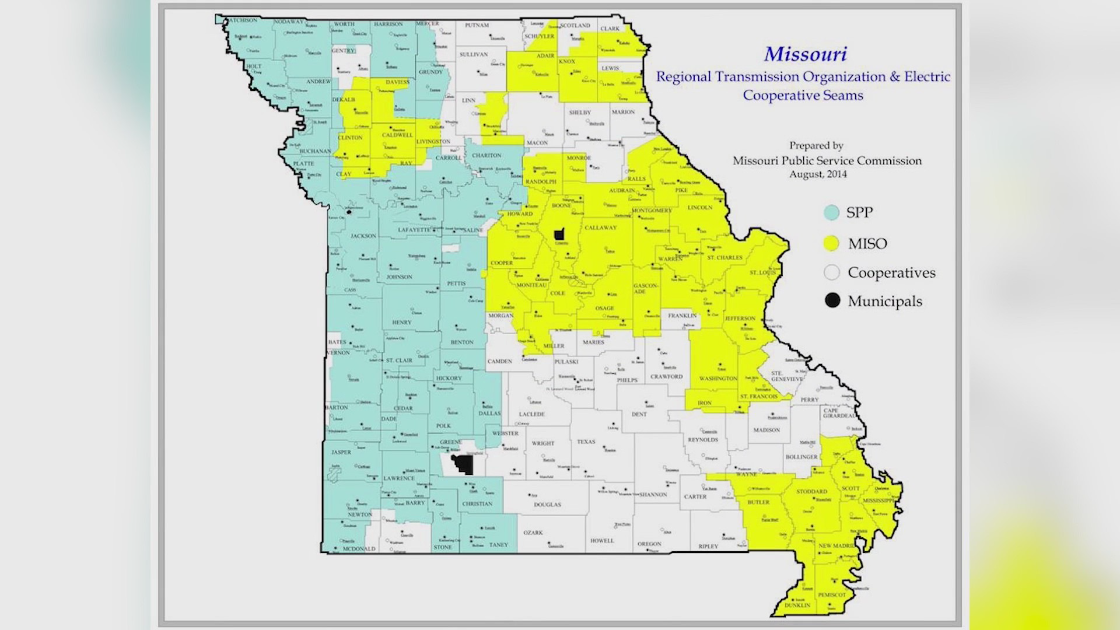 JEFFERSON CITY, Mo. – Power companies across the state have been asking Missourians to conserve energy this week after arctic cold and snow has blasted the Midwest.

Depending on where you live, you might have lost power at some point this week for 30 to 60 minutes. The reason for the blackout is to help control the usage on the power grid since more homes are using extra energy for heat, but it comes with a cost. With more people using power, it could end up costing Missourian’s money down the line.

“At some point, people will be paying for these prices,” Ryan Silvey, chairman of Missouri’s Public Service Commission, said. “We’ve had this crazy weather event where extremely cold temperatures have moved all the way south to Texas. It’s creating a need for people to use far more electricity this time of year than what normally would.”

The bitter cold outside is making heaters work harder inside. Silvey said this strain on power grids is unusual, which is why people have been asked to conserve energy.

“This is something we haven’t seen for years and we hope to not see again ever, really, but certainly not anything we should not have to plan for, for years to come,” Silvey said.

But how come these rolling blackouts aren’t happening across Missouri? Silvey said it’s because of the regional difference.

“If a power plant goes offline in Kansas City or if we have a huge cold snap in Kansas City, usually it’s not across the entire country,” Silvey said. “That’s what different about the one we are experiencing right now.”

The west part of the state falls under SPP, which is why there have been rolling blackouts in the Kansas City area. SPP is used in 13 other states other than Missouri, and Silvey said the cold weather impacting all those states caused the strain for the grid.

“They make a determination and say we have too much usage on the grid and we don’t have enough generation and then they dispatch to all the companies that are in those 14 states and they say we need you to shed X number of megawatts off your load,” Silvey said.

So, what can be done to prevent this from happening again? Silvey said it falls back on infrastructure.

“The underlying issue is infrastructure and transmission, the more robust that the system is, the easier it is to move energy around in a multi-state region to prevent events such as this,” Silvey said. “In normal circumstance, if generation in a specific area goes down, you have transmission from the rest of that regional grid that they can be redirect to those areas.”

Once this spike is over, Silvey said the commission and the power companies will sort out the cost of fuel used during this cold burst and that’s what Missourians could be paying for.

“If they are paying a lot more for fuel right now, we will see that in the next fuel adjustment clause case that they bring before the commission,” Silvey said. “It’s our goal to make sure that the impact is low. It’s likely you will see some increase and we will try to keep it low.”

Silvey said it could be months before you seen an increase on your bill and currently, he has no idea what it will cost, but the hike could be spaced out over months and years. With warmer weather on the way, he said he expect the grids to be back to normal soon.

Compared to what is happening in Texas, Silvey said Missouri is lucky.

“Missouri is actually benefiting from being a part of these regional grids, because when you look at Texas, and Texas is being fully walled off in their own little world essentially, when they had a failure, other people weren’t able to direct resources to help them,” Silvey said.

He said that’s why people in Texas are stuck without power for days compared to Missouri and the other states in SPP’s region, it’s less than an hour.

“Conservation could mean the difference between a 30-minute blackout and an hour and a half blackout,” Silvey said. “It’s just based on how many megawatts have to be shed. Those small changes, when you spread them out over millions of people result in a lot of savings to the usage on the grid and could ultimately keep us from having more blackouts.”

{{featured_button_text}} This branch location at 1600 N. Cotner Blvd. is one of two that Cornhusker Bank is planning to close. Lancaster County Assessor's Office Matt Olberding … END_OF_DOCUMENT_TOKEN_TO_BE_REPLACED

The Iowa Capitol dome. (Photo by Iowa Capital Dispatch) Even as lawmakers were rushing bills through committee ahead of this week’s legislative deadline, legislative leaders were offering partisan … END_OF_DOCUMENT_TOKEN_TO_BE_REPLACED