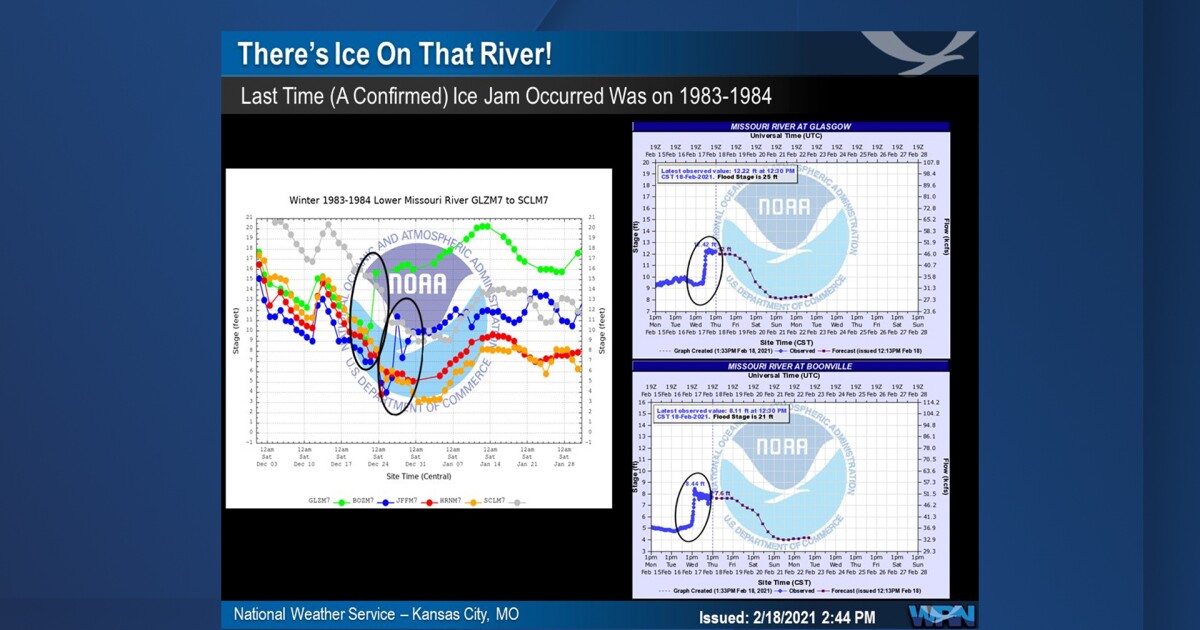 KANSAS CITY, Mo. — It’s been so cold for such an extended period of time that ice is becoming a problem along the Missouri River.

The Kansas City office of the National Weather Service said Thursday that an ice jam has formed on the river north and west of Jefferson City, Missouri.

We currently have a ice jam on the Mo River N of Jeff City. A ice jam is pieces of floating ice carried with a stream’s current that accumulates at any obstruction to the stream flow. We can tell by the river rise (right images). Last time this happened was 83-84 (left image). pic.twitter.com/IzaCCwYRWj

Forecasters say it’s likely the last time this happened was more than 35 years ago in the early 1980s.

Because the river was flowing below normal, forecasters say the risk of any flooding is low.

{{featured_button_text}} Russian pianist Behzod Abduraimov will return to the Lied Center, where he thrilled the audience with his performance with the Mariinsky Orchestra in 2018. … END_OF_DOCUMENT_TOKEN_TO_BE_REPLACED