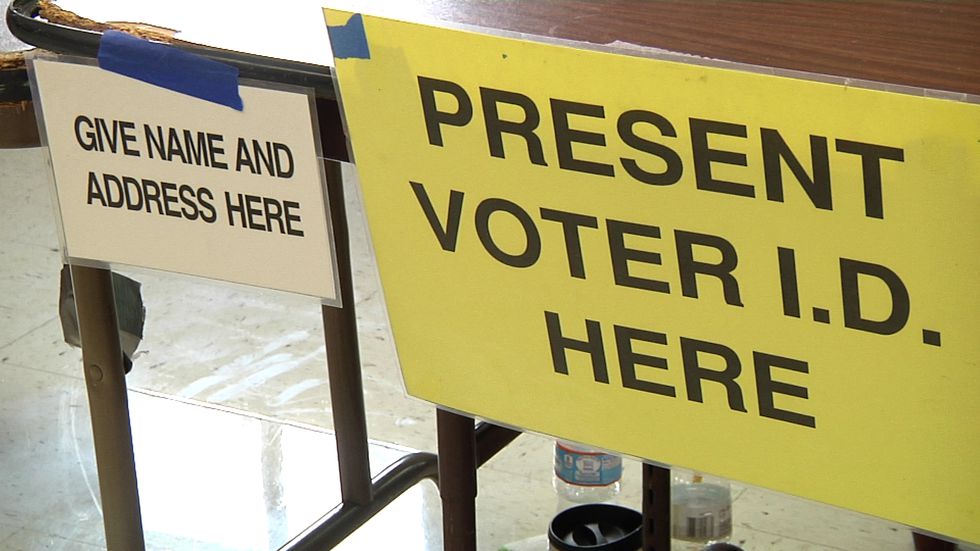 JEFFERSON CITY, Mo. (AP) — The Republican-led Missouri House on Monday advanced another version of a voter photo identification law that was gutted by the state Supreme Court last year.

The court in 2020 permanently blocked a central provision of the 2016 law that required voters who lacked a photo ID to make a sworn statement in order to cast a regular, non-provisional ballot.

In response, Republicans are trying to pass a new voter ID bill that is similar to the 2016 law but doesn’t include the sworn statement provision that the judges found objectionable.

The new measure would give voters only two options, instead of three: either show a photo ID to cast a regular ballot or else cast a provisional ballot. The provisional ballot would be counted if the voter returns later that day with a photo ID or if election officials can verify their signature based on voter records.

“Preventing fraud so legal votes of our constituents are not disenfranchised by allowing in-person fraudulent votes to be cast illegally is the main focus of this bill,” said Republican bill sponsor Rep. John Simmons, of Washington.

Missouri is one of several states where Republican-led legislatures have passed voter photo ID laws touted as a means of preventing in-person voter fraud, which studies have shown is very rare.

Democrats generally oppose such laws, arguing that they are really meant to disenfranchise voter groups that tend to support their party, including the poor, elderly and disabled as well as transient college students and minorities who are less likely to have photo IDs.

Missouri lawmakers on Monday voted down a Republican-sponsored amendment that would have required the state to pay for photo IDs and any other documents needed to get photo IDs in order for the voting requirement to take effect.

Without that change, some lawmakers said the measure would create a poll tax, meaning a fee to vote. Poll taxes were historically used to prevent Black Americans from voting.

Amendment sponsor Rep. Shamed Dogan, a Ballwin Republican, said lawmakers should pay to make sure all voters have access to photo IDs so the law “will not be construed as a poll tax or as an unfunded mandate on those voters.”

“If we do not fund that, then there has to be a consequence,” he said.

The bill needs another vote of approval before it can go to the Republican-led state Senate for consideration.

To report a correction or typo, please email digitalnews@ky3.com

{{featured_button_text}} The Lincoln-Lancaster County Health Department reported 40 new cases of COVID-19 on Sunday, bringing the community total to 28,522.The number of deaths from COVID-19 in the … END_OF_DOCUMENT_TOKEN_TO_BE_REPLACED

{{featured_button_text}} Andrew Weeks with his corgi, Atticus “Attie” Finch. The Lincoln attorney wrote an ode to his dog, purchased for him by his then wife, Christine Weeks, in … END_OF_DOCUMENT_TOKEN_TO_BE_REPLACED

Many elderly residents of nursing homes are seeing younger patients move in, often with mental illnesses. (Photo by Steve Smith via Getty Images) One year ago, a nursing home in Kirkland, Washington, … END_OF_DOCUMENT_TOKEN_TO_BE_REPLACED