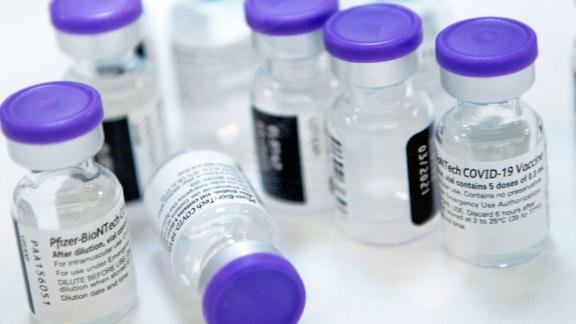 Winter weather has caused nationwide delays in vaccine shipments, but health leaders in Columbia are hoping to get back on track.

The Columbia/Boone County Health Department reported that the city did not receive any of its scheduled vaccine doses because of the weather.

“We are expecting those doses this coming week along with the doses we ordered for this coming week, so we are thinking we could have some pretty big clinics this week,” Clardy said. “But have yet to receive notification that those have been shipped.”

Clardy said they have not scheduled appointments for those doses, because there is still uncertainty around when the doses will come.

“We’re not counting our vaccine until we have it in hand.” Clardy said. “We can set up a time for a clinic to make sure we have staff scheduled, but based on what happened this past week, we aren’t going to make any appointments until we have vaccine in hand.”

He said the doses will continue to go to those who qualify for the vaccine through the state’s plan. Names are pulled from a registry list compiled by the department, MU Health and Boone Hospital.

Down in Jefferson City, Capitol Region Medical Center is expecting some delays to their doses because of the weather.

Director of Pharmacy Services Denny Hamilton said they weren’t expecting any doses last week. Now their shipment for this week may be delayed as the companies try to get through the backlog of delayed shipments.

Hamilton said CRCM was expecting the Moderna vaccine, which may delay a vaccine clinic scheduled for Friday if its order doesn’t come in time.

“If we don’t get the vaccine by Wednesday or Thursday, we’ll have to have those discussions about what we want to do about contacting those folks, and potentially rescheduling for sometime early next week,” Hamilton said.

{{featured_button_text}} This branch location at 1600 N. Cotner Blvd. is one of two that Cornhusker Bank is planning to close. Lancaster County Assessor's Office Matt Olberding … END_OF_DOCUMENT_TOKEN_TO_BE_REPLACED

The Iowa Capitol dome. (Photo by Iowa Capital Dispatch) Even as lawmakers were rushing bills through committee ahead of this week’s legislative deadline, legislative leaders were offering partisan … END_OF_DOCUMENT_TOKEN_TO_BE_REPLACED