Kansas City Chiefs general manager Brett Veach has a long way to go before he’ll be concerning himself with the 2022 class of free agents. The team is fully focused on preparing for the 2021 NFL season, getting players in shape and ready for the inaugural 17-game season. At the same time, a few players could be due for extensions this summer. With over a dozen contributors set to become unrestricted free agents, the team could also be looking for potential replacements to emerge on the 90-man offseason roster.

With all of that in mind, here’s a quick look at all of the unrestricted, restricted and exclusive rights free agents for the Chiefs in 2022: 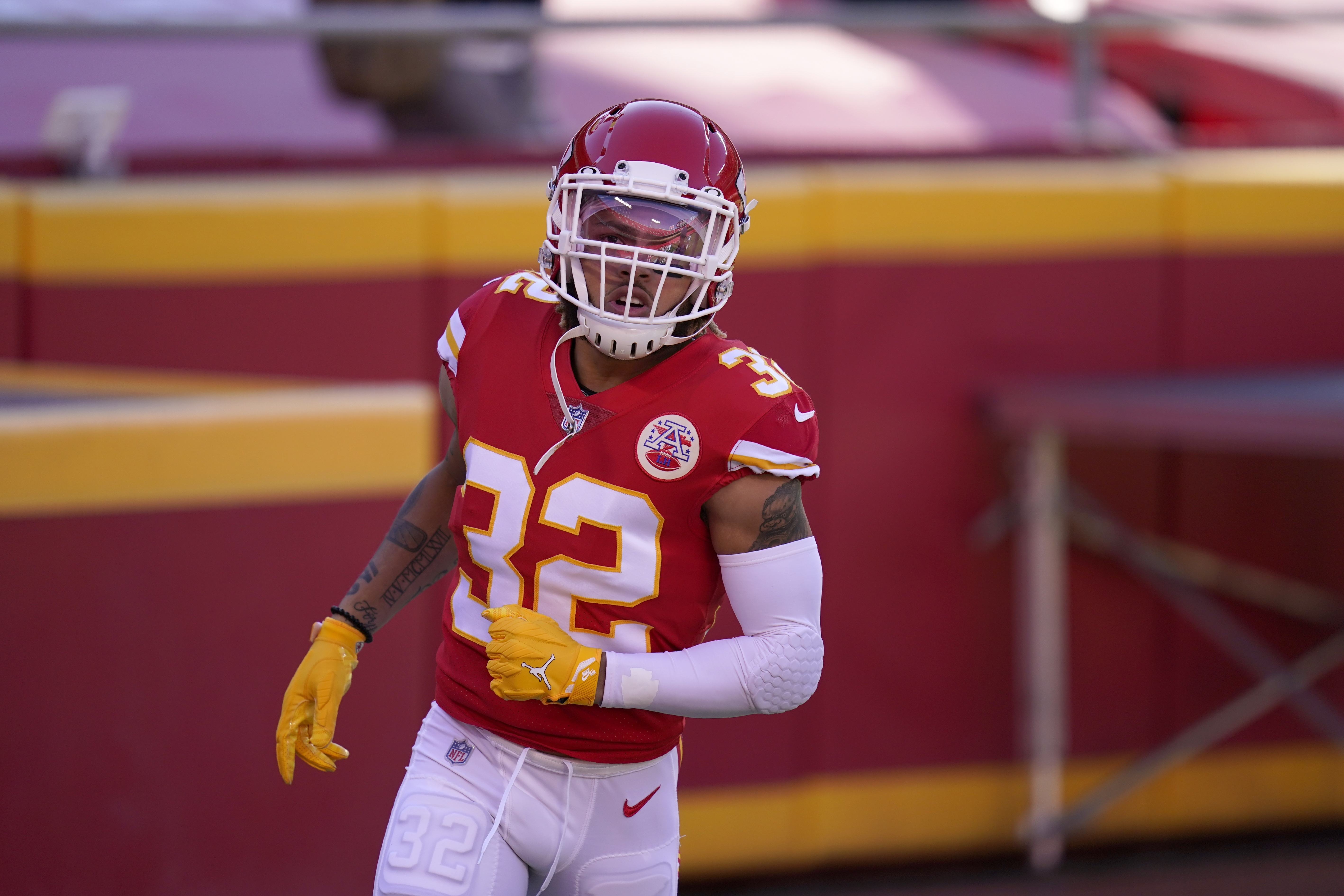 Perhaps the most important player that is scheduled to become an unrestricted free agent for Kansas City is defensive team leader Tyrann Mathieu. A since-deleted tweet has fans concerned that an extension might not happen. Knowing Mathieu’s contract history with the Cardinals and Texans, it’s easy to see where his pessimism is coming from.

Brett Veach already admitted that there hadn’t been much in the way of conversations with Mathieu’s representatives regarding an extension. He said that the timeframe for an extension would likely be similar to that of the extensions that were done in 2020. Big extensions for Chris Jones and Patrick Mahomes both happened in July. Look for a Mathieu extension around that time. If it doesn’t, that’s when you should begin to worry about Mathieu’s future with the team. 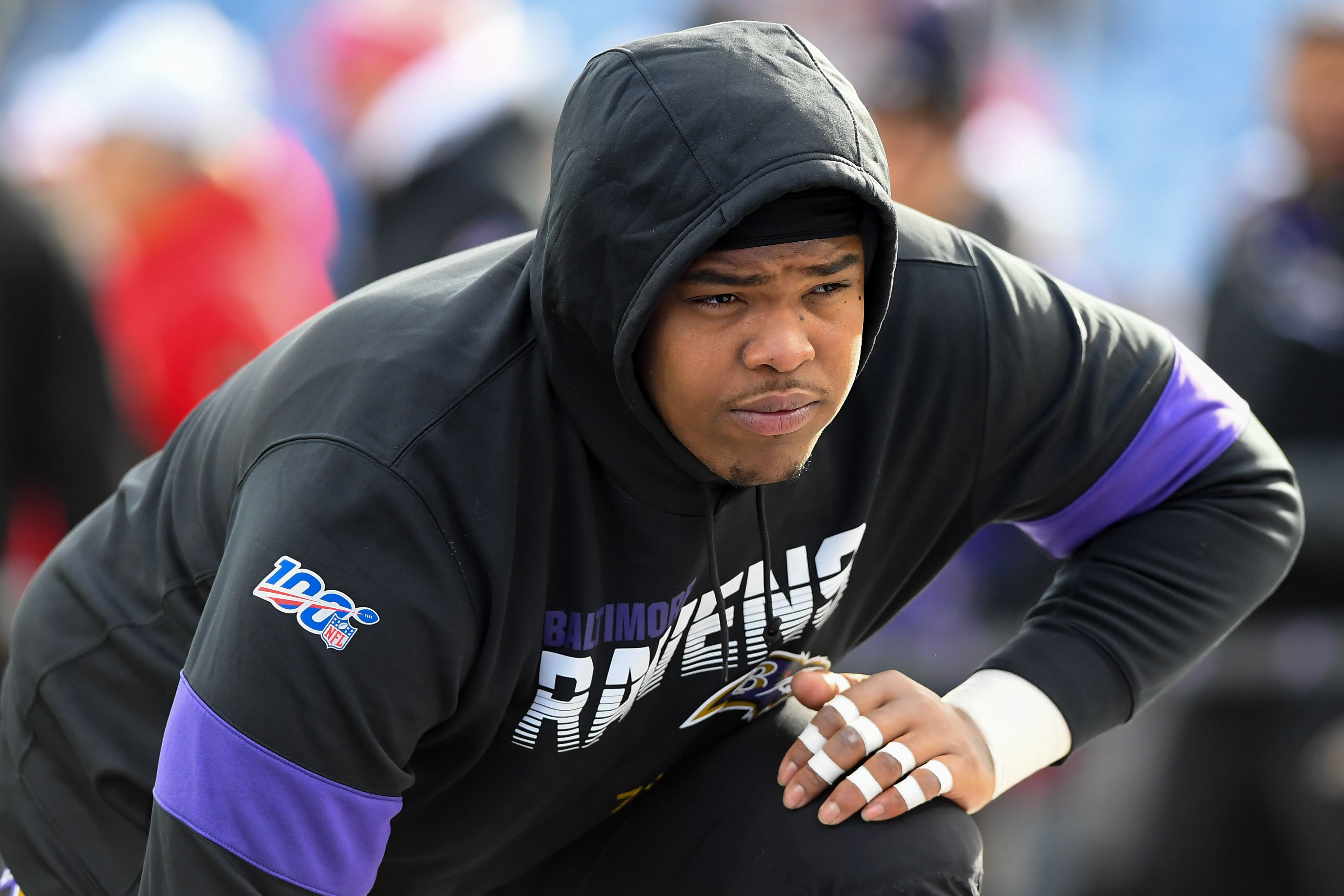 The Chiefs aren’t in a hurry to make a decision on an Orlando Brown Jr. extension. It seems like the team is interested in seeing what they have and how he performs in his first year before they commit to a number and lock him down long term. A report came out shortly after the trade to acquire Brown Jr. saying that the team is willing to use the franchise tag on him in 2022. 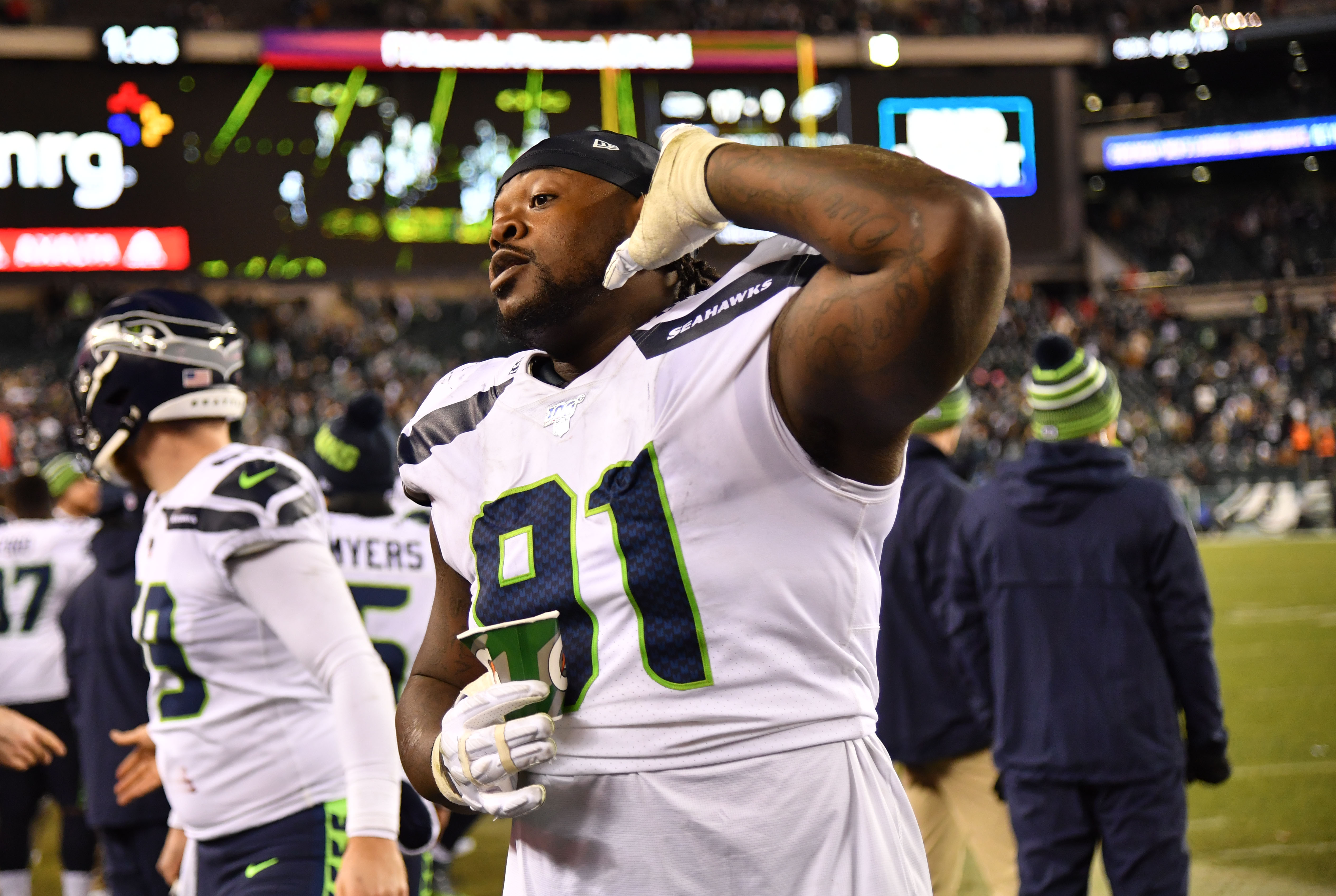 A bit of a surprise free-agent signing by Kansas City, Reed signed a one-year deal with the Chiefs in order to compete for a championship. It’s hard to imagine the team agreeing to a big, multi-year commitment with Reed as they’ve already invested quite a bit of money on the defensive line between Frank Clark and Chris Jones. He should be a one-year player for the Chiefs, potentially fetching a big contract elsewhere in 2022 and earning K.C. a compensatory draft pick. 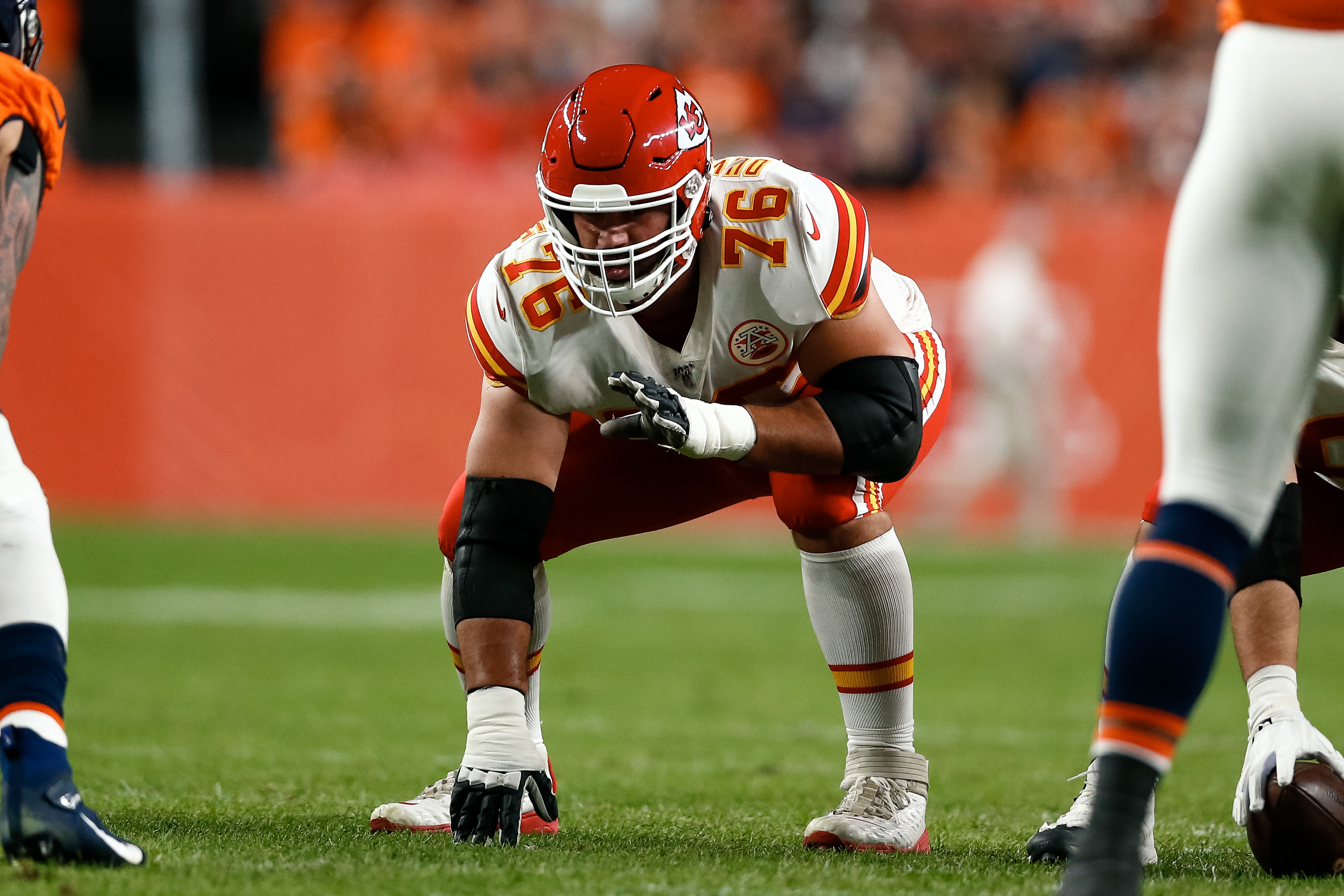 Duvernay-Tardif’s contract voids following the 2021 NFL season. This is a result of his restructured contract that he agreed to during the 2020 NFL offseason, prior to his decision to opt out. The Chiefs seem to be going in a different direction with the offensive line. Even though Duvernay-Tardif is revered by the coaching staff, it’s hard to imagine that he’ll stick around after the 2021 NFL season. 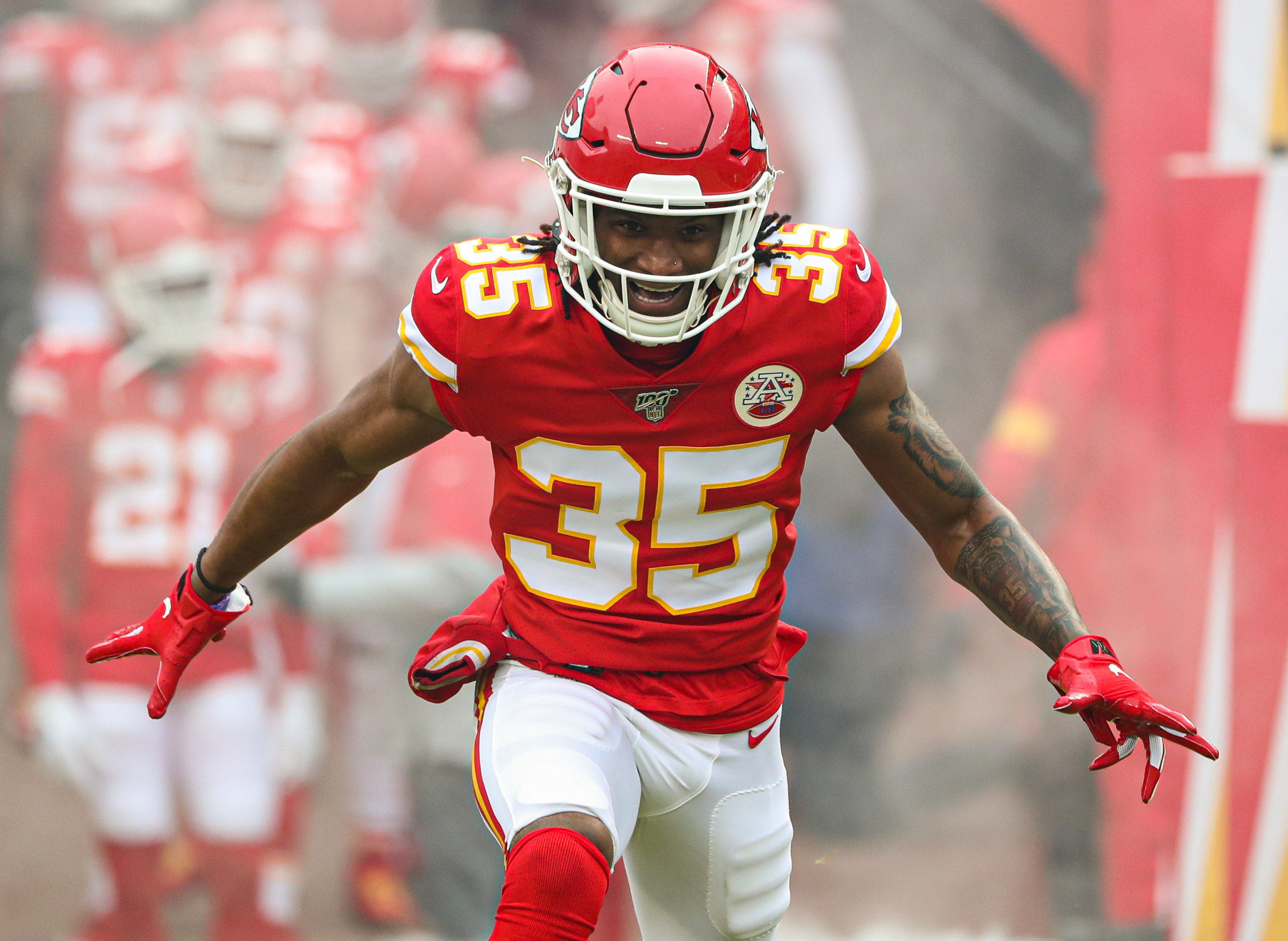 A starter on the perimeter since 2019, Ward should be an interesting case study following 2021. The Chiefs acquired him in trade from the Cowboys ahead of the 2018 NFL season. He’s been someone that they’ve invested in, but will they be able to hand out a contract that pays him like a top cornerback? 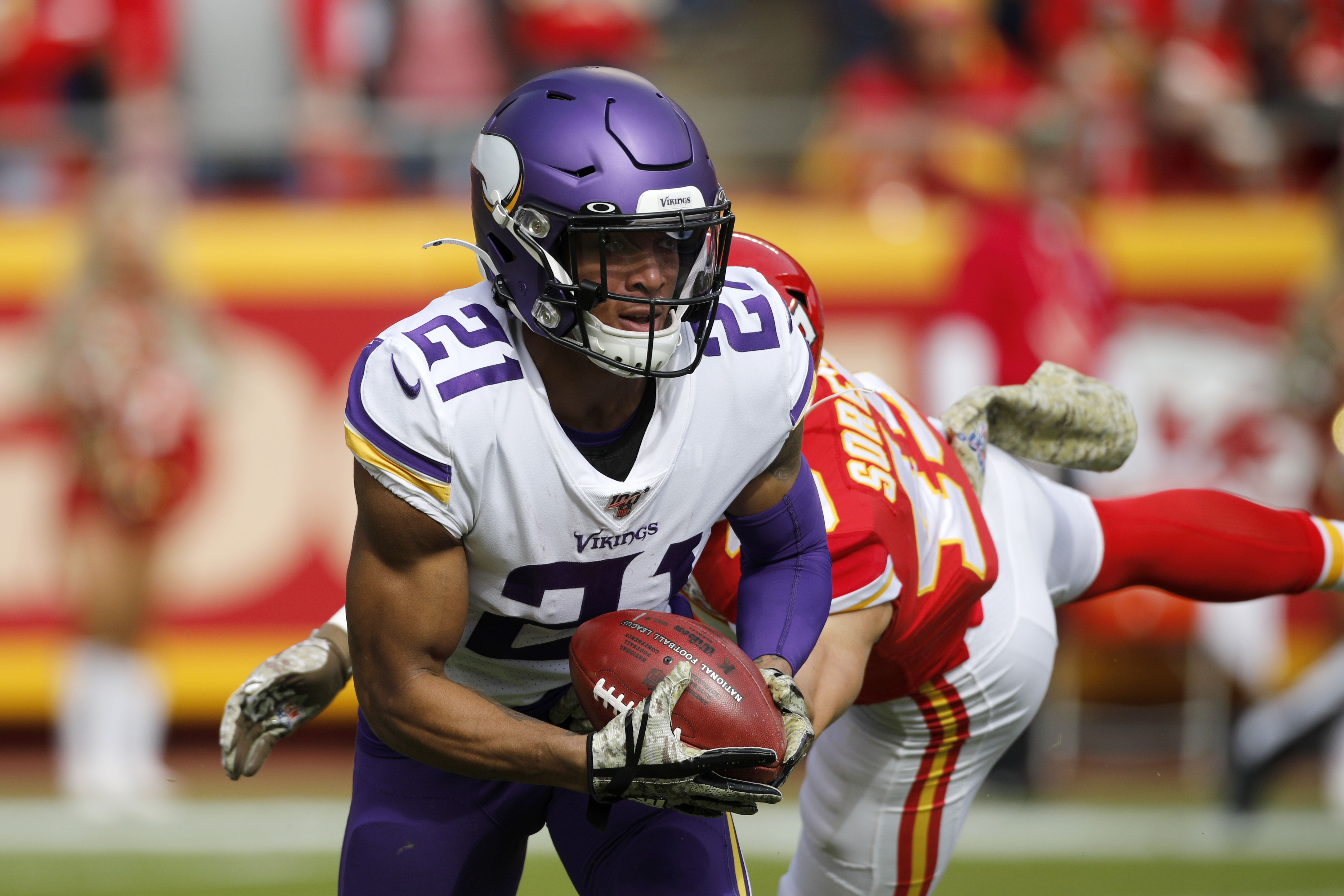 The Chiefs recently traded for Hughes in a low-risk, high-reward deal. Whether Hughes sees a second contract with the team is entirely dependent upon his performance and ability to stay healthy during the 2021 season. This is a player that the team clearly liked ahead of the 2018 draft. As a former first-round pick, there’s always a possibility that a solid performance puts him out of the Chiefs’ price range. 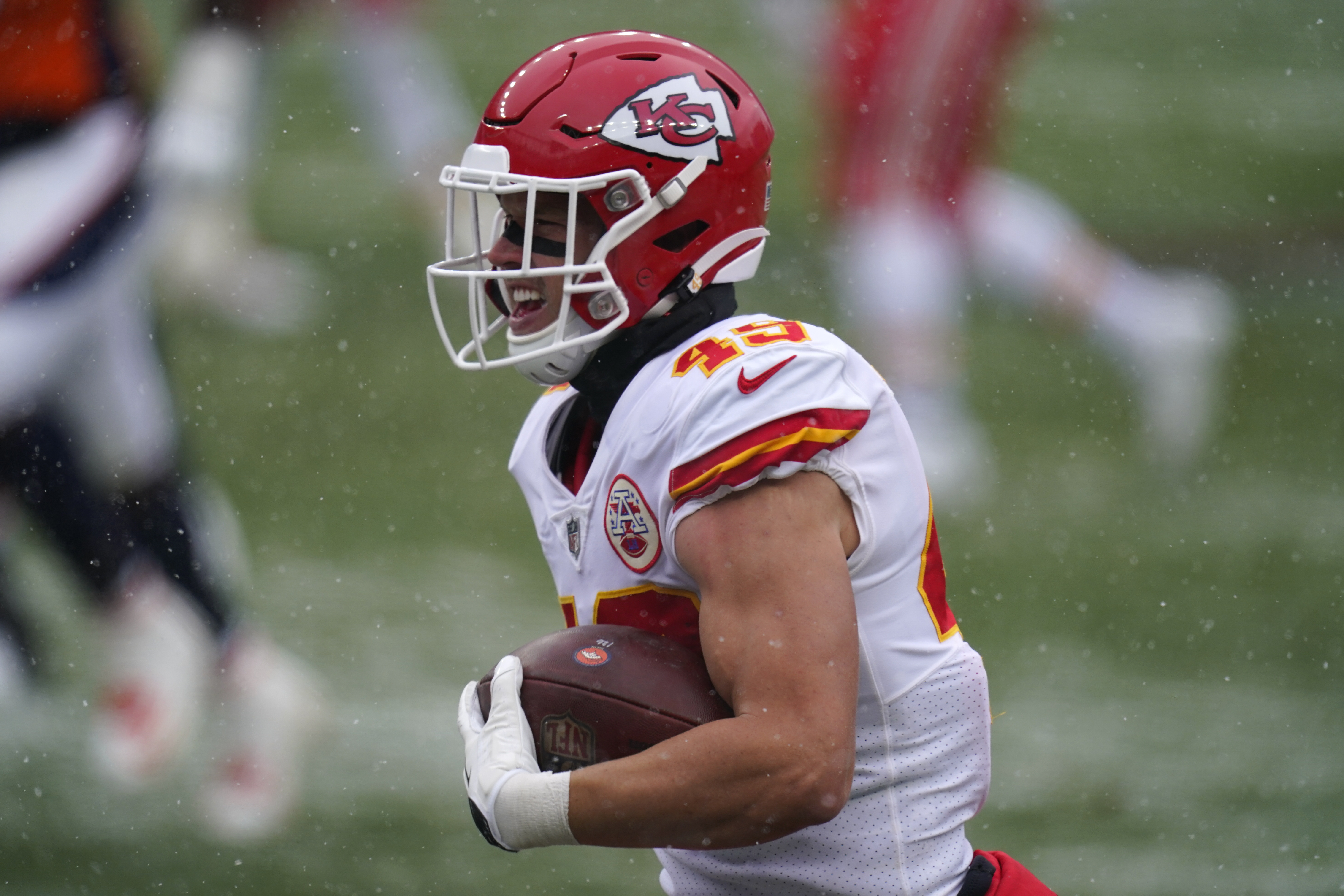 Sorensen signed a one-year deal to return to Kansas City this past offseason. So long as he remains affordable and valuable to the team on defense and special teams, he should have a spot on this team. He’s beloved by the coaching staff and his teammates. Sorensen is going to be 32 years old next March, so they could opt for a younger solution for the No. 3 safety spot. 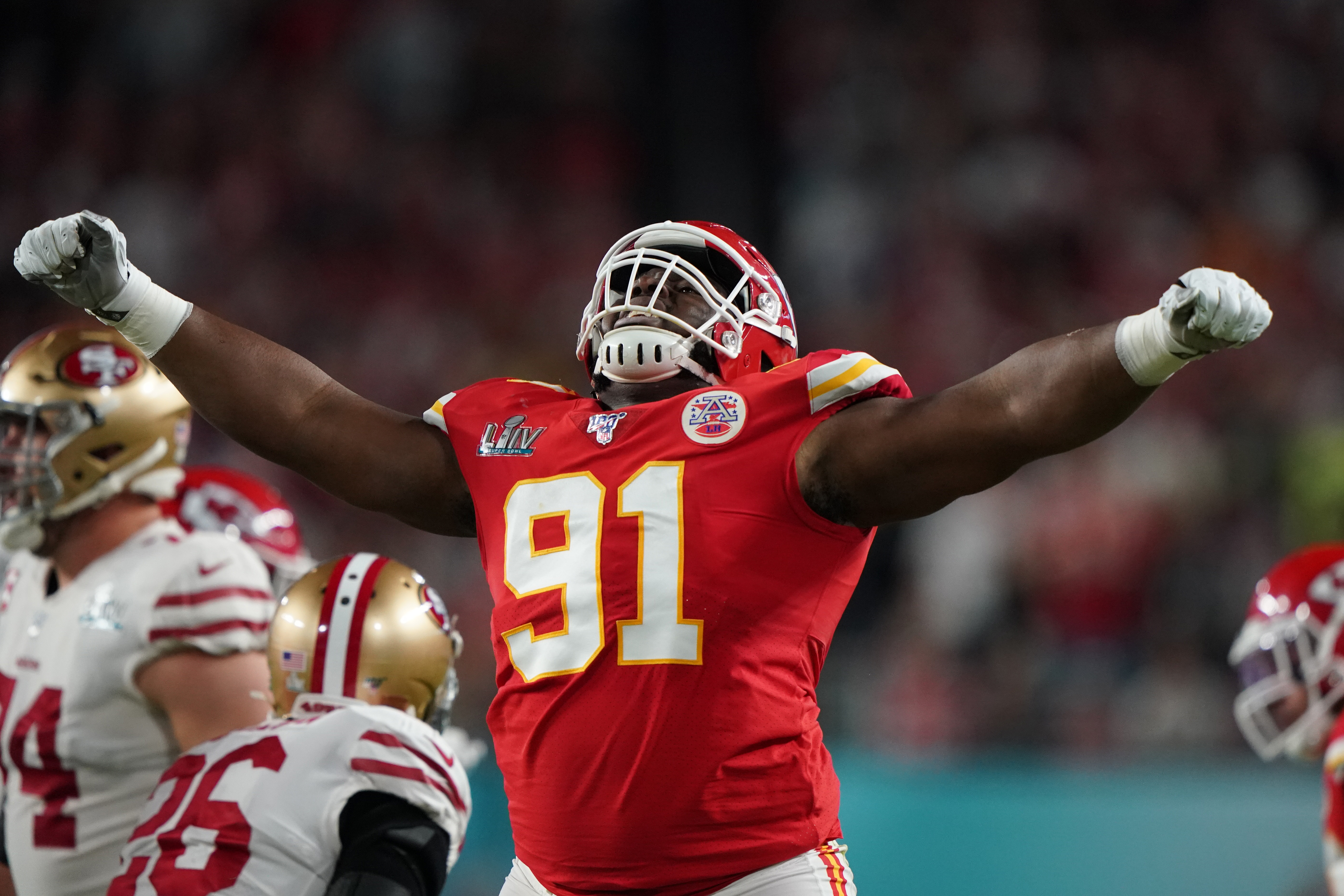 Nnadi is clearly the top-performing pick from the Chiefs’ 2018 draft class. How much can the team afford to pay a run-stuffing defensive tackle that doesn’t bring much in terms of quarterback pressure? We could very likely see Nnadi walk in free agency in 2022. 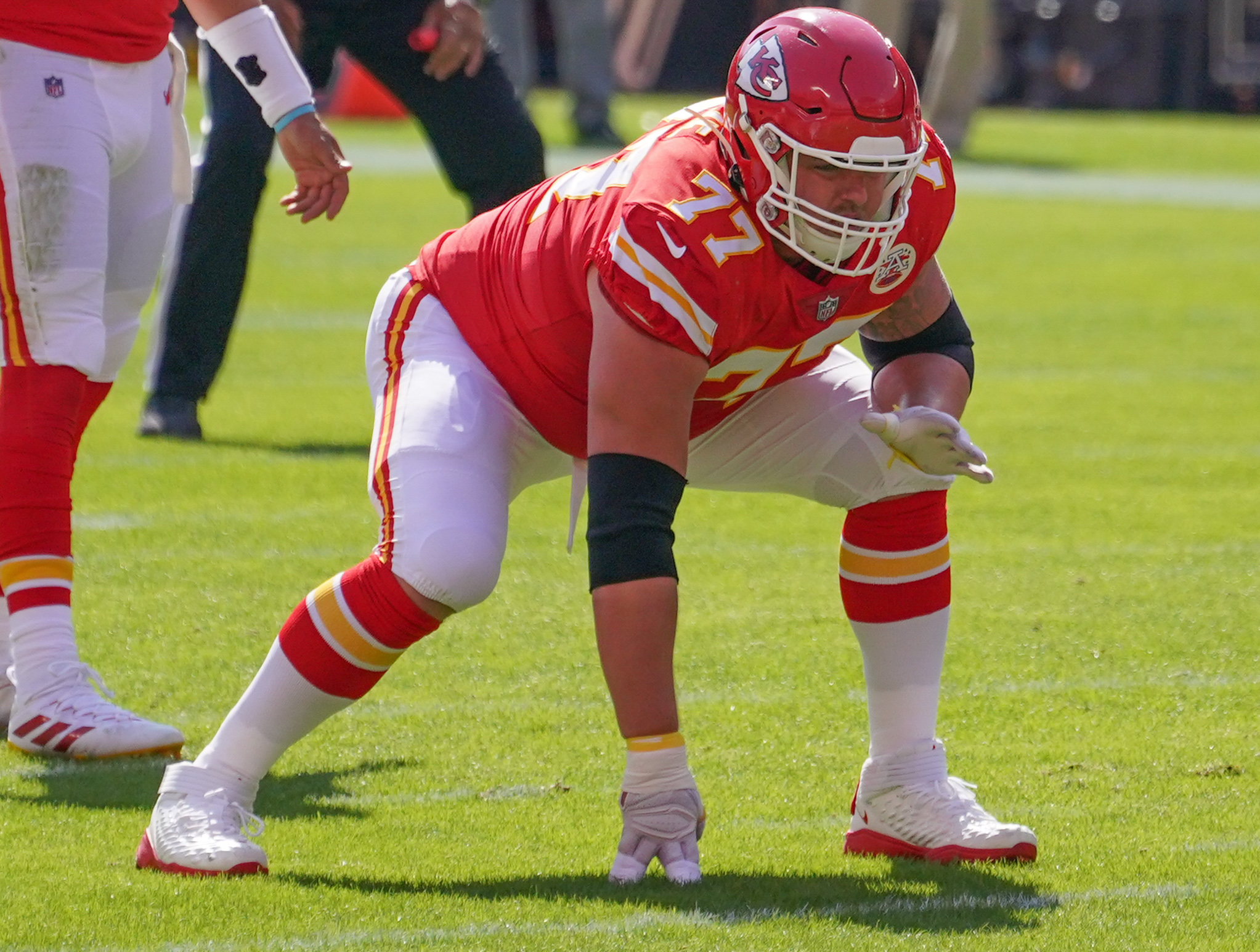 Wylie has proven to be a valuable backup offensive lineman in Kansas City. He was the top performance-based pay earner in 2020 because of the number of snaps that he played. His future outlook with the team is blurry due to the revamped offensive line, but he could also be someone who sticks in a backup role. 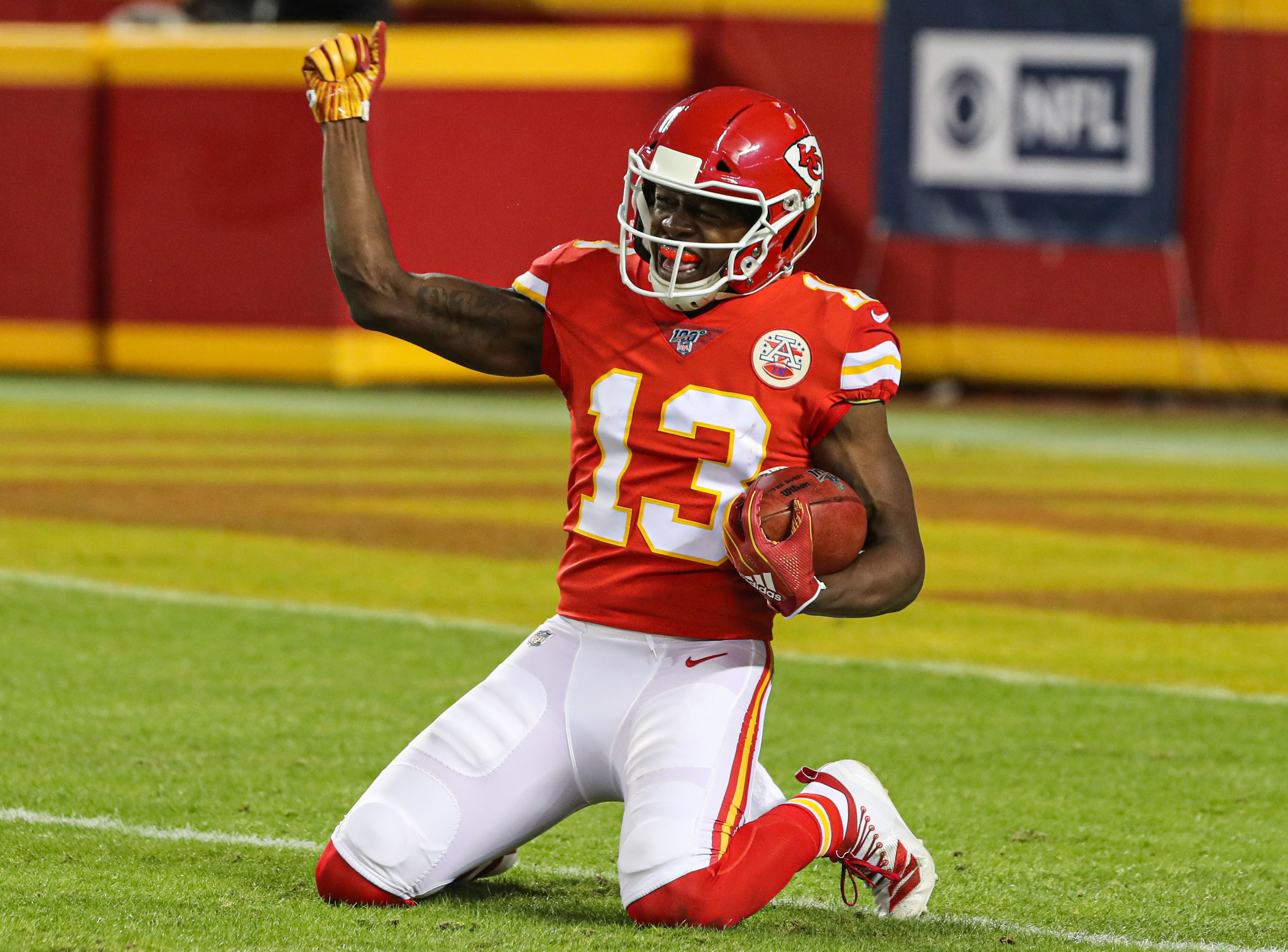 Pringle signed a restricted free agent contract with the Chiefs in 2021. He should be given more opportunities on offense during the upcoming season. If he can’t capitalize, I don’t see the team making anything more than one-year commitments. If he does capitalize, I could see Kansas City signing him to a multi-year extension. 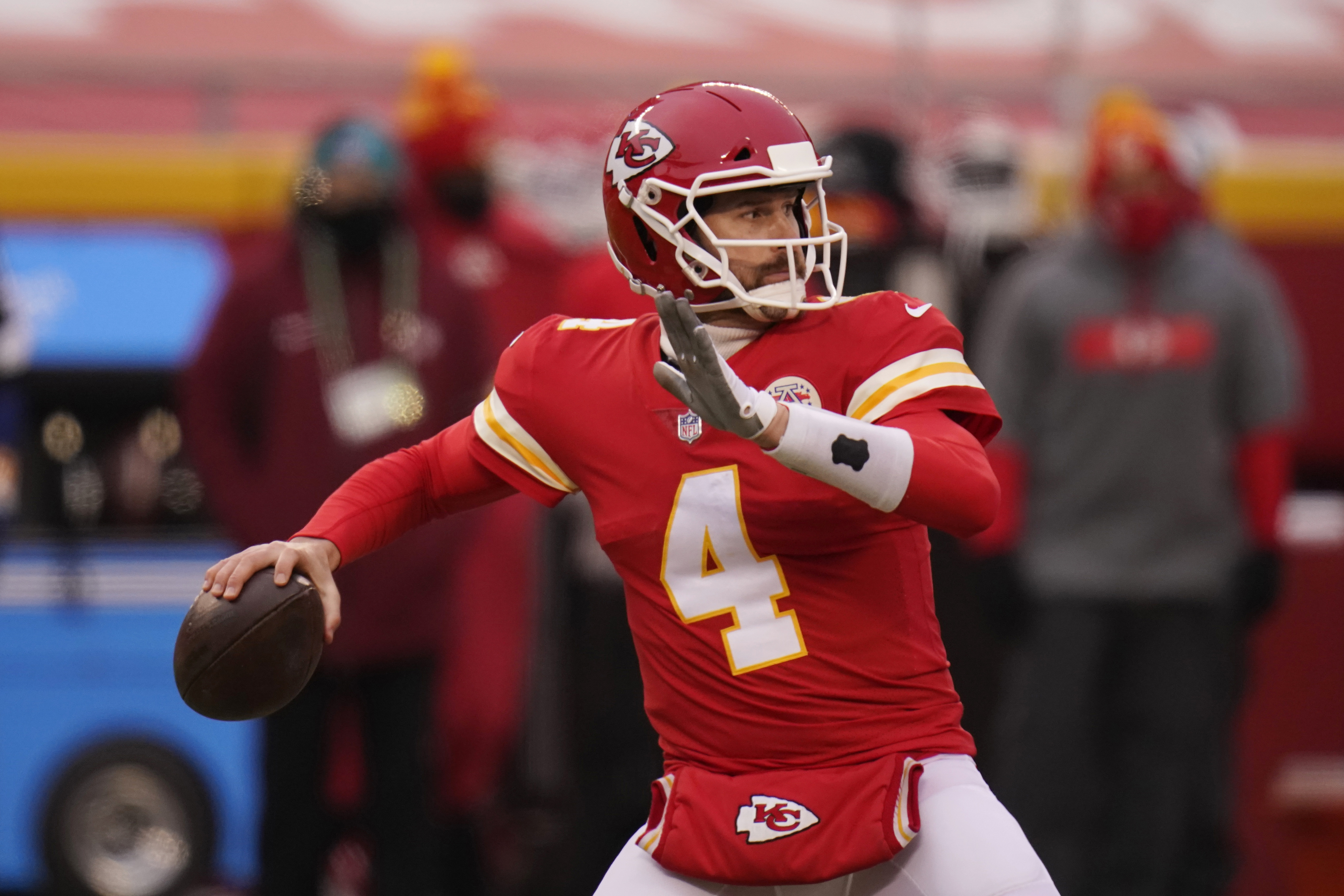 This looks like it could be Henne’s last ride with the Chiefs. They added QBs Anthony Gordon and Shane Buechele this offseason, likely in a competition to become Henne’s successor. At some point, Mahomes will become the veteran QB in the room and the team will begin training some young guys behind him who could become trade chips. 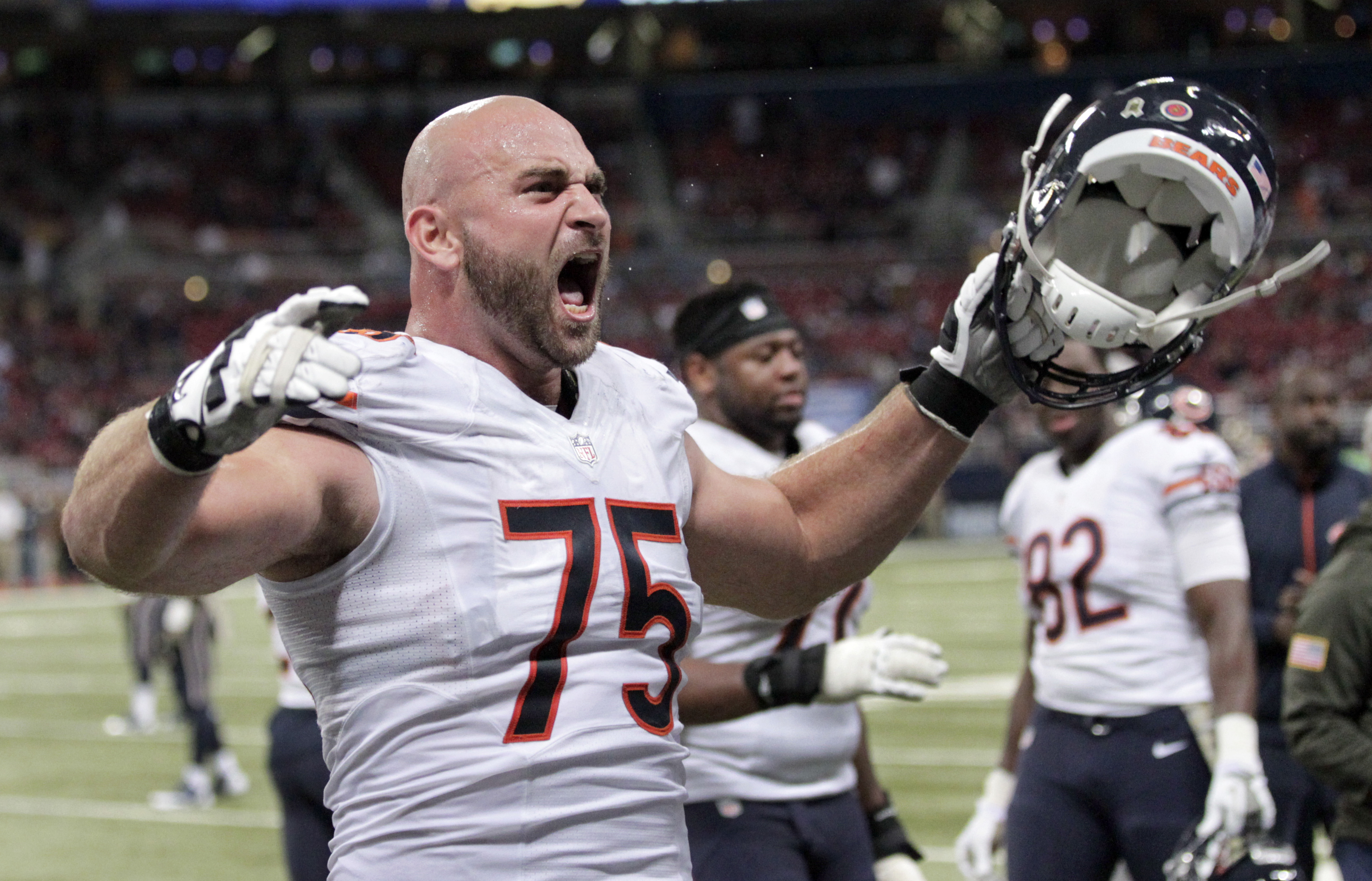 It’s hard to tell what to make of Long’s return from retirement. If he stays healthy it could turn out to be one of the steals of the offseason and lead to a second contract with the team. It also depends on what position he ultimately lands at, with the ability to play both right tackle and right guard. 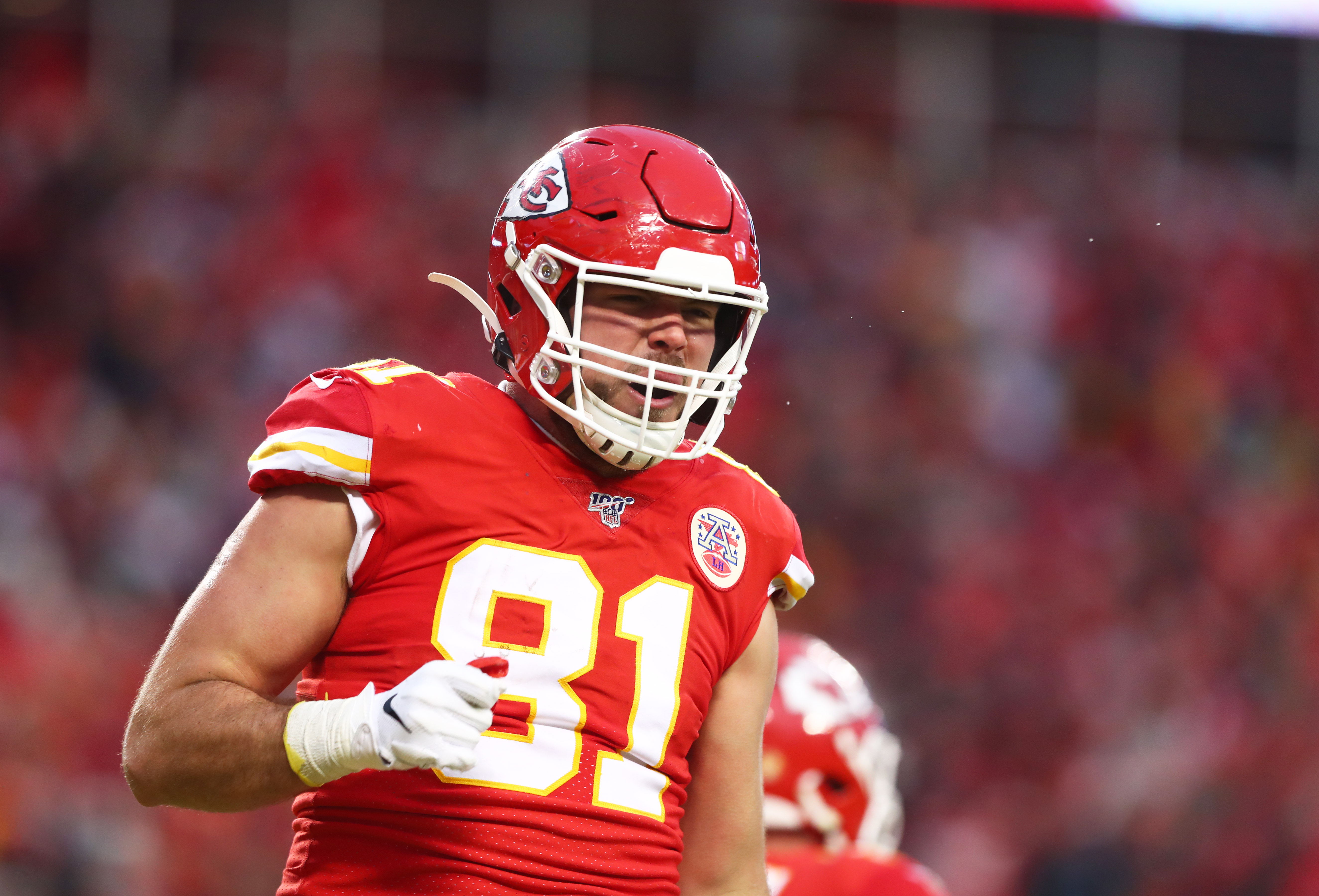 Bell is a player that won’t break the bank as a free agent. He seems like someone who won’t earn a long-term deal, but would likely be a year-to-year signing in the same way that Anthony Sherman was for the past several years. 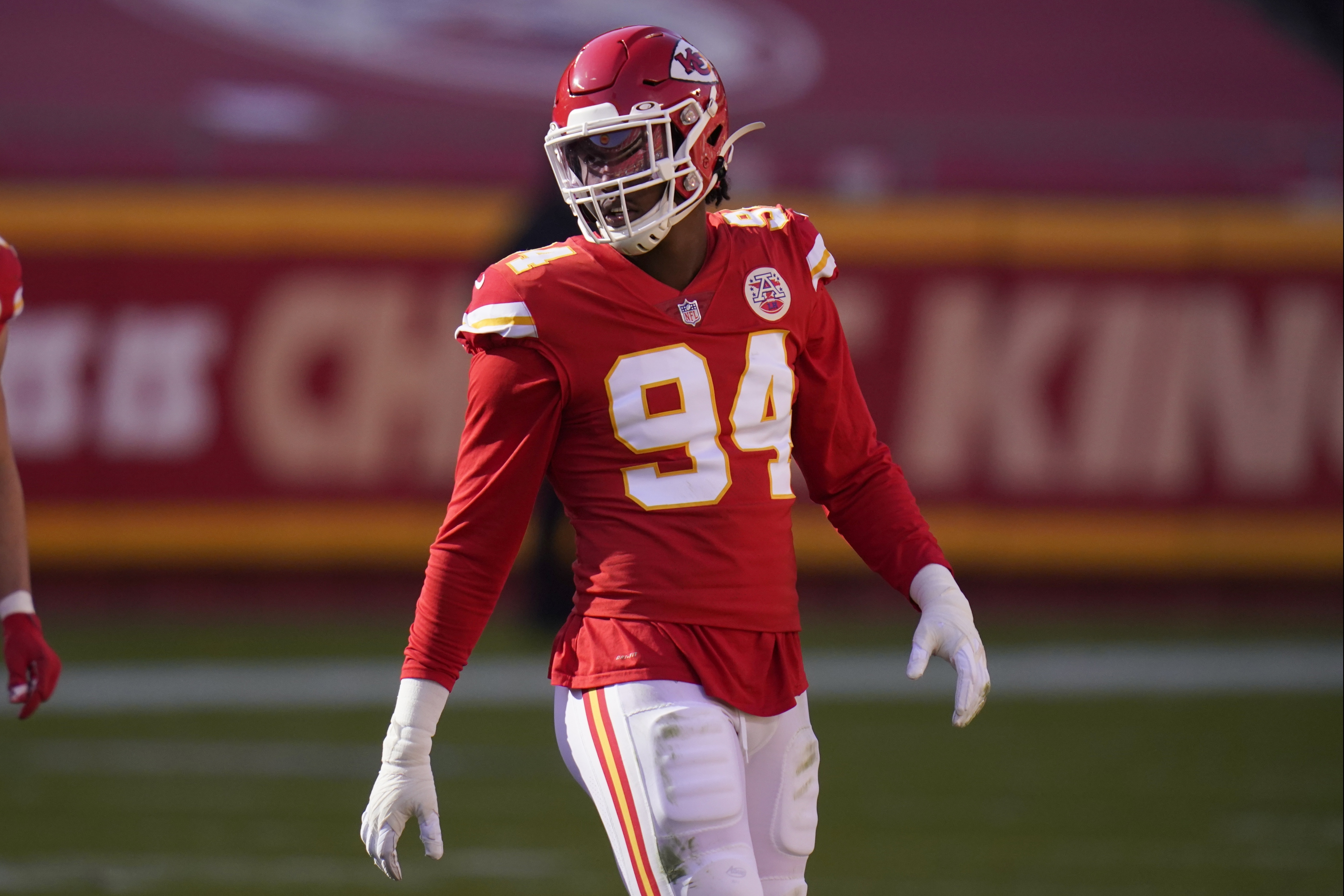 Charlton’s future in Kansas City will likely be determined by his performance in 2021. The team envisions him play a bigger role opposite Frank Clark this season. We’ll see if he can lock it down with some young players fighting for playing time behind him. 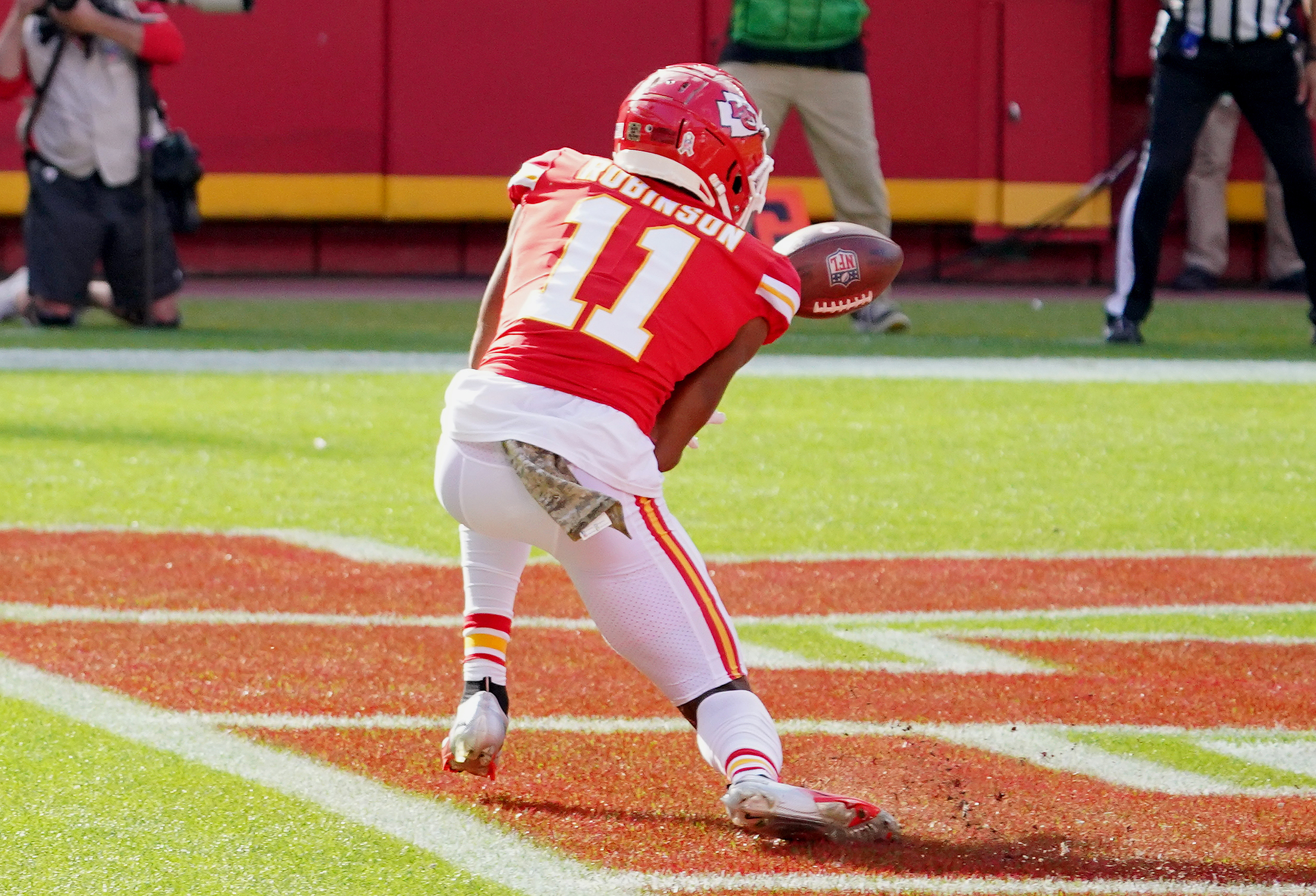 This is the second consecutive season where Robinson has landed back with the Chiefs on a one-year deal. With a competitive WR room, he could be a surprise release this offseason. It’s also possible that he continues to stick with the team on one-year deals for the foreseeable future as he’s clearly more valuable to K.C. than elsewhere. 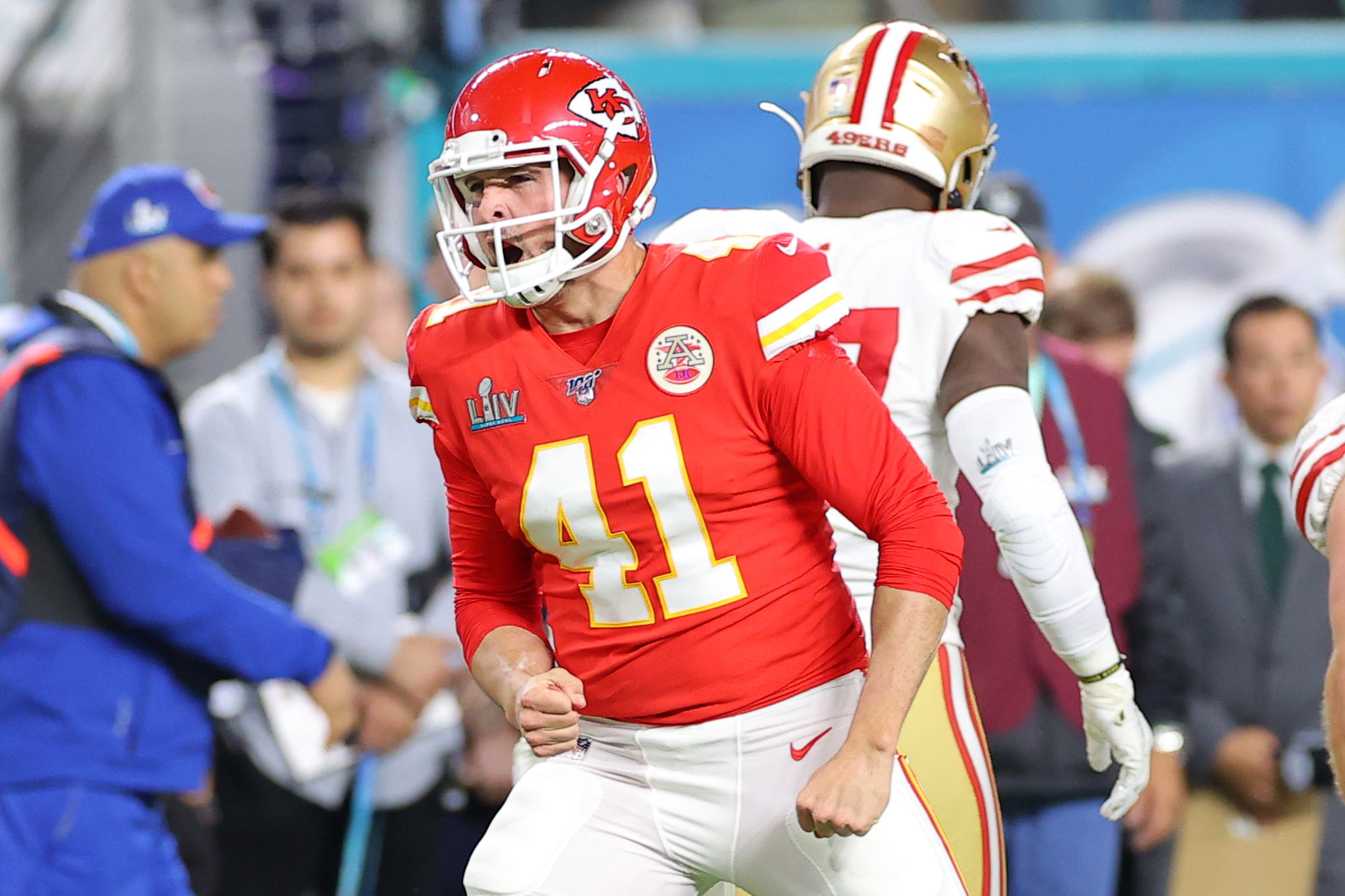 Long-snapper contract incoming? Winchester will be 32 years old in August, but I’m not sure the team is ready to move on from the veteran. They could very well re-sign him to a long-term contract extension as early as this offseason. 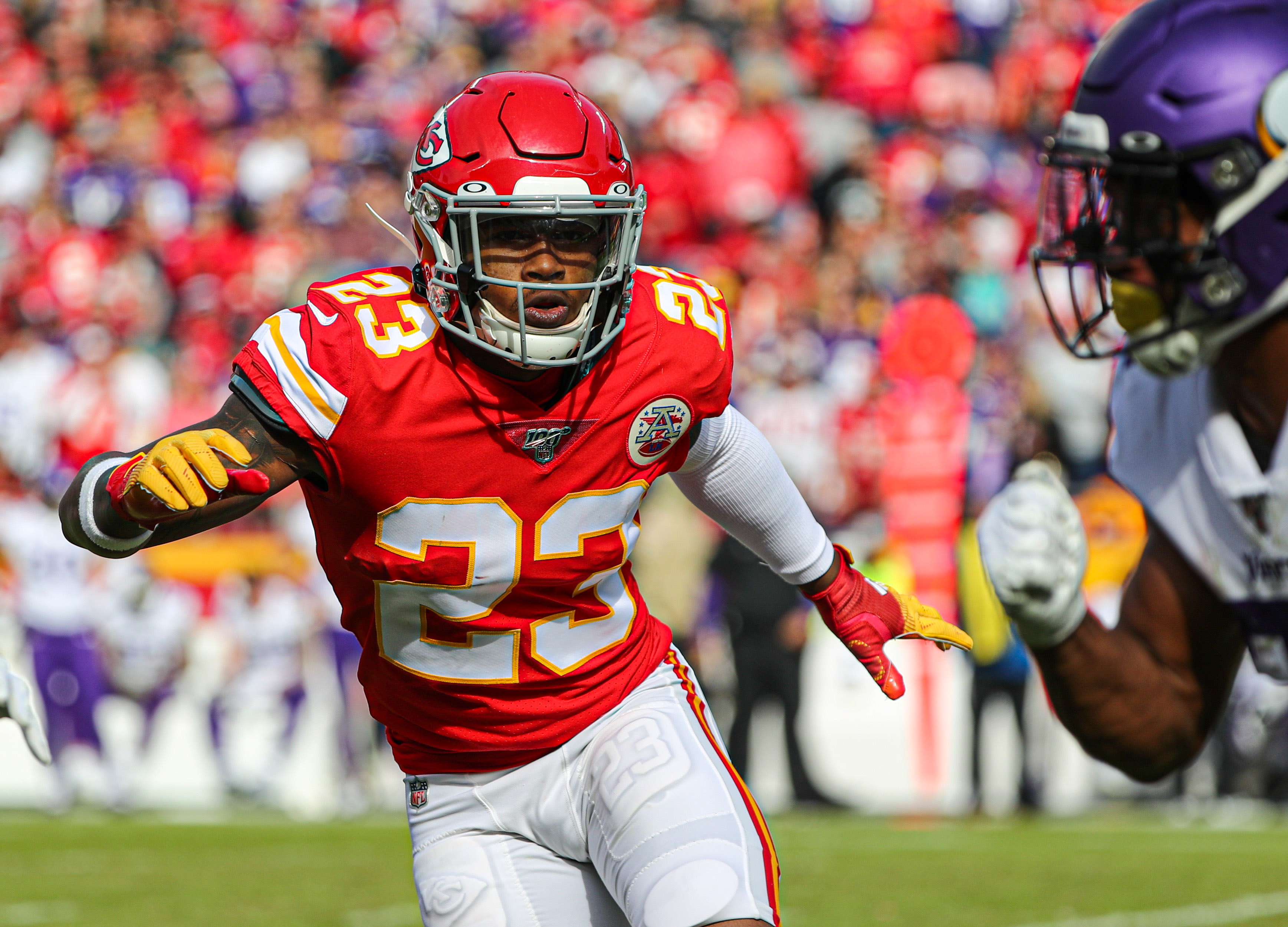 Watts played the most special teams snaps of any player in Kansas City in 2020. He’ll look to play a big role on special teams again in 2021. Given how the Chiefs value special teams play, this might not be his last contract with the team. 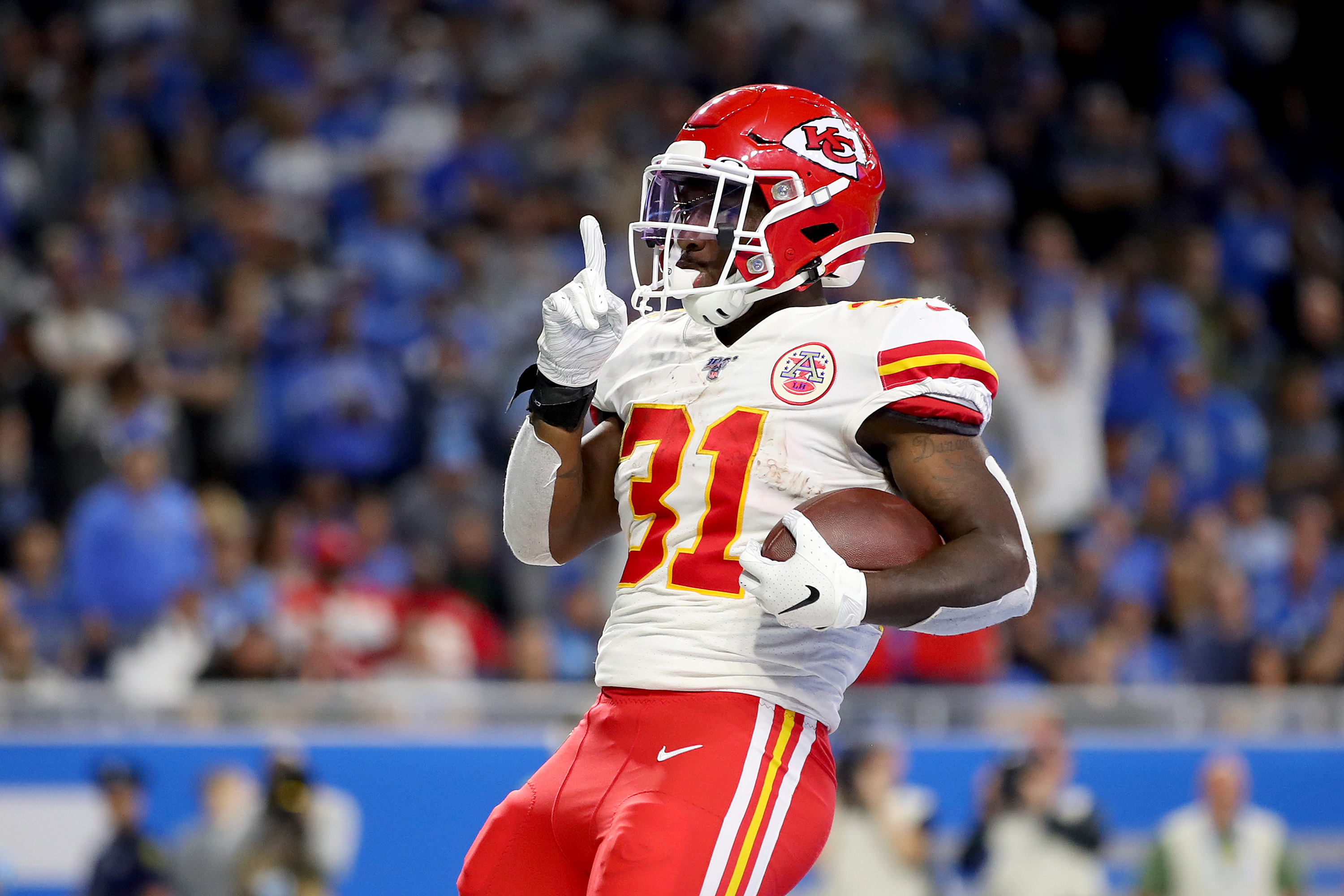 Williams proved his worth in relief of Clyde Edwards-Helaire during the 2020 playoffs. This season the Chiefs should have a better idea of how to use him and if he has a successful year, he could easily return in 2022. 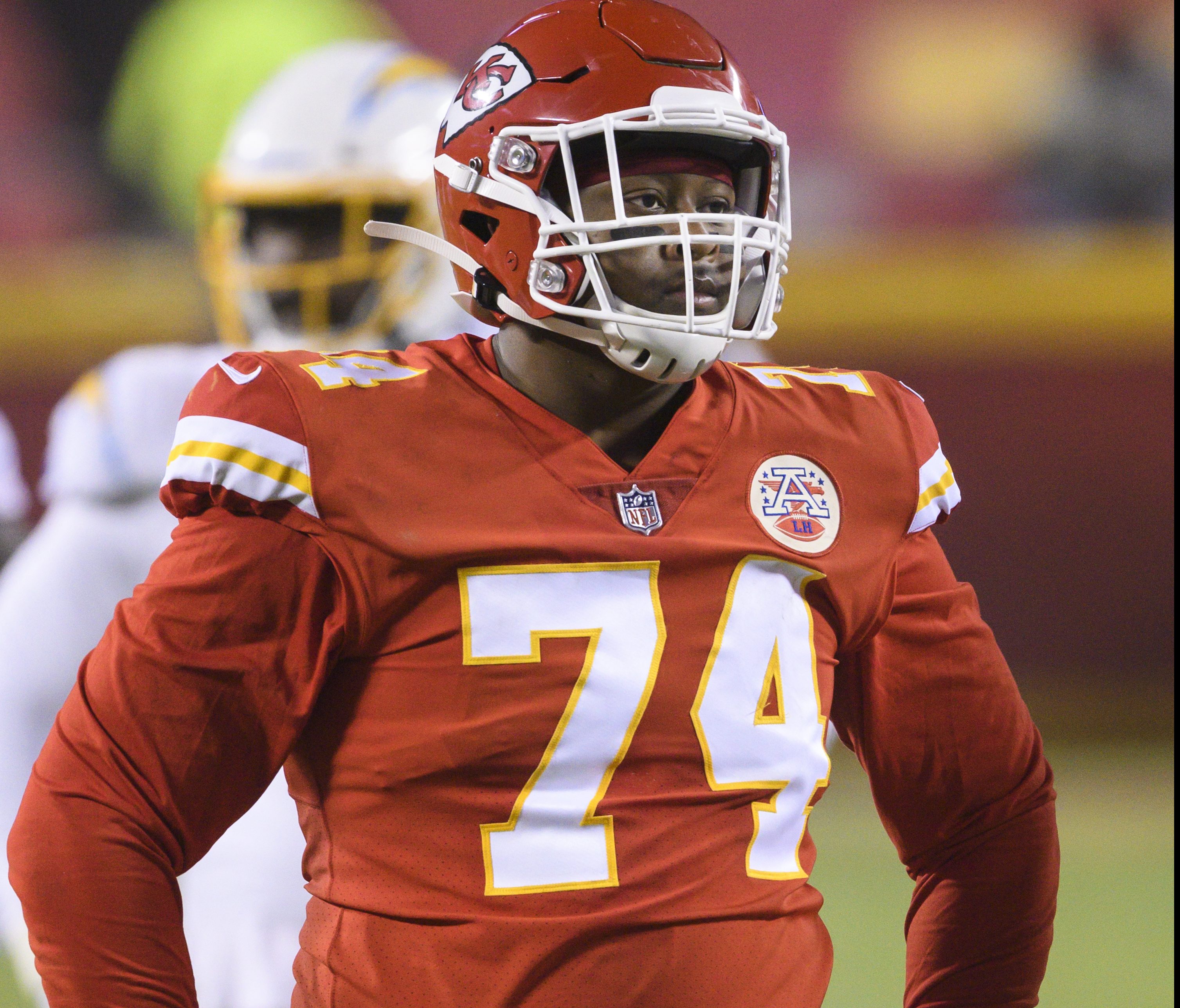 All of these players are on the roster bubble this offseason. It’s not a guarantee that any of them make the 53-man roster in 2021, but it also wouldn’t shock if any of them do make it. They’ll be battling throughout OTAs and training camp to make a lasting impression on the coaching staff. 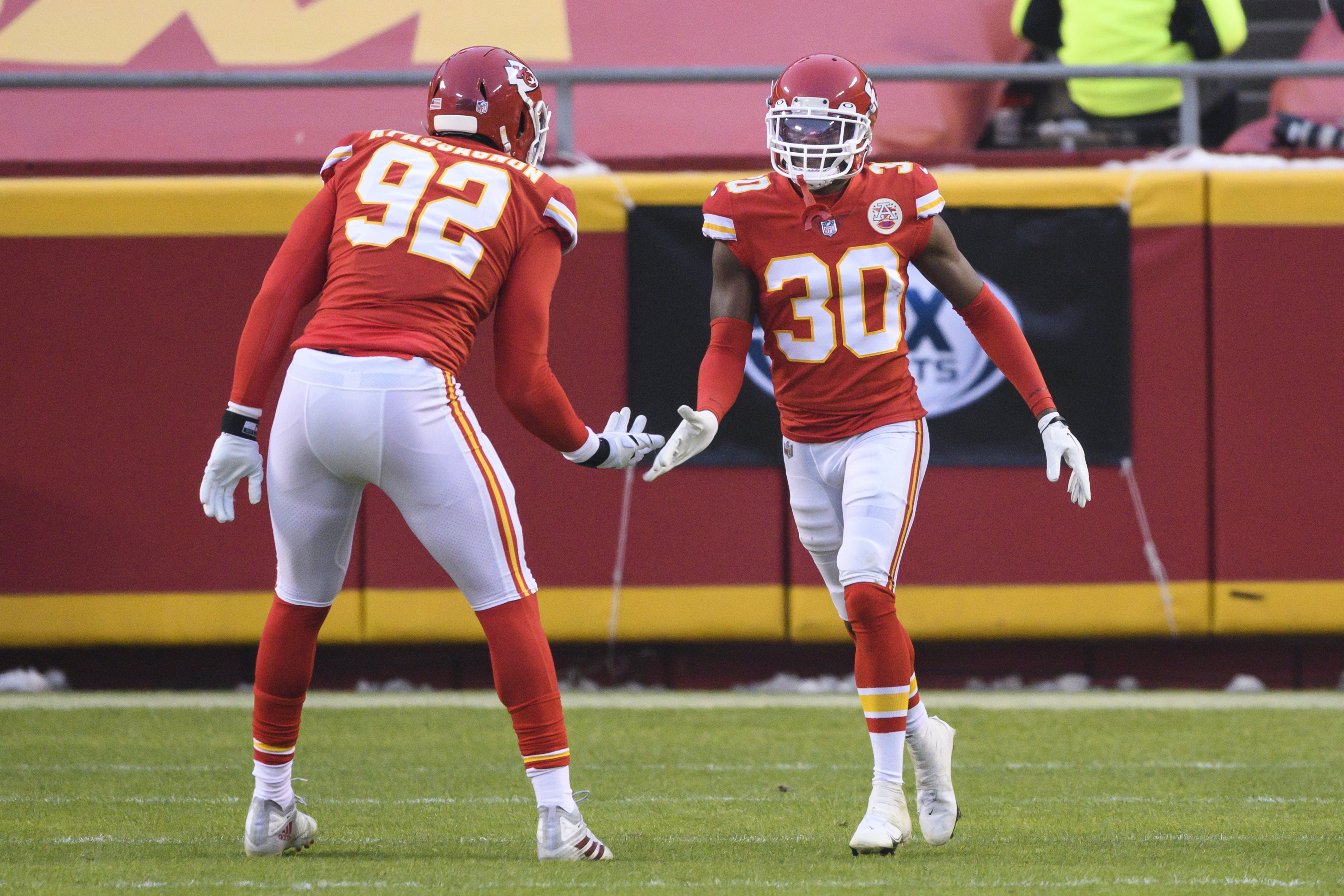 Exclusive rights free agents are players on expiring contracts who have fewer than three accrued seasons in the NFL. These players can only negotiate with their original team prior to the new league year. If they’re not tendered a contract offer, they’ll become unrestricted free agents. None of these players are given to make the 53-man roster, but several of them will surely make it on the practice squad. 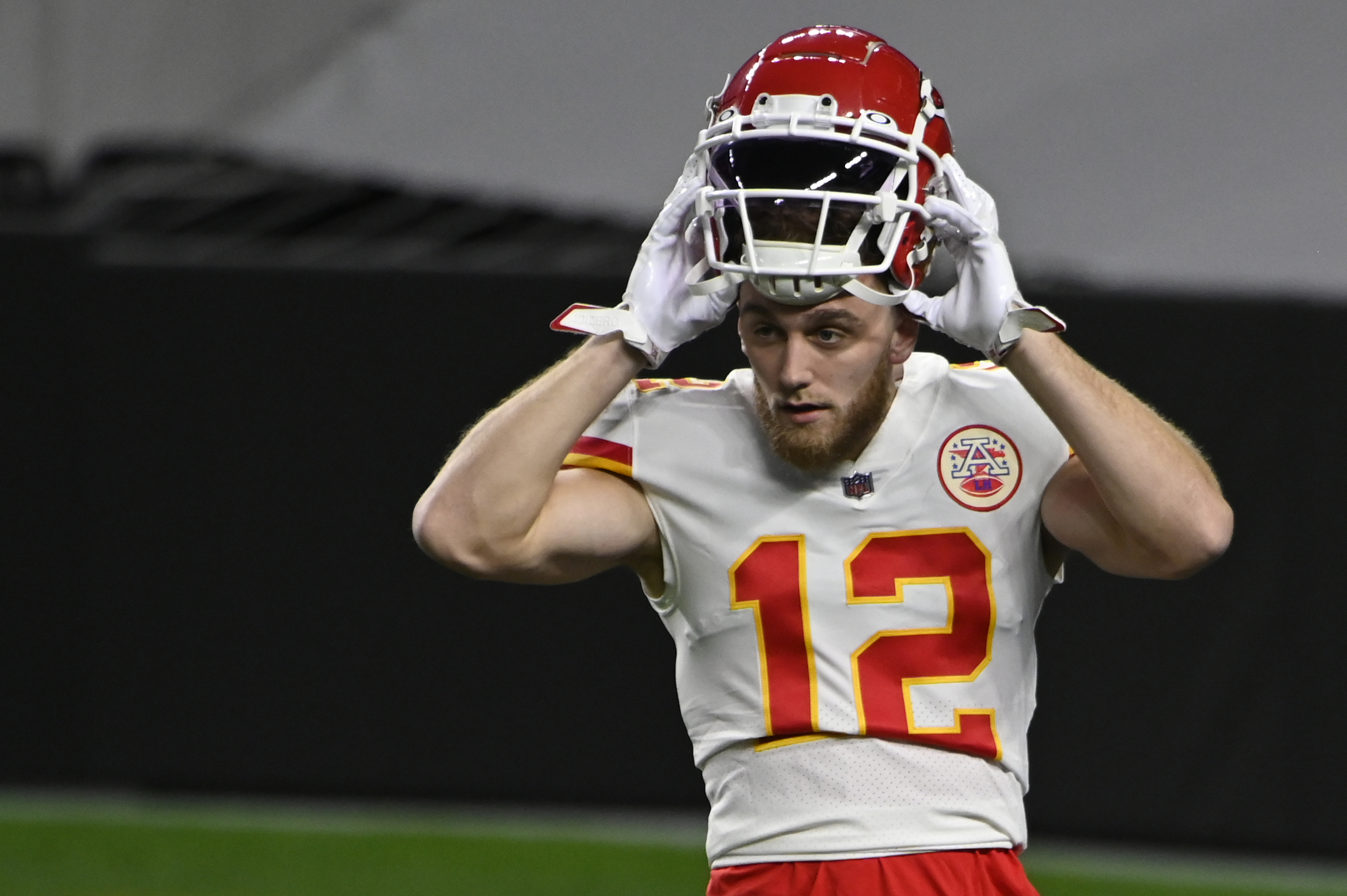 Restricted free agents are players with three accrued years of service in the NFL and an expiring contract. They can receive three levels of qualifying contract tenders as a result. I’m not sure that we’ll see any of these players make the 53-man roster outright this year, though Dieter and Callaway have an outside shot in wide receiver competition. 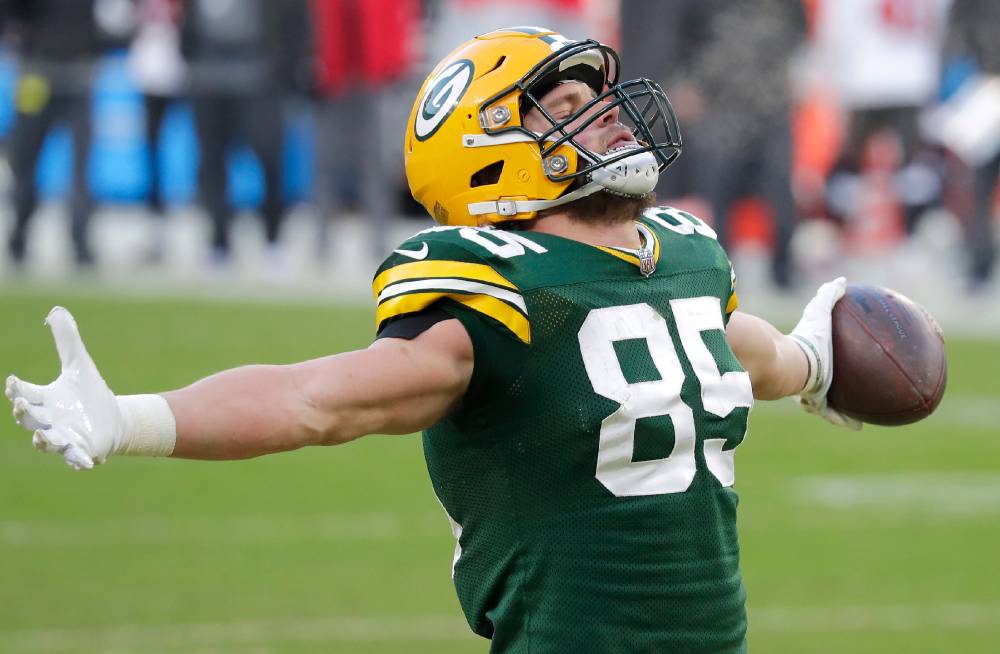 {{featured_button_text}} Kelli O’Hara, appropriately enough, opened her show Saturday at the Lied Center for Performing Arts with a song from “The King and I.”But it wasn’t one of the numbers she … END_OF_DOCUMENT_TOKEN_TO_BE_REPLACED

The Kansas City Chiefs received some disappointing news on Thursday, learning of a knee injury to right guard Kyle Long.Long returned from a season of retirement to join the Chiefs this offseason. He … END_OF_DOCUMENT_TOKEN_TO_BE_REPLACED

FIND ANOTHER LOCATION. 40,000 EVERGY CUSTOMERS WERE WITHOUT POWER AT THE HEIGHT OF THE STORM AROUND 4-30 FRAYID AFTERNOON. THIS MORNING. IT’S DOWN TO AROUND 6,0.00 MORE THAN 650 EVERGY EMPLOYEES ARE … END_OF_DOCUMENT_TOKEN_TO_BE_REPLACED

Austin FC at Sporting Kansas City: FINAL, 1-1Austin FC survived by the skin of its teeth, but The Oaks will enter next week's opening match at Q2 Stadium with another point to its name after … END_OF_DOCUMENT_TOKEN_TO_BE_REPLACED