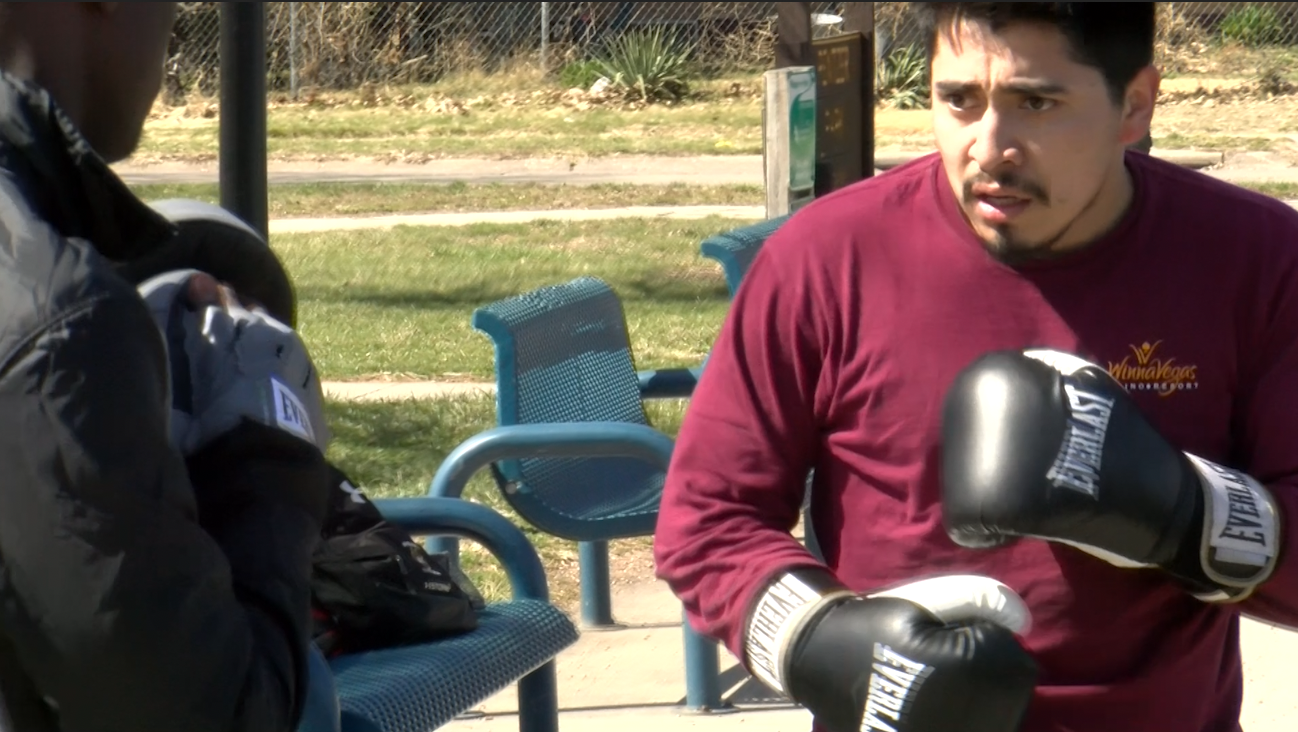 “This fight coming up is going to be definitely 100% dedicated to my coach.”

Next Saturday, Lincoln’s Ginno Montoya will be fighting for the first time since his coach’s passing.

“We all were hurt when we found out that he passed away because of COVID,” Montoya said. “It was heartbreaking to us.”

Montoya trained with Kuebler for five years at Southside Boxing Gym in Lincoln.

“He was the type of guy to always keep us together as a family and support us and push us to become better at what we do,” Montoya said.

Kak Ayaj, a former track and field athlete at Kent State who now trains as a mixed martial artist, describes Kuebler as a straight-shooter who worked to uplift and empower young people, helping them find a purpose in life.

“He was a very straightforward individual,” Ayaj said. “He didn’t try to beat around the bush. He told you as it is, whether you like it or not, very tough on you. [He was] that father figure, per-se, that other kids didn’t have.”

Montoya will be boxing in Grand Island next Saturday. He says he will take the lessons his coach taught him with him into the ring.

“He is a big inspiration to me, not only as a boxer, but as a friend, and even as a dad figure,” Montoya said. “This fight coming up is going to be definitely 100% dedicated to my coach.”

Montoya is scheduled to square off against undefeated Luis Avila at the Heartland Events Center in Grand Island. The event begins on Saturday, March 27 at 8 p.m.

Caranne Camarena wanted to create a space for artists to work on their pieces and collaborate in an artistic community, much like she had at her alma mater, Kansas City Art Institute. Overland Park … END_OF_DOCUMENT_TOKEN_TO_BE_REPLACED

February is short but sweet. This month, we share our picks for the city’s best bonbons and a lot of other unique sweets that are baked, dipped and drizzled to perfection. By Dawnya Bartsch, Martin … END_OF_DOCUMENT_TOKEN_TO_BE_REPLACED

Photo by Caleb Condit and Rebecca Norden It’s Valentine’s Day month, but fancy chocolate deserves to be enjoyed year-round. We visited chocolatiers around the … END_OF_DOCUMENT_TOKEN_TO_BE_REPLACED

Posted on December 1, 2022 Overland Park now has more access to information about its Police Department than ever, thanks to a library of online transparency-focused … END_OF_DOCUMENT_TOKEN_TO_BE_REPLACED